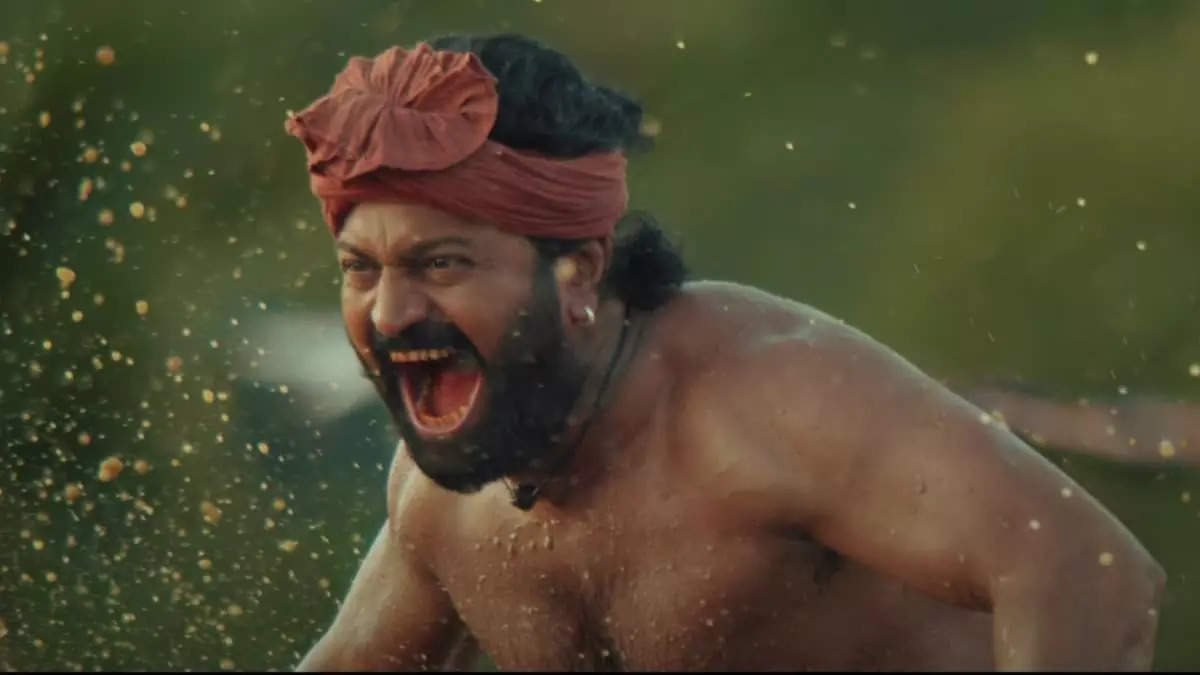 When it comes to the south film industry, we recall many blockbuster hits like RRR, Baahubali, KGF, and many others. But apart from all these films, we have many other movies that are masterpieces. One such movie that has been released in theatres is Kantara. When talking about this film, it is impossible for us to not mention Rishab Shetty. This individual is one of the renowned personalities in the Kannada industry. Rishab Shetty has not only directed the film but is in the lead role as well. Kantara’s literal meaning is the forest in Sanskrit and the film revolves around a forest as well.

The film showcases the rural beliefs and the ancient cultures impactfully. Kantara is not just a film that has been made very wisely but the experience gained while watching it is something out of the world. The folklore used to describe the story is absolutely astonishing. Produced by Hombale Films, that gave movies like KGF, and Kantara stunningly blendes old folk traditions and piousness. Shiva is an individual who is a powerful member of his clan.

Kantara’s story may seem fictional or true many times. But what’s the actual fact? So, let us get straight into the most awaited answer.

Is Kantara Based On True Story?

The answer is simply a no. The plot is completely fictional and it has not taken any references from any true or real-life incidents. The story of Kantara is set in three different timelines. In the 18th century in a coastal region in Karanataka, a king gave a large piece of land to the tribal community. This might have been done out of charity but the tribal community was happy with this decision. They all practiced cultural rites and performed their traditions.

Now, the story is narrated in the 1970s when the king’s descendant now want their land back from the tribals. He wants to regain the power on that part of the land but the people are not willing to give it back. Achyuth Kumar, a feudal lord, anyhow wants to gain control and so he comes with many laws and orders. He applies many tactics and so the tribals were protesting against him. One of the major parts played in this rebellion was of Bhoota, Shiva’s father. Shiva is none other than the protagonist of the film. In this rebellious movement, Bhoota goes missing in the forest.

After this, the story witnesses the entry of DFO officer, Murali. He sees the entire scenario with a different view. He thinks the tribal community for the sake of culture and traditions is involved in illegal practices. Shiva was already raged by his father’s case and so when Murali arrives, he fights against him. Shiva thinks it is he who is responsible for the adverse conditions. On the other hand, Murali anticipates Shiva being a smuggler who is damaging the forest and harming the resources. In one instance, they both fight against each other but as the story approaches the end, both agree on a mutual decision of destroying the feudal powers that are threatening the community.

Kantara also has a love angle. Shiva’s lover, Leela, joins the forest department. She does so for the official survey and patrolling of that forest land. In addition to this, Shiva’s brother was killed as he stood against the feudal officer. He refused to give back the land to him.

The protagonist of the film is Shiva. This character is played by the director himself, Rishab Shetty. Sapthami Gowda is in the film as Leela, Achyuth Kumar is the feudal officer and Kishore Kumar G has played the role of Murali.

MUST-READ: Is Doctor G Based On A True Story?