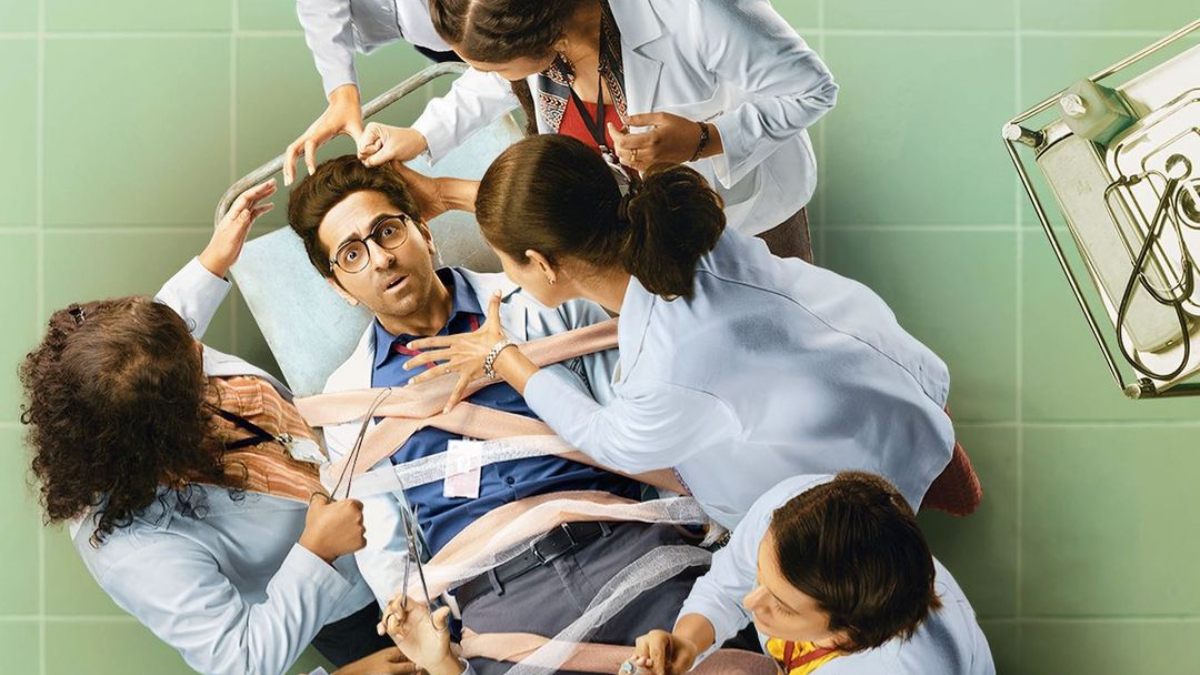 Aayushmann Khurana’s upcoming movie Doctor G is one of the most anticipated movies of 2022. The movie stars Ayushmann Khurana in lead and is cast opposite Rakul Preet Singh, talking about a man who gets into medicine but that’s the problem. He enters the Gynecology department.

What is Doctor G?

The G here stands for Gynolcology and a doctor who treats women-related issues like pregnancy, and menstruation, and another womanly diagnosis is Doctor G or Gynaecologist.

Based on the upcoming movie starring Ayushmann Khurana who is mistreated as a molester women always prefer a female doctor instead of a male gynae. He is often misunderstood as an opportunist to touch women but hates his job.

Is Doctor G Based On A True Story?

Well, it is hard to say if it’s a true story but usually, women feel uncomfortable with a male Gynae. Taking the reference to the film it is not a true story but yes it is a situation awkward for both patient and doctor at times, especially a budding doctor.

The story revolves around this boy who has enrolled in the Gynaecology department and regrets it but has no other option. He tries to opt out but can’t. Girls in his batch treat him differently and he is very embarrassed to be in a girl’s group. He now and then is seen in trouble as people with weird questions make him feel absurd. His mother also is not happy with his decision but the ship is sailed.

There are various funny elements in the film like he is been beaten for trying to get women’s modesty. Being a doctor seems to be like a curse. Ayushmann’s character is depicted as a woman in the male zone. When a woman is surrounded by men, she tends to become a center of attraction thus leading to eve-teasing and inappropriate touch.

Ayushmann Khurana’s movie choices are very impressive. Dream Girl, Badhaai Ho and Shubh Mangal Zada Savadhan, etc have made the audience see the real picture of society when it comes to same-sex marriage and lonesome people confiding in others. He has always chosen movies with a social message to open society’s way of thinking. Even in Doctor G, he has broken the stereotype of male gynae as equally good as female ones. There was once a small cameo of Abhishek Bachchan in the movie Salaam Namaste where he played a male gynecologist. This is only in India that people prefer only females to discuss any womanly problems, not males, unlike in other countries where such sexist thing never happens.

Equality comes in both ways and in the medical world man and women, are life savers. Women’s anatomy is as important as a normal person’s anatomy. They also need a proper diagnosis like any other disease. Men tend to feel awkward but this is pure science and can be deadly if not treated well.

There have certain instances that people think that male gynae are not fit in the women’s department but the previous year we saw the first transgender doctor from Karnataka. One must open the vision and proliferate with time. If doctors are not there then what will gender do with it? Immediate diagnosis should be given irrespective of the fact whether it’s a male or a female. Life is precious and it must be saved.

ALSO READ: Is The Catholic School Based On A True Story?

The movie is directed by Anurag Kashyap. The stars in the movie are Rakul Preet Singh, Shefali Shah, and Ayushmann Khurana.

Where To Watch Doctor G Online?

For now, the movie will be released in cinemas only.

MUST-READ: Is Jogi Based On A True Story?