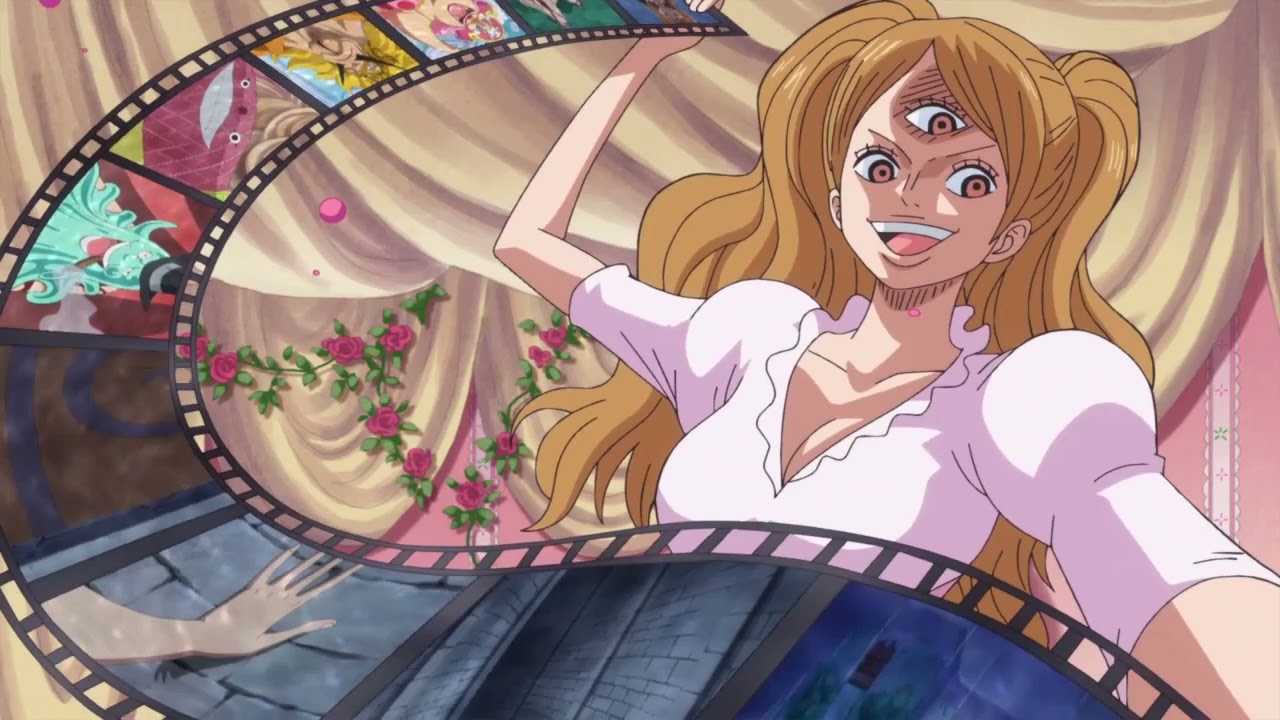 One Piece, being one of the most legendary animes, of all time, has given us loads of characters with whom we have fallen in love or just been filled with hatred over the passing of time. This may include certain big names such as Teach and others, however, when it comes to the big Mom Pirates, there is quite an uncanniness regarding certain characters. If we take the example of Pudding herself, we really don’t know how we feel for her. Towards the start of the Whole Cake Island arc, we were actually filled with more hatred towards our dear Sanji than Pudding and with the first glimpses of Pudding, fans just went crazy shipping both of them, as we had all expected quite a love story getting out of that bond. The perfect couple, and stuff, however soon everything changed regarding that when Sanji as well as us came to know about the truths of Charlotte Pudding and the delusion of love she had created in the heart of Sanji and that too being a plan of Big Mom. Yes, we do know that many of you are a bit confused regarding what’s going on and stuff and if you are just starting to watch One Piece, then we first tell you, that you may end up getting some spoilers by the end of this article.

However although a lot of questions have always remained unexplained and that has been the style of Oda for quite a long time now, we still don’t know where he will foreshadow something and pop that up somewhere else. We may end up shipping Sanji and Nami a lot, but by the end, if we look at stuff it still seems like the promises or the feelings Pudding had by the end of the arc may make Sanji go for her over Nami. Though coming to the main question and that is regarding what’s the age of Charlotte Pudding and there actually has been nothing quite well stated regarding that, however, we obviously aren’t going to keep our fans without an answer and we have stated below whatever we could have found out regarding this topic.

When it comes to the age of Charlotte Pudding, there has always been a big confusion from the first, as we all know Oda actually introduced Charlotte as the 33rd daughter of the Charlotte family, while at the same time, stating her age to be 15, which is actually practically impossible. Because when we look at the charlotte family history, we have got flambe and she can’t be anyhow younger than Flampe. Soon it was stated by Oda himself that it was an error and that Flampe was the 36th daughter of the charlotte family whereas Pudding was the 35th daughter of the family, and based on all sources and statements from Oda, we can also come to the conclusion that during the whole cake island arc, Pudding was actually of the age 16 and since then when it comes to the present time, we actually don’t know how many months or years have passed, but it may be good to assume that by now in the story time space, she is nearly 17 or 18.

Who Is Charlotte Pudding?

Now for all those who are utterly confused regarding whom this character and what is all the hype regarding this character Pudding is basically a member of the charlotte of family and a daughter of big mom, she is also one of her senior officers and it is her looks which big mom has always wanted and the third eye she possesses because of being a member of the third eye tribe, has always been something that has been asked to be kept hidden.

During the whole cake island arc, it was Sanji who also being a Germa kid, was asked to marry Pudding as an alliance, however, Sanji assuming the fact that he is lucky to get Pudding and be happy soon ends up facing the grave reality, that Pudding was playing with him and wasn’t serious at all about the marriage. But at the same time, our Sanji being one of the best guys out there, truly made Pudding understand that he liked her for who she is and doesn’t judge her for her third eye and that is what changed Pudding’s feelings towards Sanji and she actually fell in love with him by the end of the arc and also helped the straw hats to escape from there.