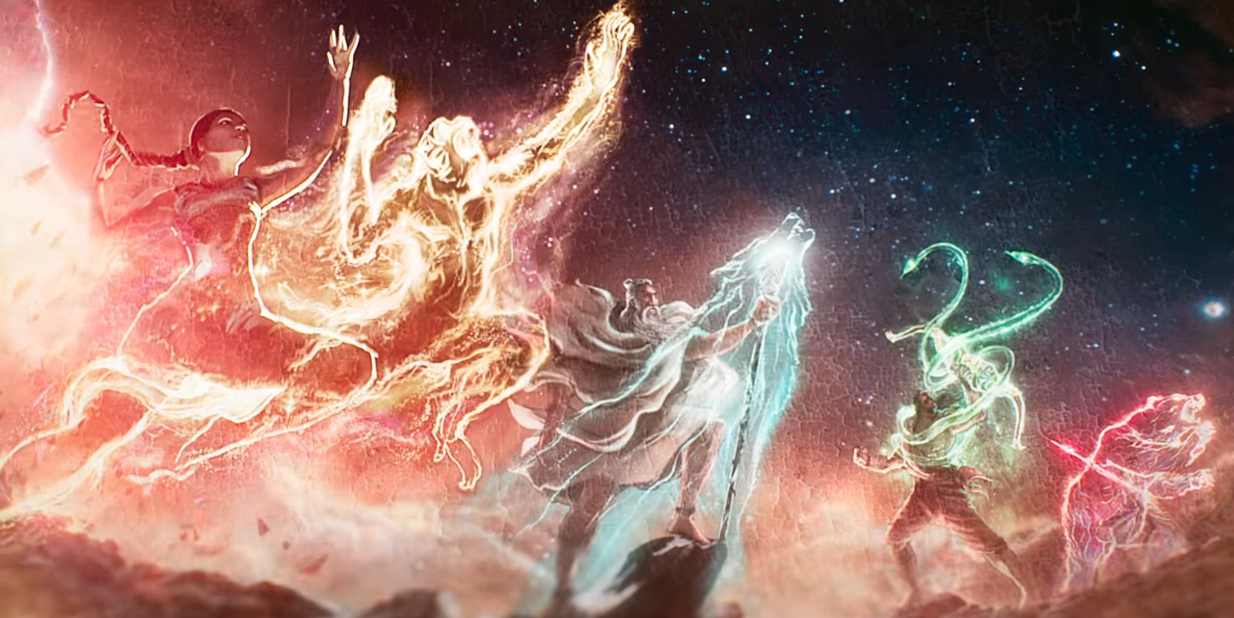 The much-awaited movie, Brahmastra has finally hit the screens. The film was expected to be a blockbuster, but it has received mixed reviews from critics and fans. The VFX and sound of the movie are spectacular, but it lacks a storyline. The concept of ‘Astraverse’ was great, but the ‘Love’ Power messed up. Overall, the movie could have been much better if you had removed the ‘Love-Part’ from a superhero movie.

The movie is about ‘Astraverse’ where various characters have different powers of ‘Astras.’ Each Astra signifies one power. The characters: Ranbir Kapoor, Nagarjuna, Amitabh Bacchan, Tanzen, Sharukh Khan, and Mouni Roy have different strengths. So, let’s explore Which Astra Is Most Powerful In Brahmastra?

Brahmastra is a single and unique Astra. It can create or destroy the world. No one possesses the power of Brahmastra as it was broken into three pieces by Amrita to save the world from Dev. In the end, all three pieces were brought together, but no powers of Brahmastra have been revealed yet.

The Astras of Astra ‘Agniastra’ is one of the most potent Astra possessed by Ranbir Kapoor, Shiva. The one with the power of Agniastra can control the fire, known as Agni in Sanskrit. With Agni Astra, you can control fire in many different ways. The movie’s end even showed how Agni Astra could control Brahmastra.

Nagarjuna has played the role of Anish Shetty, an artist by profession. Anish holds the power of ‘Nandiastra.’ Nandiastra is the Astra which has the capability of ‘1000 Nandis’. In Hindu mythology, Nandikeshwara or Nandideva, is the Vahan of Lord Shiva. Nandiastra has the powers of 1000 Nandi (Bull in English). We saw Nagarjuna pushing a truck from a cliff with that power. But when Anish Shetty dies, the forces are snatched by Junoon’s killer (Zor). His strengths are incredibly forceful, and he can beat many other ‘Astras.’

MUST-READ| Why Can Shiva See All The Astras In Brahmastra? Does He Have Any Special Abilities?

Sharukh Khan has played the role of Mohan Bhragav, a scientist by profession. Mohan holds the power of ‘Vanarastra.’ Vanarastra is the power of Vanars. Vanar Means A Monkey. The one who has the capability of Vanarastra is speedy, can jump crazily, and can break! After Mohan dies, Raftaar, one of Junoon’s killers, snatches the control. Vanarstra is strong, but it cannot beat Nandiastra.

Tenzen is a boy learning the power of Astras in the Ashram of Guruji. He has excelled in the passion of PAWANASTRA. The one who possesses the power of Pawanastra can control the wind. Tenzen can prevent the air in whichever way he wants. Pawanastra is a strong power; it can defeat Vanrastra but not Nandiastra.

As the name suggests, the one who possesses the power of Jalastra is the one who can control water. As mentioned in the movie, Amrita (Shiva’s mother) defeated Dev in water. She broke Brahmastra into three pieces. Jalstra’s power abilities are not known yet. The abilities will be revealed in the second part of the movie.

Multiple people can possess the power of Mayastra. Mayastra is the power to hide the broken pieces of Brahmastra. The one who hides it can only open it with their abilities or blood. Mayastra’s influence could be seen when Shiva opened the broken piece in ‘Shankh’ and when Mohan did it too.

MUST-READ| Why Can Shiva See All The Astras In Brahmastra? Does He Have Any Special Abilities?