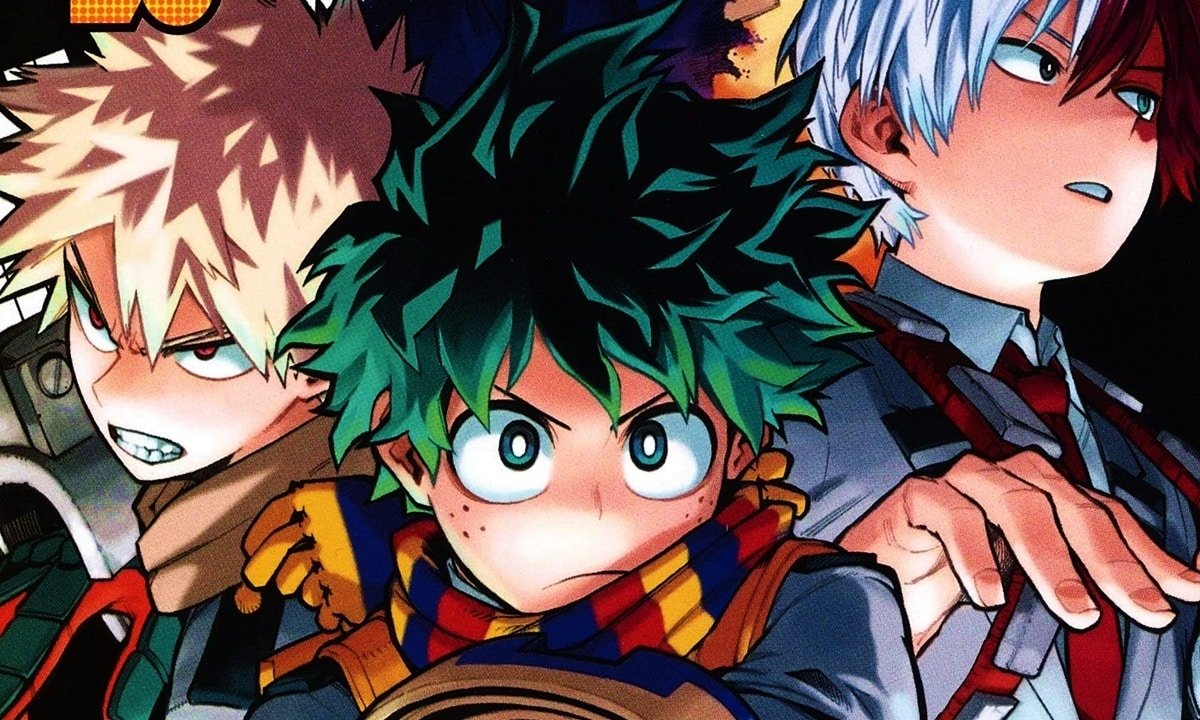 My hero academia is a popular superhero anime featuring a boy, Izuku Midoria, who is living without any power or quirk and wishes to be a superhero. He lives in a world where more than 80% of the global population has powers or quirks. These powers are used for the good of people by heroes and are also misused by criminals and villains who dream of domination and absolute power. One fateful day, Midoriya comes across the world’s best superhero, All Might, and proves his worth to him, and ends up getting chosen as his pupil, who will take over his legendary power. He trains hard to grow stronger and finally gets the power transferred to him. He joins a hero academy, dreaming of learning, gaining experience and working as a rookie hero to realise his dream of becoming the best superhero in the world. However, the path to becoming the greatest superhero is not easy and the boy is still new to his powers. He often hurts or injures himself during fights and goes to extreme lengths, pushing his boundaries and threatening his health to achieve his dream. Here are all the details about My Hero Academia Season 6 Episode 1 Release Date.

He makes plenty of friends with interesting and special quirks and meets many strong villains and criminals along the way. The main focus of the anime is the boy’s (hero name Deku) adventure, trying to realise his pure dream of saving lives along with his friends. The anime is adapted from the manga of the same name, written by Kōhei Horikoshi. The anime is written by Yōsuke Kuroda,  and directed by Kenji Nagasaki, Tomo Ōkubo and Masahiro Mukai. The studio responsible for the art and creation of the anime is the studio Bones. The first episode of the anime was released on 3rd April 2016 and has a total of 113 episodes and 8 OVAs, 3 movies and 2 games ever since its run. The anime also has plans for a live-action film powered by Legendary Entertainment. The anime releases one season each year ever since it’s release, covering the arks from the manga. In this article, we will discuss the details we have regarding the 6th season, which is soon to be released. If you are a fan of the anime or are curious about the anime, we hope you can stay till the end as we won’t be giving any major spoilers.

My Hero Achademia has reported a special event for fans! Their official website revealed the news of fans having a chance to watch the first episode of My Hero Achademia before it’s release. The event will take place at the Musashino Forest General Sports Plaza in Tokyo, Japan, and the event is named Hero festival, where many of the series’ voice actors and actresses will be present and will also act in a new drama story reading. The event is exclusive and has many other events planned out specially for the fans. It’s a shame for people living overseas to be unavailable to experience the fun together with the local fans. Even though the first episode will be released at the event, the release is completely exclusive and the episode won’t be airing on streaming platforms. Since we have a lot of fans who might shoot and illegally release the clips online, the episode might be available on many illegal platforms.

We don’t support such acts and request the fans to wait a bit longer for the official release of the episodes on legal platforms. The event is specially organised for fans as a way of thanking them for all the love they have shown towards the anime and we hope fans will realise the effort the creators took to release the 1st episode way before it’s release date. As of now, there is no specific release date for the anime announced apart from the news that it will be available in Fall, 2022. There have been many fan predictions for the anime and the most reliable one is by The Weekly Shonen Jump magazine, who teased that the anime would be released in October. The story of Deku, trying to be the no 1 superhero, will move forward and manga-reading fans are curious about how much of the arcs will be covered in this season. As of yet, Deku has already shown great improvement as compared to when he first gained All For One, and he keeps training to grow stronger.

We will finally be able to see how strong Deku has become and also the various troubles and villains Deku and his friends will be up against. In this season, many expect that more previous masters of the All For One power will make their appearance and Deku will also gain access to new powers thanks to them. We will also be introduced to new heores with interesting quirks along with the improvement of students from Deku’s class and the other classes. As of now, everything is just a prediction and we will have to wait for the anime release to answer all our questions. If it were possible, we wish to see every hero appear in the anime as of yet, as we miss everyone and have been waiting for months after the last movie. The creators have also informed that the season will end in 2022, as long as it goes according to their calculations and plans to avoid untimely accidents.

My Hero Academia has one of the best superhero characters with unique quirks and many talented voice actors. Informing all of the cast would be a big load of information for you, so we will only be mentioning the details about the students of Class A.

Hulu and Netflix provide almost all the episodes, OVA and movies of the anime series for international fans. The anime is also available on many small platforms as My Hero Academia is an anime of great calibre and has already gained many fans ready to buy the anime and watch it. The anime is a good keep for the platforms and we expect to see season 6 appearing on all the platforms the other sequels are available on, and also on a few new platforms, depending on its popularity and ratings. If you are one of the rare cases where your location doesn’t support you watching the anime, then we suggest you use VPN. VPN will allow you to change your location and stream your favourite anime from a location of your choice. This method is really helpful when you wish to watch anime or series which are available in other locations but are unavailable in yours or you can simply use it to change your location and stream for privacy reasons, as this process will help you get the privacy you require. VPN is definitely a cheap and worthy buy. These are the available options for you to stream My Hero Achademia. With this, we end our article and assure you that we will definitely release an updated article in case we receive further announcements or updates on the anime.