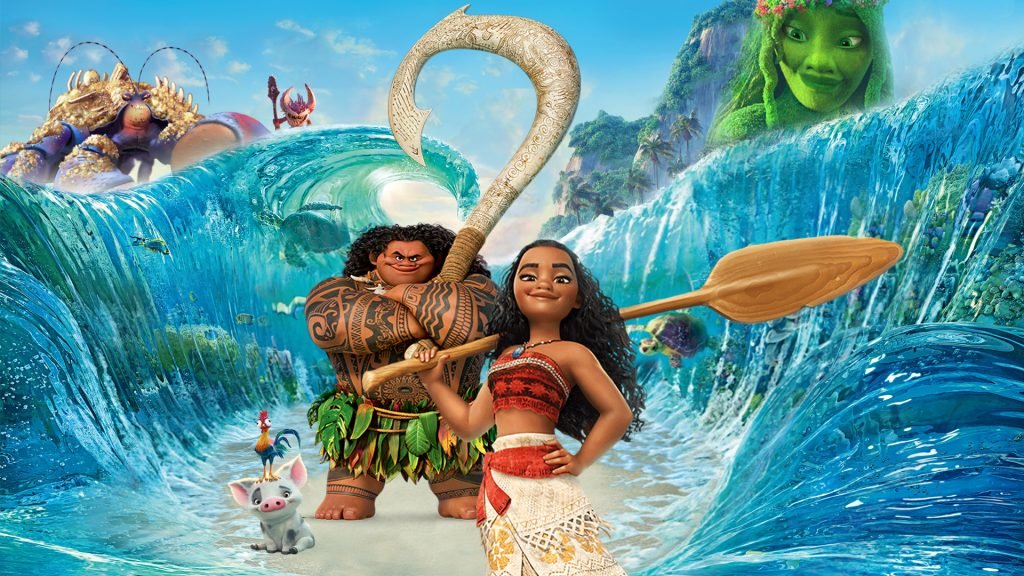 Moana is a popular 2016 animated Disney movie. The movie is an adventure musical, introducing the world with a new addition to the Disney Princess franchise. The movie proved to be a huge success and many kids were in love with the characters. In this article, we will be providing you with all the details we have regarding a possible sequel to the movie, the official cast, where to stream and a few more details. Here’s what we know about Moana 2 Release Date.

As of now, there is no official news released regarding a sequel. However, there have been many rumours and hints about a future movie. An article in 2019, focused on Lin-Manuel Miranda’s father, Luis, who hinted that the movie could be based on a completely different princess from a Latina background. He also said that Miranda is in talks with Disney about the idea. Although it sounds rather weird that the movie Moana wouldn’t primarily focus on the original Moana but a new one. It is more likely that this story won’t be the case for the Moana sequel, but maybe Manuel is working with Disney focusing on a Latina Princess and his dad is probably confused between the two. Disney is yet to release any news regarding the future of the character and the movie and it is possible that we might not get a movie and this movie stays as a single piece. Regardless of its popularity, the movie has fewer chances of being created after almost 6 years have passed after its release without any official news.

Still, it is not completely impossible for the movie to exist and there is still a slight possibility that the movie is in making and will only appear with better animation and more interesting characters. The movie is expected to pick up from where it ended by focusing on more of Moana and her adventures, as she travels through the Sea, discovering new lands, gods and myths. The initial Moana Cast is expected to make its comeback and many other star casts are expected to make their appearance in this high grossing film. However, everything is a plain prediction as of now, without any confirmed news or announcements. Fans are desperately waiting, requesting future sequels as the movie was indeed a keeper.

ALSO READ: Is Turning Red 2 Release Date Has A Long Way To Go?

Moana is gifted with amazing characters and a cast with a good acting history and experience. Following are the main cast of the movie.

Moana is voiced by Auli’i Cravalho, as the energetic, positive and curious daughter of the village chief, who loves the ocean and learns of her family ancestry. She is chosen by the ocean to restore the heart of Te Fiti and bring peace and natural resources back to the human world. Auli’i is also a part of the Hawaiian version of the film.

Young Moana is voiced by Louise Bush, as a small child who is destined to be the next village chief and is playing by the sea where she gets chosen by the ocean.

Maui is voiced by Dwayne Johnson, as a proud, narcissist demi-god who tries his best to win the hearts of humans and steals the heart of Te Fiti in the process. He gets banished to an island and his magic hook is taken away from him. He is convinced by Moana to join her on the journey.

Tala is voiced by Rachel House, as Tui, the village chief’s mother and Moana’s grandmother, who witnesses Moana being chosen by the ocean and supports Moana’s ideas. She has a special bond with the ocean and knows the secret of her ancestors. Rachel also took part in the Māori version of the movie.

Tui is voiced by Temuera Morrison, as the overprotective chief of Motunui, and Tala’s son, whose main objective is protecting his village and his family. He is against the idea of travelling far in the ocean after Te Fiti’s curse made the currents of the water strong. Temuera is also a part of the Māori version of the movie.

Sina is voiced by Nicole Scherzinger, as Moana’s calm and supportive mother and Tui’s wife. Nicole is also a part of the Hawaiian version of the movie.

Tamatoa is voiced by Jemaine Clement, as the giant crab, who is obsessed with treasure, luxury and shiny items. He lives in the Realm of Monsters and the magic hook of Mauii is in his possession. Jemaine also takes part in the Māori version of the movie.

Heihei is voiced by Alan Tudyk, as Moana’s pet rooster who follows Moana on her journey and ends up helping her on multiple occasions. He also gives his voice as Villager No. 3, an old man who suggests cooking Heihei because it’s useless to keep the useless pet around.

Fisherman is voiced by Oscar Kightley.

Villager No. 1 is voiced by Trou Polamalu.

The following cast is also expected to be a part of the future sequel along with a few extra star actors and actresses. As of now, we still have to wait for more updates.

Moana was directed by John Musker and Ron Clements. The story was given by Clements, Musker, Don Hall, Pamela Ribon, Aaron Kandell and Jordan Kendell. The movie was produced by Osnat Shurer and the screenplay was given by Jared Bush. The movie was released on 14th November, 2016, at the AFI Fest and on 23rd November, 2016, in the United States. The movie has a runtime of approximately 107 minutes, and managed to make a box office revenue of $645 million on a budget of $ 150-170 million, making it a high grossing film. On 10th December 2020, it was announced that a series based on the movie would be released somewhere in 2024 after pushing its dates from 2023. The series will be available to stream on Disney+ Hotstar. The series will be one of the first spin-offs of Disney, to be produced by Walt Disney Animation Studios, instead of the Disney Television Animation branch. This in itself is a huge achievement for the movie. The story for Moana features Disney’s very first Polynesian princess. Moana is the next chief of a village named Motunui. She is chosen by the ocean and is a strong-willed, positive, smart and confident girl who sneaks out of her village to go on an adventure to find the demi-god Maui, and restore the heart of Te Fiti, which was once stolen by him, resulting in chaos in the human realm. She has a hard time convincing the demi-god and they face a lot of troubles and challenges along the way. The plot is original, taking reference and inspiration from Polynesian myths.

Where To Watch Moana Online?

Moana is available to stream on Disney+ Hotstar. You can also buy, rent or watch the movie from YouTube, Google Play Movies & TV, and Amazon Prime Video. The movie is also available on a few small platforms and common animated movie platforms, thanks to its popularity. If a second movie were to be released, we expect the movie to hit the theatres first and then be available on Disney+Hotstar and other similar platforms where the initial movie could be streamed. The movie should also be available to rent, buy or watch from the above-mentioned apps and platforms.

If you are living in a location where you are unable to have access to the movie, we suggest you use VPN. VPN will allow you to watch your favorite movies, shows and other content which is unavailable or hard to access from your location. You just have to buy the subscription and use it, changing your location to a favorable one, where the movies or shows are available. VPN is a good and cheap buy, used by many satisfied customers. Using this method, you can gain access to a wide range of shows and movies, explore different content and learn from things which are not available in your location, and hide your location by changing it, making it the best way to protect your privacy while streaming online. These are all the possible ways for you to stream the movie and we will release an article in case we receive any news or official announcements regarding the movie.