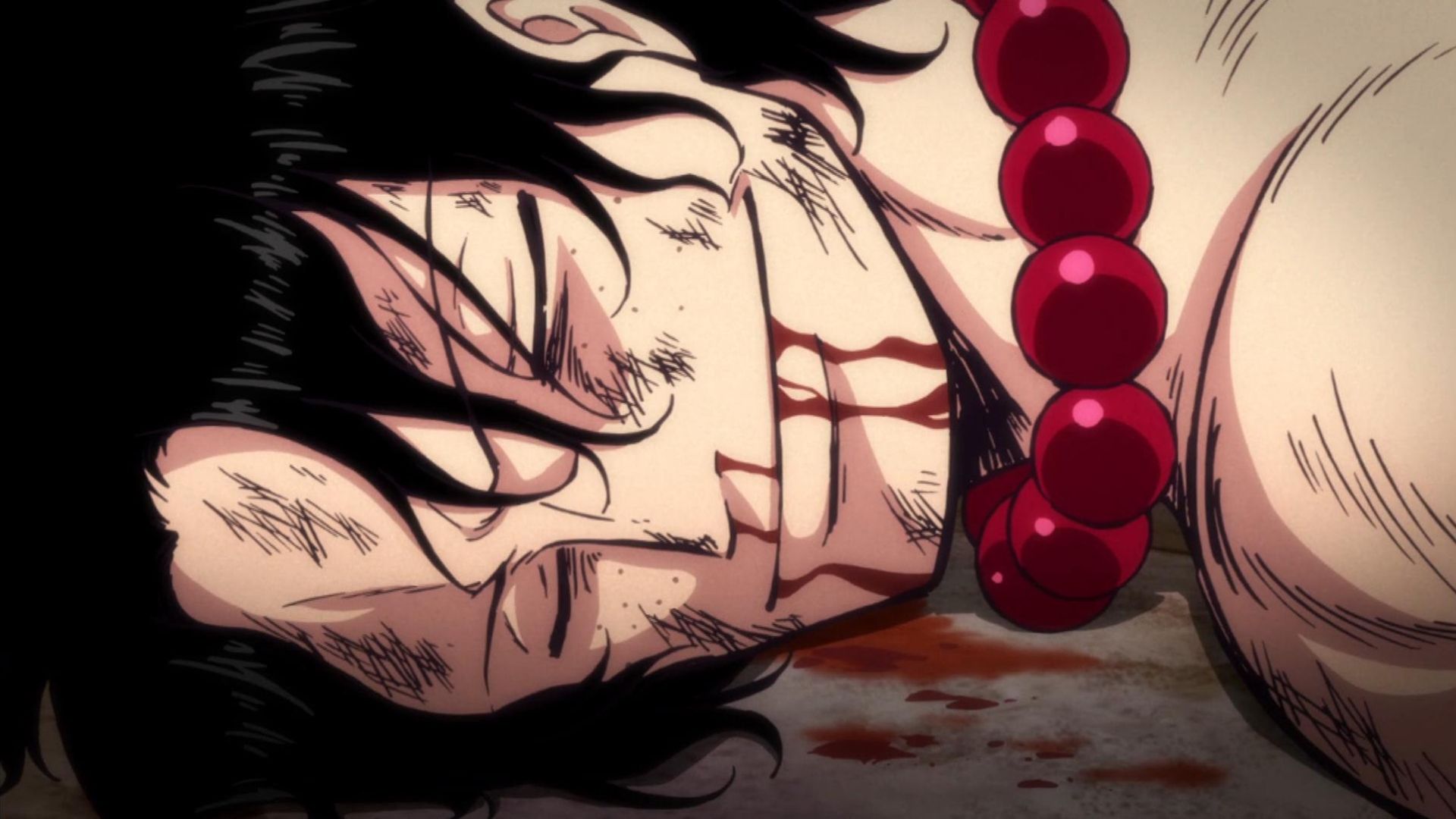 Portgas D. Ace more precisely known as Ace is a character in the anime and manga series one piece, the series was written by Eiichiro Oda and is published by Shueisha, the series is a classic anime that everyone loves, it has got ratings of 8.8 out of 10 on IMDb, 8.6 out of 10 on MyAnimeList and One Piece scored 88% on Filmy Rating.

Ace is a lovable character in the series, and his death upsets everyone the moment where he dies is emotional. His final words to his friends and brother were heart-touching to say the least, it was definitely one of the most emotional moments.

What Episode Does Ace Die?

Ace’s death happens in episode number 483, the episode name is Looking for the Answer – Fire Fist Ace Dies on the Battlefield, in the anime scene, it can be seen that all the characters Luffy, Jinbe, Marco, and Vista are sad and emotional about the condition of Ace, he has been punched by Admiral Akainu, and all of his friends who are like his family rushes to help Ace, but Ace has realized it is his end, Akainu tries to attack Luffy while he is with Ace in his dying moments, but Jinbe saves Luffy.

The doctors try to save Ace, but his wounds are internal, Akainu has burned his organs internally, and nothing can be done to save Ace, when ace was dying young pirate gets emotional and think about Ace’s promise that he made when they were kids, Ace had promised young pirate that he would never die, and will always save him.

Ace thanks Sabo, as he thinks Sabo was the reason he got the will to live earlier, Ace tells Luffy to say hi to Dadan, who helped them, both Luffy and Ace are thinking about their journey and moments together, and Ace is sad that he can not be around to see Luffy’s dreams come true.

Ace’s voice starts to weaken and he thanks everyone for taking care of him, he thinks that he is good for nothing and he is really grateful that they cared for him, Ace is crying because of all the love he got when he was alive, and he dies with a smile, as he does not have any regret, but Luffy is sad, he can be seen mourning his brother’s death, and all his friends are sad about Ace.

This scene in anime is enough to make anyone cry, you can feel the sadness, and the love, the sadness of Ace, when he thinks he is good for nothing, the world never needed him, anime can make you feel the raw emotions really wonderfully.

Characters In The Episode In Which Ace Dies

The series has received praise for its storytelling, art, characterization, and humour. One Piece has gotten a lot of awards and is ranked by critics, reviewers, and readers as one of the best manga of all time. Several parts of the manga series have broken many records. In 2015, a Guinness World Record for “the most copies published for the same comic book series by a single author”, was made by One Piece. It was the best-selling manga for eleven years straight from 2008 to 2018, as well as the only series that has achieved sales of more than 1 million copies. Moreover, One Piece is the only animation series whose parts have ranked first every year in fourteen years of Oricon’s Manga Sales Ranking presence.

One piece is number 1 in the list of sales, and it is in the big 3 anime list, which includes Naruto and Bleach. It also sets a cultural impact on the world, as a gene in the fruit fly is named after a character of One Piece ‘Buggy’, the gene is names Baramicin,