Aashram is an Indian crime drama web series directed by Prakash Jha and a story by Habib Faisal. The series has a total of two seasons with the third one being released on June 3rd, 2022. The series has a total of 18 episodes with a runtime of approx one hour each. The trailer for the first season was released on 16th August 2020 and brought a great response from the public for its unique concept and popular celebrity cast. The first season is available for streaming since 28th August. The trailer for the second season was released the next day, on 29th August, and season 2 was released on 11th Nov 2022 on the OTT platform MX player as its original series. The series made its TV debut on 11th October 2021 on the Q channel. The series was under fire for its controversy. The makers and the set were targeted by Bajrang Dal (A nationalist Hindu organisation), for defaming Hindu people and the Ashram system in their series. The story is not based on a true story but instead takes references from real-life situations. It is currently one of the most viewed series in MX Player.

Where To Watch Aashram Online?

The series is exclusive to MX Player. MX has both seasons of the Aashram. MX online platform has its original series, web series, movies, TV shows, and Music videos, all of these and you can access it for free. This means you can watch Aashram on MX Player for free!

The trailer for Aashram 3 was released on 13th May 2022, on YouTube. The trailer starts by showing Parmindar’s malice against Kashiwale Baba. His followers show huge support to him and he calls his words to be the law. He always gets what he wants and is fearless. Hukum Singh is worried about the citizens, and Bhopa Swami hands him a menu card which contains a list of cabinet members, with the lowest price starting at 35 crores. Hukkum is shocked to which Bhopal assures him saying it is revisable. A new character Sonia is introduced who appears to be a die hard follower of Baba but has some ulterior motives for seducing him. Baba has a talk with Bhopa dreaming of being in the centre of everything while earning in dollars. Bopla is seen to receive expensive gifts while Baba pretends to be a righteous and holy figure in front of his followers. Bhopa warns Baba, saying they should only play with his followers’ trust in the name of Ashram and never actually dream of turning into the real deal, as they are far from pure and holy and will eventually be exposed.

Baba calls himself a god, and names himself God Nirala. His followers start to worship him as one. He wants to make a new world and era. Reporters cover his God-image as he gains a lot of popularity. CM Sundarlal laughs at the concept, knowing the baba is a fraud. Ujagar Singh makes an entry investigating Baba’s suspicious acts. Parvinder expresses her will to kill the Baba to him. Baba states that his paradise will follow his rules and regulations. Sonia turns out to be Hukkum Singh’s accomplice, who hands him the files and documents required to bring the baba down. Baba faces a backlash from the townspeople and CM and is enraged with politics trying to ruin his plans. Parvinder pledges to show Baba’s true colours to the world. Bhopa thinks Baba has lost his mind after looking at his actions. Baba declares that he will kill everyone who comes in his way. At the end of the trailer, Baba is seen approaching something in a dark room, saying he’s now closed and will soon reach it. 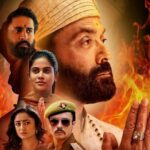 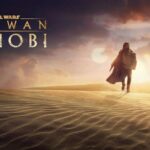