One piece is a 1997 Japanese Fantasy, Adventure manga series Written by Eiichiro Oda, the manga series got an anime adaptation on Oct 20, 1999, and it’s ongoing. The fantasy adventure manga is also one of the best selling, manga of all time Naruto might be popular but the popularity of one piece is still untouched. Many mangas are released now and then but still, none of them managed to exceed the popularity of this fantasy adventure manga. The manga is incredibly popular all around the world and you might be thinking what if the manga is popular the anime series might have not done well, that may be the reason why everyone brags about the manga. However that is not the case with One-piece even with the massive success of the manga, One-piece has proved itself how good of an anime series it is. The series is one of the most popular anime of all time competing with naruto side by side, what makes one piece so unique is the characters and the well-written stories apart from the pirate which is everyone’s favourite part about the series obviously what makes it even more interesting are the backstories of the character which can make you cry at worst times.

If the two of them go for a face-off battle then there is no doubt that Big mom will eventually win the match, Kaido has already lost to others too many times so winning a match against him would be no big deal for big mom, let us tell you nobody has ever defeated big mom in a battle so far that might have you an exact idea of how powerful and fearsome of a character she is as a character. Big mom is better in terms of everything if she is compared to kaido she has better speed, and she is more powerful in comparison to kaido so the debate of who will win against kaido and big mom is kinda pointless. however, In terms of durability, Kaido takes the score because even after falling from the sky he did not have a single scratch on his body. Big mom on the other hand is extremely good at dodging bullets, Bege tried to kill her but he also failed badly. Even with the title of Strongest Creature in the World Kaido can not beat big mom at any stage because that is just a title given to him he has not proved it to be anywhere near true yet so it can be concluded that if a battle between the two of them takes place then big mom will flawlessly beat kaido at once.

Kaido is one of the characters in the one-piece manga he is the leader of the beast pirate and one of the four emperors of the sea. he is also known as the king of the beast along with given the title of the strongest creature in the world. Out of all living Yanko Kaido has the biggest bounty of 4.6 billion berries, even though he is the strongest character he has been caught by the navy and enemy ships eighteen times. He was tortured time after time and lived as a prisoner he has been sentenced to death forty times but none of that worked and as we know he is still alive and doing great. Kaido himself has tried to kill himself many times but that did not work either after all these facts you might have found the conclusion that he is immortal. Kaido can not die but he has lost many times as a pirate but none of them was able to kill him.

Who is big mom?

Big mom is one of the four pirates in one piece along with kaido, big mom was not always known as big mom. Sixty-eight years ago she was called Charlotte Linlin, her birth parents dropped her off at Elbaf
at a very young age and they never came back to take her back. Later on mother Carmel took care of her from an early age, as a young child Linlin was a very kind girl which changed after she got to know about things. Linlin became engaging in pirating activities raising villages for sweets and treasures and she quickly gained about a bounty of 50 million berries, while she was still young she became more powerful and fearsome. Linlin gave birth to her first child at the age of eighteen and since then she has birthed a child every year for forty-two years and that’s how she earned the name of big mom. Sometimes she gave birth to multiple children at the same time and now has a total of eighty-five children in total from her forty-three husbands.

The one-piece anime series premiered on October 20, 1999, the series has completed 1017 episodes so far and it’s still an ongoing anime. Apart from the series one piece has multiple movies under its belt on August 9, 2019, One Piece: Stampede was released which did extremely well both overseas and within the country. One-piece can be considered a never-ending saga of content because even though the manga was released in the year 1997 it’s still going which means viewers will keep getting one piece of content until the manga gets completed. With all this content sometimes it might get challenging for their fans to keep up with the latest releases but that does not make this fandom any less crazy they enjoy each content of one piece with ease they are ready for tonnes of new movies and episodes.

One-piece follows the story of some pirates, at the beginning of the series the narrator gave a brief introduction of gold roger the king of pirates attained wealth, power and fame everything that the world had to offer. The words he uttered before his death drove people to the sea, he said that he has left everything the world had to offer if they want his treasure then they can have it but they have to find it themselves. So the men headed for the grand line in pursuit of their dream and the world entered the great pirate era. After this introduction, a cruise was attacked by some pirates and the life of the people inside the ship was in danger iron club alvida the women pirate took over the ship and damaged it badly.

The pirates then started looking for valuables, the pirates opened a big barrel only to find out the kid was awakening from his sleep. They tried to kill the kid with knives but they broke and the kid introduced himself as Monkey D. Luffy. Luffy then dragged Coby to a room filled with food and started feeding himself, Luffy tells Coby that his ship got swallowed by a giant whirlpool and that’s how he ended up here. Coby tells him that no one could survive from the whirlpool, Luffy asks him if he is also among one of the pirates and Coby tells his story of how he ended up on this ship with the pirates. On a fateful day, he got on a boat and went to the outskirts of the town for fishing but it turned out that the boat was headed for a pirate ship and it’s been two years since then and in exchange for his life he has spent these two years as a chore boy. Alvida pirates started taking the valuables from the ship to their pirate ship before the arrival of the navy. Luffy and Alvida get indulged in a battle and Luffy reveal himself as the rubber boy, Alvida then asks him if he has eaten the devil’s fruit and Luffy tells her he has Luffy then throws Alvida in the air with his one punch wins the battle. From then on Coby and Luffy stick together to fulfil Luffy’s dream of becoming the king of the pirates even though Coby wanted to join the Navy at the beginning of the series he follows Luffy around in his journey.

One piece has an end number of characters we can’t even list down all the characters however some of them are super interesting and powerful that are everyone’s favourite. In one piece anime series Tanaka Mayumi voiced the character of Monkey D. Luffy, Nakai Kazuya voiced Roronoa Zoro, Hirata Hiroaki voiced Sanji, Yamaguchi Yuriko voiced Nico Robin, and Tony Tony voiced Ootani Ikue. Nami is voiced by Okamura Akemi, Usopp is voiced by Yamaguchi Kappei, Portgas D is voiced by Sakaguchi Daisuke, Brook is voiced by Cho, Charlotte Katakuri is voiced by Sugita Tomokazu, Franky is voiced by Yao Kazuki and Trafalgar Law. voiced by Kamiya Hiroshi.

Where To Watch One Piece Online?

ALSO READ:  One Piece: What Is The One Piece Treasure? 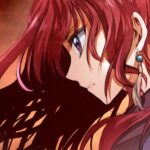 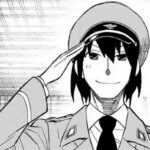