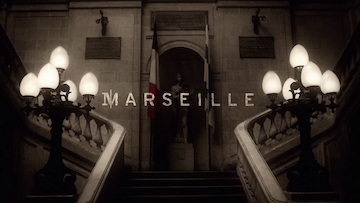 Welcome to Marseille, a French political drama streaming television series created by Dan Franck. Released under the production of Federation Entertainment, the series, as said earlier revolves around the political drama, and the rivalry war between the two men, or more correctly, foes for the throne of the city.

Season 1 got released on May 5, 2016, and season 2 on February 23, 2018, with 8 episodes each. About its ratings, it got 6.9 ratings on IMDb and a poor 33% on Rotten Tomatoes. The series received negative acclaim in France. With the bad ratings and reviews, people said its concept and dialogues are of some 90s era, which is just outdated, however, it received some positive response from France.

Well, with these ratings, the fans are worried if there would be the next installment or not. So, here is the news. After season 2, Netflix canceled more installments of the series due to the poor ratings it got. Calling it an “industrial accident”, it even didn’t mark the Netflix viewership, and hence, its cancellation was possible. There can be a chance of its renewal if it is picked up by some other network. Well, that is the future, and no one knows what would happen next.

Political drama, revenge, betrayal, war, and what not! Well, these are the main headlines that surround the French series Marseille. To do anything for that one chair is the main tagline of the series, and that is too between the family members. Well, not surprising much, as it has become a common thing nowadays. Robert Taro has been the mayor of the city of Marseille for 20 years which is such a big deal. But, with growing age, he thought to pass his commands to his successor, Lucas Barrès. Then, where did the war start? The war started when Lucas deceived Robert by playing against him. Well, that all also affects Rachel, Robert’s wife, and his daughter too who is a journalist.

Before his retirement, he wanted to redevelop the port and the casino, but Lucas was against it with some others. After being betrayed by Lucas, Robert decides to stand in the election to save the city. It was revealed that Lucas is his adopted child, but still, he was a cheater who was hoping to grab the seat for the last 20 years. Well, every character has his/her hidden face, which was revealed in every episode. Where Julia was against Robert’s decision of fighting the election one more time, Rachel was in his favor. By the time, Lucas’s real mother’s identity was revealed. Well, it is on whole a political drama, and it is recommendable to those who love this genre. Till now, there is no confirmed plot for season 3 as it is not renewed yet.

Both seasons had a French cast, as of course it is a French series. But, English voice stars dubbed the French dialogues into English. The main lead stars Gérard Depardieu, Benoît Magimel, Géraldine Pailhas, Nadia Fares, and Stéphane Caillard in the characters of Robert Taro, Lucas Barrès, Rachel Taro with Vanessa d’Abrantes and Julia Taro. The supporting cast includes Guillaume Arnault, Hedi Bouchenafa, Nassim Si Ahmed, Jean-René Privat with Pascal Elso as Eric, Farid, Selim, Cosini, and Pierre Chasseron. Other casts include Carolina Jurczak as Barbara, Eric Savin as Pharamond, Hippolyte Girardot as Dr. Osmont with Lionel Erdogan as Alain Costabone. As season 3 is canceled till now, so is the cast, some other network picks it up for further installments.

As of now, there is no official trailer for season 3, and the makers have not renewed it yet. It means that the viewers have to wait for some more time to get any hearing from the makers themselves. But till then, they can watch the trailer of season 2, which can help the viewers to decide whether to watch the series or not.

Where To Watch Marseille Season 3 Online?

Both the seasons are released on Netflix with the first two episodes of season 1 released on the TF1 network too. Well, it didn’t mark up to the desired ratings, the viewers can have a look to decide if the series is of their type or not.

MUST-READ: Chief Of Staff Season 3 Release Date And Other Updates! 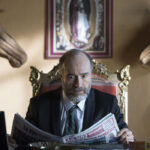 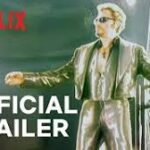