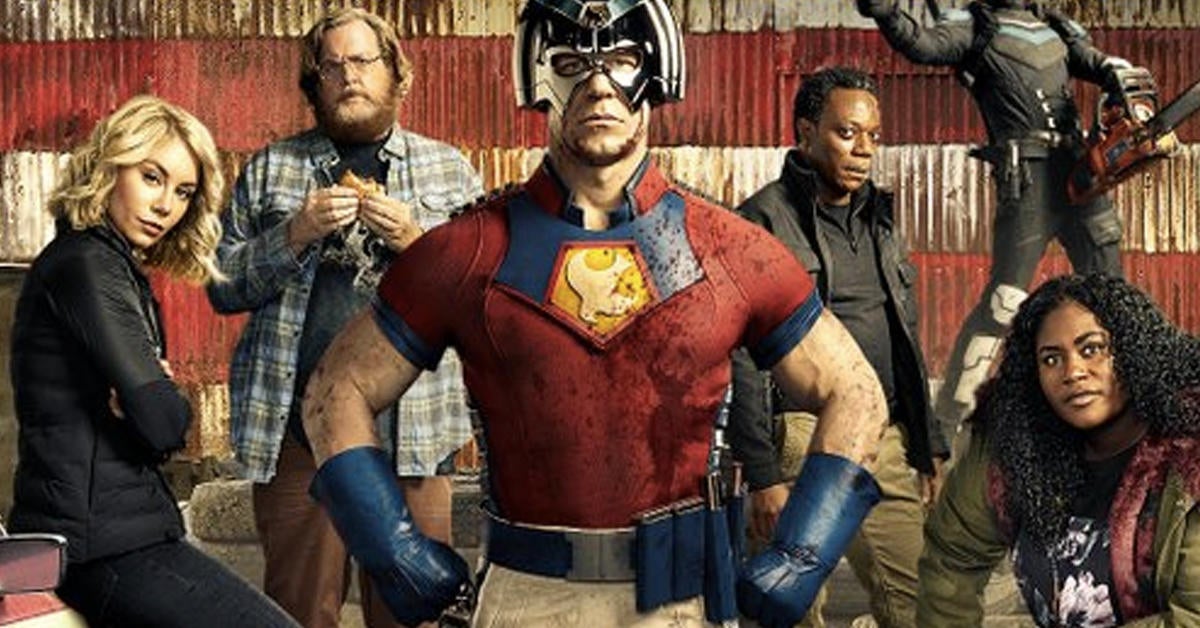 It’s been just a month since we have heard about the suicide squad spinoff series, an original adaption from the dc comic character peacemaker. The series starring John Cena as the lead protagonist, peacemaker has ended up being a great hype among all the dc comic fans and the people who love suicide squad. The show is going to be full of comedy and action as we have already seen from the trailer of the series. The series is set to premiere on the 13th of January. Can be considered a great new year’s gift from the dc comics universe towards its fans.  We are going to see the drop of three episodes together on the same day while all the dates of release for the show have already been announced. The series has already received many positive reviews from the critics, so we are looking forward to a great series.

The show peacemaker has already announced that it will have a total of 8 episodes and the which will start airing from the 13th of January and will end by February 17. If we are looking at the actual adaption from the dc comics, the entire storyline can’t be summed up in only a single season so we can obviously expect a renewal of the series.

The great fact for the fans is the first three episodes of the series will drop together on the 13th January 2022 a with the 4th episode dropping on the 20th of January. The name of the second episode of the series has also been revealed which is “best Friends Never”. The show is ready to premiere on HBO max and will also be available on Hulu. Each episode of the series is expected to have a total runtime of about 40 mins. Thus, we all have to wait till Thursday for the episodes to premiere.

The entire story is about a superhero who is a rising hero in the industry and is known for achieving peace at any cost. If we are looking at the comics of the series the hero will obviously struggle a bit to get recognition from people. just like the suicide squad, we see the formation of the peacemaker’s own squad and along with that, we see the peacemaker’s dad playing a big role, a negative one throughout the story. The peacemaker is treated like a maniac killer by the government while he starts working for them as a professional killer, there is also a funny scene where we see him in the hospital and nobody recognizes him as a superhero.

Peacemakers have also got an eagle as a pet which adds to the comic sense of the series. The main story consists of a peacemaker showing the humane side of him and proving that he is not a maniac killer as he wasn’t able to kill a child when he is ordered to. The story will follow many such events in which the peacemaker deals in his own way and tries to attain overall peace and leads the whole team into more chaotic events

As the show hasn’t premiered yet, it’s hard to say what we are going to see in the second episode, but we can easily be sure that by the second episode we will get a character of peacemaker’s father and how he gets in contact with his team, most probably it will be an episode concerned with peacemaker making his links with the government. To know more about the second episode, we will have to wait till 13th January when all three episodes of the series premiere together.

The cast for the series has already been confirmed by the makers, we will have John Cena playing the lead protagonist along with Steve Agee as John Economos, Danielle Brooks as Leota Adebayo, Robert Patrick as Auggie Smith, Jennifer holland as Emilia Harcourt, Chukwudi Iwuji as Clemson Murn and many other famous actors playing the side characters for the series.

We have already received a blast for a trailer and many small scenes from the series which has hyped up the audience much. To check out all those videos, just search pacemaker on YouTube and enjoy.

ALSO READ: Everything You Need to Know About Tehran Season 2 Release Date!