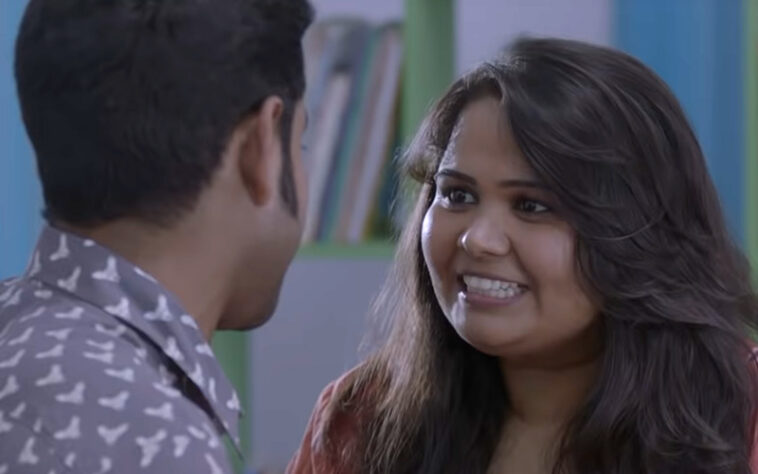 Pushpavalli is an Amazon Prime Video series created by Sumukhi Suresh. She is also the lead cast of the show. It is a comedy-drama series with two seasons so far. The first season premiered on 15th December 2017 while the second season streamed on 20th March 2020. The character of Pushpavalli is based on Sumukhi’s own personality and she has portrayed her own role rather beautifully. If you liked this show then here are six other shows which you will love to watch!

Based on Lindy West’s book Shrill: Notes from a Loud Woman, Shrill is an American comedy television series. It was created and developed by Alexandra Rushfield, Lindy West, and Aidy Bryant. The first episode premiered on 15th March 2019 on Hulu. The series was also renewed for a second season in April 2019 and the first episode of Shrill Season 2 premiered on January 24, 2020. The final season was released on 7th May 2021 and contains a total of 8 episodes.

The plot of this show follows Annie Easton, who is described as a fat young woman who wants to change her life. However, she doesn’t want to alter her body. She aims to become a journalist, all the while juggling sick parents, bad boyfriends, and a perfectionist boss. As the world constantly tells her that she is not good enough because of her weight, she begins to realize that it doesn’t matter what her body type is because she is as good as anyone else. The cast includes Aidy Bryant as Annie, John Cameron Mitchell as Gabe Parrish, Lolly Adefope as Fran, Luka Jones as Ryan, Ian Owens as Amadi, and Patti Harrison as Ruthi.

Directed by Nupur Asthana and Anu Menon, Four More Shots Please! is an Indian TV series on Amazon Prime Video. The series consists of two seasons of 10 episodes each. The first season came out on 25th January 2019 and the second on 17th April 2021. Currently, another season is in the works and is likely to be released in 2022. The series is also Amazon’s first all-women-protagonist show.

The story revolves around four unapologetically flawed women who are friends and live their lives on their own terms. Damini, Umang, Anjana, and Sidhi embark on a journey together discovering love, heartbreak, happiness, and satisfaction. They also find out what really makes them tick through shots of tequila in millennial Mumbai and their friendship. The cast includes Bani J as Umang Singh, Sayani Gupta as Damini Rizvi Roy, Maanvi Gagroo as Sidhi Patel, and Kirti Kulhari as Anjana Menon Khanna.

Queer Eye is an American reality TV series, a reboot of the Bravo series with the same name. It was first released on 7th February 2018 and features a renewed Fab Five. The characters are Tan France as a fashion expert, Antoni Porowski as a food and wine expert, Bobby Berk as a design expert, Jonathan Van Ness as a grooming expert, and Karamo Brown as a culture expert. There have been 47 episodes released so far.

The show is popular amongst the LGBT community for its strong representation. It also includes a representation of people of color. The fifth season of this show was released on 5th June 2020. Queer Eye was then renewed for another season which premiered on 31st December 2021. This award-winning show has an exceptional rating of 97% on Rotten Tomatoes and an average of 8/10 on IMDb. The show is created by David Collins and edited by Joe DeShano and Mathew D. Miller. Each episode has a run time of about 45-51 minutes.

ALSO READ: THIS IS US SEASON 6 EPISODE 1 RELEASE DATE, CAST, AND PLOT UPDATES!

Created by Laurie Nunn for Netflix, Sex Education is a British comedy-drama series that follows the lives of a bunch of high school students, parents, and the school staff. The story is set around a fictional school called Moordale where the students suffer from various personal problems, often related to sexual intimacy. It has three seasons so far and another season is in the works. The very first episode was released on 11th January 2019.

The plot revolves around Otis Milburn, an awkward high school student who doesn’t have a good experience with his love life. However, when it comes to giving guidance related to sexual problems between individuals and partners, he has got a special gift. He lives with his mom Jean, who is also a sex therapist. He then teams up with Maeve Riley and they begin a secret sex therapy clinic. The cast includes Asa Butterfield, Emma Mackey, Gillian Anderson, Connor Swindells, Ncuti Gatwa, Alistair Petrie, Kedar Williams-Stirling, Aimee Lou Wood, and Mimi Keene.

Streaming on Netflix, Russian Doll is another American comedy-drama series. It is created by Leslye Headland, Natasha Lyonne, and Amy Poehler. This series has one season and the first episode was released on 1st February 2019. It has a rating of 7.8/10 on IMDb and 97% of people seem to like the show on Rotten Tomatoes. In March 2021, the series was renewed for a second season. The cast includes Natasha Lyonne, Brooke Timber, Greta Lee, Yul Vazquez, and Charlie Barnett.

The plot revolves around Nadia, who is on a journey to becoming the guest of honor at a New York City party. However, she gets into a weird loop of time where she relives the same event over and over again and she dies at the end of the night in each loop. The next morning, she gets up again, unharmed, only to die at the end again. Later, she comes across Alan Zaveri who is also stuck in a similar situation.

An American sketch comedy TV series, Portlandia stars Carrie Brownstein and Fred Armisen. The series is set in Portland, Oregon and it portrays the culture which it is famous for, that is, hipsters. Produced by IFC Original Productions and Broadway Video Television, Portlandia is created by Armisen and Brownstein. The episodes are directed by Jonathan Krisel. The first episode was released on 21st January 2011 and has a total of 8 seasons.

Fred Armisen is a former “Saturday Night Live” cast member and Carrie Brownstein is a rock ‘n’ roll guitarist. Both of them used to perform as the internet sketch-comedy duo ThunderAnt. After that, they were cast in this fun and laid-back show which portrays a Pacific Northwest city and is home to many eccentric characters. Some of the recurring guest stars include Ed Begley Jr, Kumail Nanjiani, Natasha Lyonne, Jeff Goldblum, and Kyle MacLachlan.

ALSO READ: ARE SAFAREE AND ERICA STILL TOGETHER OR THE COUPLE BROKE UP? 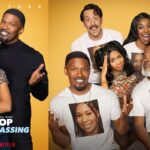 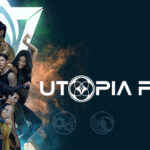