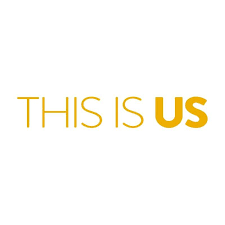 This is Us is an American television drama series, premiered on NBC from 20th September 2016 to the present. In this series, they show several different time frames of families and lives of two parents and 3 children.

As of now, This is Us has 88 total episodes in its 5 seasons.

In 2016 September, NBC released this series’s first season with 18 episodes. In January 2017 this series got renewed for its second season with again 18 episodes 40 min long. This series got its third season in May 2019 and its fifth season on October 27, 2020. In May 2021 NBC announced that the sixth and last season of This is Us will release in 2022.

This is Us Season 6 Episode 1 Release Date

This is Us official Twitter account announced that episode 1 of This is Us Season 6 will premiere on NBC on January 4th,2022, they confirmed this date on November 2021. As this is going to be the last season of this iconic series, NBC has decided to do a “Fan Event” on NBC’s Youtube channel before the premiere of the first episode on 4th January at 3 p.m. ET/12 p.m. This event will include Set Tours, Bloopers, Trivia, Fans Shoutout, Iconic Scene Reflection, Exclusive Interview, a sneak peek from season 6, and more! They announced this event on December 20, 2021.

This is Us Season 6 Story

Kevin, Kate, and Randall (called the “Big Three”), as well as their parents Jack and Rebecca Pearson, are the focus of the show. Kevin, Kate, and Kyle were born prematurely on Jack’s 36th birthday in 1980, and their brother Kyle was stillborn six weeks later. The story centers on the present, with flashbacks revealing the family’s past.

Jack and Rebecca, both are white, decide to adopt an African-American child named Rendall who was born a day before and taken to the same hospital by his biological father William Hill after he was abandoned at a fire station. Jack died when his children are around 17 and his wife Rebecca marries Miguel who was jack’s best friend. Rendall becomes a successful finance professional and marries Beth who was once his classmate in college, Tess and Annie are two daughters the couple has and they also adopt a child Deja just like Jack did.

Kate meets and marries Toby, pursues a musical career, earns a degree, and becomes a mother after a life of adversity. Kevin becomes a successful actor as he worked so hard and struggle so much. The majority of episodes feature a present-day storyline (2016-2021, concurrent with airing) and a storyline set in the past; however, some episodes are set in one time period or use multiple flashbacks.

As adults, their homes become more diverse, they are now living in different places as Kate lives in Los Angeles, Randall in New Jersey, and then Philadelphia, and Kevin first lives in western Pennsylvania then moves to Los Angeles and New York.

Some of the episodes have also been set in other time periods and locations, and others have been centered on Randall’s family members William, Deja, and Beth. A later period is also shown in flashforwards, i.e., Randall’s daughter Tess as an adult and an elderly Rebecca as she lies on her deathbed in the second season.

This Is Us Awards

This is us is nominated for the various award show in various categories, some of them are Best Television Series – Drama at 74th Golden Globe Award, Best Drama Series at 7th Critics’ Choice Awards. It is also being selected as a Top Television Show by American Film Institute(AFI).

Sterling Brown received a Golden Globe award, an Emmy Award, a Screen actor Guild Award and a Critics’ choice Award for this series. 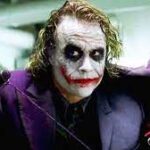