Hollywood movies and series are known for their quality. They always focus and make something unique that catches everyone’s eyes. Utopia Falls is such an amazing and exciting Canadian TV series that shows the story of the coming age with some crisp. It gives you a mixture of science fiction with hip hop. Currently, the story is compressed within 10 episodes, which wrapped up into only one season. The series got released under Sonar Entertainment in the direction of R.T. Thorne, Warren P. Sonoda, Melanie Orr along Sudz Sutherland.

When did the series get released? Season 1 of the series got released on Hulu and CBC Gem on February 14, 2020. The series has made positive reviews as 5.5 on IMDb, 43 % on Rotten Tomatoes and is liked by approximately 85 % of people. The first season of the series was able to win the hearts of the audience by its cast and plot. Now, the audience is worried about the next season. When will season 2 come? Or Does the series renewed for the next season? Well, there have not been any updates about season 2 till now. Obviously, there will be the next season, but we have to wait a little for the announcement. Till then, you can enjoy season 1 on repeat.

The plot shows you a coming-of-age story where we see New Babyl, the only surviving colony on Earth. New Babyl is covered by a shield on the doom, which protects it from the outer bloody war world. The colony is divided into four sections – Industry Sector, Nature Sector, Progress Sector, and Reform Sector, in which people have different dress color codes. The people are trying to forget the past but, in doing so, they forget the ability to learn from it. From here, a group of teenagers comes into play. The best of the best kids are chosen from the Exemplar Academy from each sector to perform the given task.

A group of teenagers, including Aliyah 5 and Tempo 3 from the Progress Sector, Brooklyn 2 and Apollo 4 from the Industry Sector, Bohdi 2 and Mags 2 from the Reform Sector, and finally Sage 5 from the Nature Sector are chosen. Each one has his / her duty of responsibility and technique, which will help them to win the competition. Chancellor Diara is the head of the organization, Tribunal with Authority Phydra, who is the head of the security group. Gerald, who is the father of Aliyah is a member of the Tribunal too.

Aliyah and Bohdi first discover an ancient artifact, The Archive, which contains musical, historical relics, and all the things from the past. They both first tried to hide it from everyone, but on seeing mysterious things and acts in their colony, tell about The Archive to the other teenagers. Aliyah soon found about her mother Anna, that she has some relation with the artifact. Her father told her the truth which he was hiding from her for the last 12 years. She got to know that her mother has left their colony and colonized a new but rival place, New Lazarus. The season ends up here leaving Aliyah in a shock.

As the release date of season 2 is not announced, unfortunately, the trailer is also not available yet. But, you can still watch its trailer. Yes, you guessed it right. Just watch the trailer of season 1 and then you will get to know how amazing the series is. Just don’t wait more and watch the trailer. 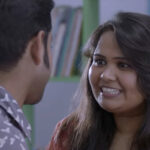 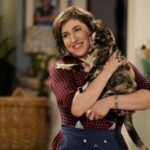