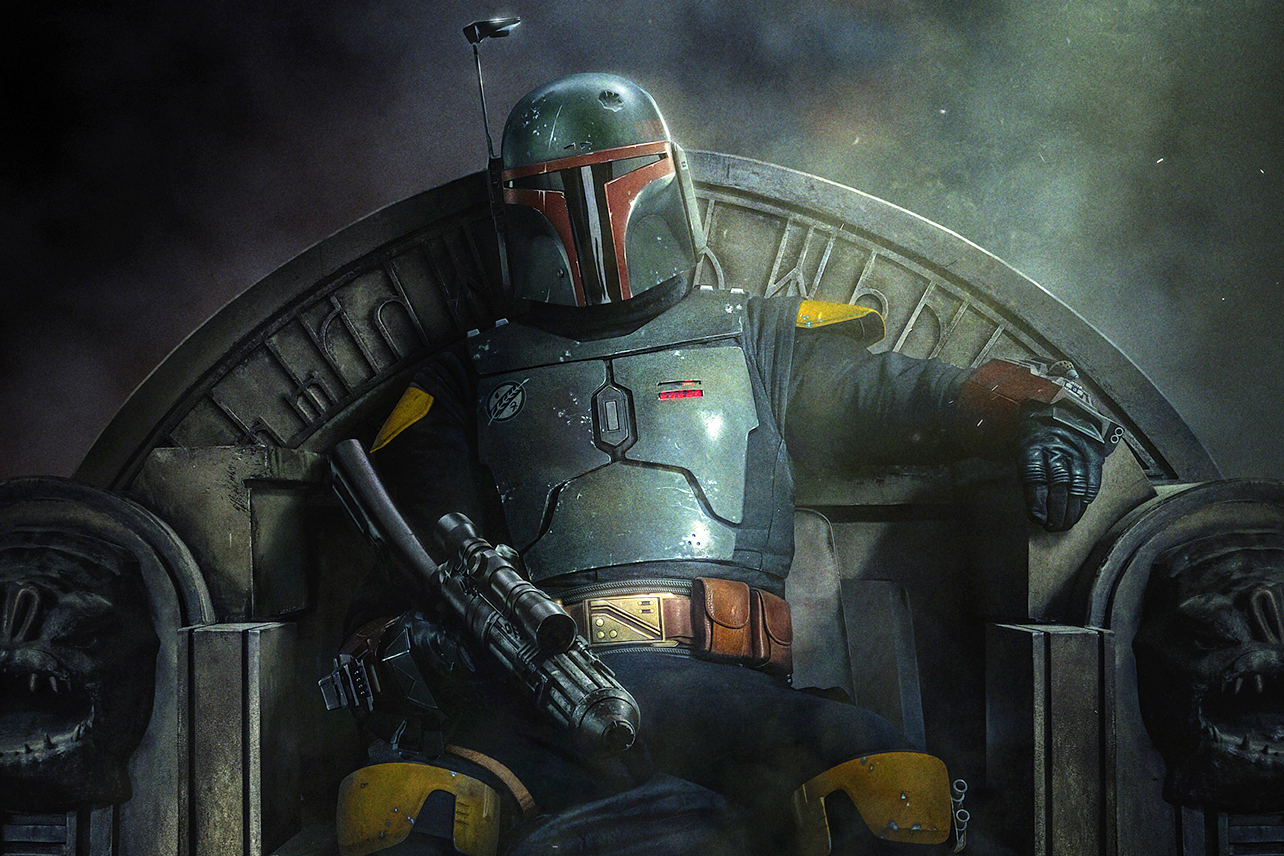 By early November 2020, it was quite confirmed that we are looking forward to the third season of The Mandalorian or a potential spinoff from the main series based on Boba Fett, and here we are in December 2021 already for the book of Boba Fett, the book of Boba Fett being an American tv series being produced by Disney, it is a part of the Star Wars franchise and is actually a spinoff from the main series of the Mandalorian. The series is also known as the Mandalorian 2.5 as it is set within the same timeline.

We get to know about the series in the final chapter of the second season of the Mandalorian. That included a surprise end credit sequence that revealed the series and its release in December 2021. The whole series is about the crime lord and armored bounty hunter Boba Fett and his partner Fennec Shand from the Star Wars universe and we already know how much Star Wars fans are excited about this series and to see Temuera Morrison as Boba Fett at last.

As we have already seen the book of the boba Fett released its first episode on 29 December 2021 and as we have heard till now the series is going to be a 7-episode long series and yes maybe not enough for the fans to fill their hearts with, the series will conclude with its last episode by releasing it on February 9, 2022, and approximately every episode will have a 45-minute runtime. Now, the second episode of the book of the Boba Fett is going to be premiered exclusively on Disney+ on Wednesday that is 5th of January, 2022, surely a great way to start a new year.

ALSO READ: When Are We Going To Get 911 Season 6 Release Date?

The episode starts with a shot into Jabbas abandoned palace where we see our lethal bounty hunter Boba Fett floating in a bacta tank, he looks much better than he looked before, most of his scars have healed and then we get into seeing what boba is dreaming while getting treated, we see him finding himself inside the Sarlacc, how he uses the stormtroopers suit for oxygen and how he gets out of the Sarlacc, how his encounters are with Tusken raiders, a failed attempt to escape and soon we see Fennec Shand wakes boba up from sleep and tells him how various alien races are going to come afterward to pay him respect, soon we both of them taking a trip into the city and going into a casino, where they have an encounter with Madame Garson and how they have an encounter with a group of ninjas who try to attack them, though being safe and fennec getting hold of two of the ninjas , we see Boba returning back into the bacta-tank where he starts dreaming again, this time the Tusken raiders instruct him and the Greedo type guy to dig for water, while digging, they uncover some creatures hand and the creature soon rises up with several hands and Boba just being Boba climbs up the creature and kills him , soon they return to the Tusken village and share glasses.

After episode 1 of the series is a great hit, we can expect the second episode to maintain the same dual-type timeline, it has been maintaining and we may get to know more about what happened with the Tusken raiders, we also have to keep an eye on why Boba has to sleep regularly in the bacta-tank, does he have some worsening health condition, we may get something on it in the next episode, and another event that cannot be missed is who send the ninjas after Shand catching two of the ninjas we are sure to get more updates about it in the next upcoming episode.

The Book Of Boba Fett Trailer

After the praiseworthy drop of episode 1 of The Book of Boba Fett, the continuous switch between the two timelines, the twists, and turns in the first episode, and many more predictions about the second episode, the audience can’t just wait for January 5th and if you still haven’t started watching the series, go check out the trailer right now.

ALSO READ: Is Suits A Sitcom And How? Everything Explained