Remember our notorious agents from the selling sunset show?? Well if you don’t we are going to talk about the fifth installment of this great show. There is also a blog about the fourth season of the selling sunset on our Liveakhbar page. The show selling sunset is a Los Angeles-based show which discovers and explores the professional as well as the personal life of a bunch of agents that are involved in the real estate business. All of these agents are part of an opulent real estate brokerage firm. Created by Adam DiVello, the show comes under the reality genre. The star cast of the show is quite big and includes persons like Christine Quinn, Chrishell Stause, Mary Fitzgerald, Maya Vandor, heather young, Amanda Smith, Jason Oppenheim, and many more.

The show has about 34 episodes that are covered under four seasons with each episode taking up a duration of 28 to 47 minutes. Total 8 episodes were contained in the first season of the selling sunset which was premiered on March 21, 2019. Considering the popularity of season 1, Netflix renewed the show for the second as well as the third season. The second season premiered on May 22 2020 while the third season premiered on August 7, 2020. But the fever of the show was not going down from the head of the audience and that’s why Netflix renewed the show for the fourth and the fifth season. The fourth season of the show has just been released on the OTT giant Netflix on 24 November 2021. The show has won the primetime Emmy award for its outstanding unstructured reality program. Even after all of this, the popularity of the show is not going down and the Netflix is planning to release two spin-offs of the Selling Sunset.

Selling Sunset’s plot from season 1 to season 4 it was all around this group of agents that tackle different hurdles in their professional and personal life. Along with their career problems the show also discusses the relationship status of these persons. The main highlight that fascinates the audience most is the clashes that happen between the agents. This cutthroat competition brings a set of thrilling events that grab the audience for the whole episode.

The cast of the selling sunset has been it is repeating itself from season 1 and it is going to continue till season 6 and the two spin-offs that are gonna come in the future. So for the cast of the selling sunset season 5, we are going to repeat the same caste that has already appeared in the recent seasons of the show. The list of the star cast can be mentioned as follows –
Jason Oppenheim, Chrishell Stause, Brett Oppenheim, Christine Quinn, Romain Bonnet, Mary Fitzgerald, Heather Rae Young, Maya Vander, Amanza Smith and Davina Potratz.
So this was some info about the fifth season of the Selling sunset. If you want to know about season 4 of selling sunset do visit our Liveakhbar page. For more updates related to the season of the Selling sunset stay tuned to our page. Will see you in my next blog!! 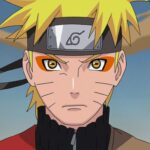