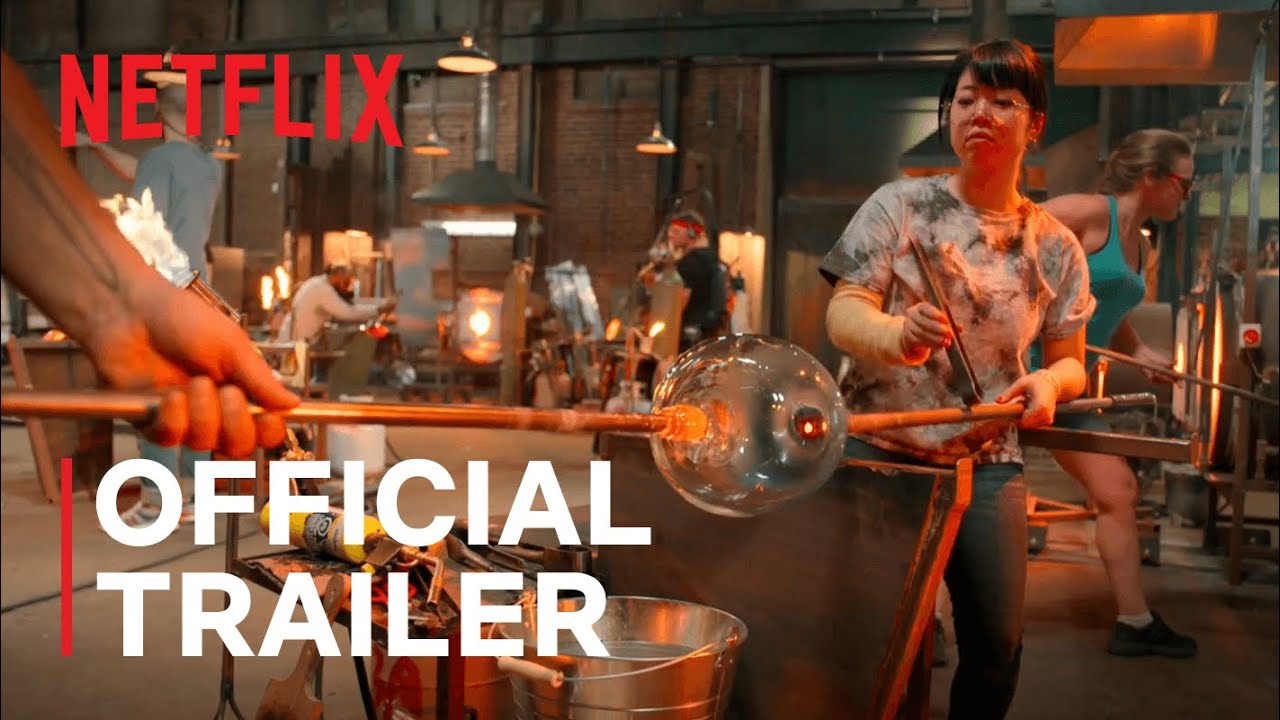 Blown Away is a Canadian reality and a competition television series. It is exactly like The Great British Baking Show or the Project Runway. The contestants of the show play with melted glass to mold it into various objects with uniqueness and perfection. It is written by Ron Carroll and Amy Hosking. The series has a total of 2 seasons with 10 episodes each. The average duration of each episode is around 20 to 25 minutes. The production company of the show is Marblemedia, under which it gets released.

After a big bang hit of its first 2 seasons, fans are excited about its next season. However, Netflix has not made any announcement of the release date of its next season, we can purely guess the dates only. As per the reports and the COVID situations, we can expect the next season in the year 2022. Till then, we have to wait for Season 3.

The host of the show is Nick Uhas who is a former contestant of Big Brother USA along with a science YouTuber. Katherine Gray, the chief guest of the show, is an artist and associate professor at California State University. The winner of the show will receive a cash prize of $60,000 and get a chance to stay at the Corning Museum of Glass. The first season was filmed in a warehouse in Hamilton, Ontario.

The show is just like any other competition show, ten people are fighting with each other to name that one winner. But, what’s interesting and unique about this show is that it focuses on glassblowing which is a physically demanding and tactful talent and that most people have probably never witnessed. The contestants work with the melted glass to mold it into various sculptures, vases, and perfume bottles. The high degree furnace-like place is just mesmerizing.

We can see many tools and things that are needed in this work. Though it is a reality and a competition show, it gives us an idea of how the glasswork is being done and how the workers and the experts mold the melted glass into amazing-looking objects, which will not take even a minute to break.

All the contestants are very talented, unique, and have grace in their work, but if this is a reality show, the winner has to be only one. All the judges are also very good, as they are not harsh and rude and mentor every contestant with no partiality. They give them applause and praise their work.

Blown Away Season 1 and 2 Winners

The winner of the Season 1 was Deborah Czeresko and Season 2 was Elliot Walker. Janusz Poźniak and Cat Burns were the runner-ups of Seasons 1 and 2. Alexander Rosenberg and Chris Taylor were at the 3rd position, Patrick Primeau and Nao Yamamoto were at the 4th place, K. Momoko “Momo” Schafer and Andi Kove were at the 5th place, Leah Kudel, and Mike Shelbo at the 6th place, Annette Sheppard and Brad Turner at the 7th place, Edgar Valentine and Jason McDonald at the 8th place, Benjamin Kikkert and Ben Silver at the 9th place with Kevin Kiff and Tegan Hamilton at the 10th place.

Blown Away got Canadian Screen Award under the category of Best Direction – Reality or Competition of Mike Bickerton in 2020.