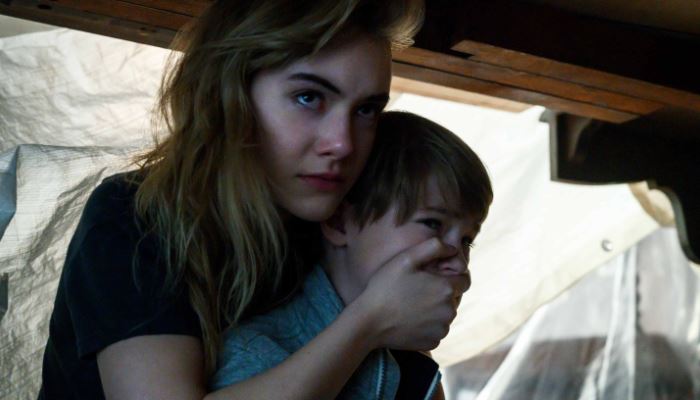 Locke And Keys is an American supernatural series of 2020. The show’s story is based on a comic book story, of the same name. The comic book series is written by Joe Hill and Gabriel Rodríguez. It is produced by a team of producers including Ra’uf Glasgow, Kevin Lafferty, and Nishpeksh Mehra. Locke and Key is a Netflix original series directed by Michael Morris. whereas few of the episodes are under the direction of Tim Southam and Vincenzo Natali. The complete show is shooted in Toronto, Ontario. While, The show is produced by the following production companies Genre Arts, Hard A Productions, Circle of Confusion, and IDW Entertainment. Also, This Show is a great combination of horror, fantasy, drama, and supernatural powers.

It consists of 10 episodes. Each episode is of about 45 to 50 minutes. The show claims a total rating of 7.4 stars out of 10 from IMDb. This is considered quite good!. It was released on 7 February 2020 on Netflix. The story is about a family who shifts to a new house that is full of mystery and supernatural things. The family is now trying to escape this by finding the reason behind all this.

ALSO READ: I Know What You Did Last Summer Episode 5 Release Date And More!

The show is all about the Locke family. Rendell Locke the father of the family is murdered by his own former student Sam Lesser. Soon After this horrible and heart-thrashing incident, the remaining Locke family decides to shift somewhere far. Nina Locke is the wife of Rendell, also she is the when who decides to move in into another house Matheson, Massachusetts. Along with her, Tyler, Kinsey, and Bode her kids also move out from Seattle.

As the title says The new home “Key house” turns out to be very mysterious. While playing they discovered a few keys around the house. Later on, they realize there are many keys lying in the house, which are capable of opening mysterious doors, that too in different magical ways. Very soon the kids get aware about a demonic soul is also after those keys to using them for his own evil purpose.

MUST-READ: Toy Boy Season 2 Release Date: Will There Be Another Season?

According to sources, Netflix has given a green signal to the release of season 3 long back. Just with this, The show makers have also confirmed their projects signed with Netflix. Other production companies in a recent interview. The debut season was released on 7 February 2020. while in March 2020, the show makers officially announced the renewal for season 2. Soon after in December 2020, Netflix again announced about renewal for season 3. We know that the shooting for 3rd season started in early 2021. While the second season is all set to release on 22 October of this month. Hence the third season won’t take longer than 1 year to release.

The show casts various talented Canadian and American actors including the following as the main cast where Darby Stanchfield plays Nina Locke, she is the wife of Rendell and the mother of 3. Connor Jessup plays Tyler Locke, who is the eldest son of Rendell and Nina. Emilia Jones playing Kinsey Locke is the only daughter of the family and the middle child. Jackson Robert Scott as Bode Locke, as the youngest sibling of Kinsey and Tyler. Patrice Jones as Scot Cavendish, a filmmaker student in Britain and he is also the love interest of Kinsey.
Layla De Oliveira and Griffin Gluck play as the good lady of the key house, who actually is the demonic soul of the house.

There is no official announcement made about the release date of season 3. Therefore it is hard to tell anything about the trailer release. Although Netflix has recently released a trailer for season 2, which is releasing soon on 22 October 2021. Hence it is too early to tell anything about season 3. All we can do is wait patiently and watch season 2 first in order to continue with 3rd one. You can watch the trailer for Locke and keys season 2 on youtube by clicking below.

We assume the trailer will release somewhere in early 2022. Because the trailer is mostly released a month before the official premiere. We will update the content after we get any news. The complete series is easily available only on Netflix with different dubbings and subtitles. Click below to watch the trailer for Locke And Key season 2 on youtube. 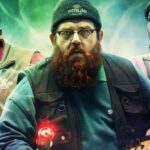