lost in space is an American scientific fictional television story and quite a remake of an old series of the same name that was released in 1965. that too is taken from the novel the swiss family Robinson published in 1812. lost in space is a SciFi, adventure, thriller family drama series. it is created by Irwin ellen and developed by Burk Sharpless and Matt Sazama.

The shows is internationally broadcasted by Netflix. lost in space was produced by Synthesis Entertainment, Legender Television, Clickety-Clack Productions, and Applebox Entertainment. series is originally shot in the English language but different languages dubb are available on Netflix along with subtitles. there are 2 seasons with a total of 20 episodes. it was officially released by Netflix on 13 April 2018.

although after the release of season 2 in December 2019 there was very little chance for the series to come back for season 3, but all this have come to an end on 22 March 2020, when the show makers announced the release of season 3. finally after 3-month Netflix official tweeted about the release of final season-ending the wait of many viewers. the series will continue from the same place where it was left in the previous season.

the store features the Robinson family consisting of father john Robinson, mother Maureen two teenage daughters Judy and penny and a young son will Robinson. the series starts 2 years after a fatal alien invasion on earth which was covered by the government saying it was a meteor crash. since then the earth has become a perilous place for mankind to reside people are fleeing away from earth, into space in order to find a safer place to colonize. therefore Robinson family is also among the various tested families selected for the 24th mission of the resolute.

The interstellar spacecraft carrying many families including Robinsons are on the way to Alpha Centauri to colonize and discover a safe place for humans. unfortunately on the way they are attacked by alien robots who breaks into the resolute hull ( spacecraft). to save their lives they are forced to leave the craft as soon as possible and hence they crash into a nearby planet with a completely strange environment. now the family has to deal with new problems, alien robots and find their way back to resolute hull safely.

ALSO READ: Why We Aren’t Getting Disjointed Season 3 Release Date?

There is no official trailer released yet neither Netflix nor the show makers. but because season 3 is confirmed there is surely a trailer on the way. although the directors and producers of the show have shared many behind the scene pictures on their official Instagram accounts. you can easily stream the complete show on Netflix, with different audio and dubs available. till then you can have a look at the season 1 and 2 trailers for LOST IN SPACE available on youtube.

MUST-READ| When To Expect On My Block Season 5 Release Date? 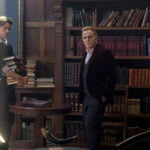