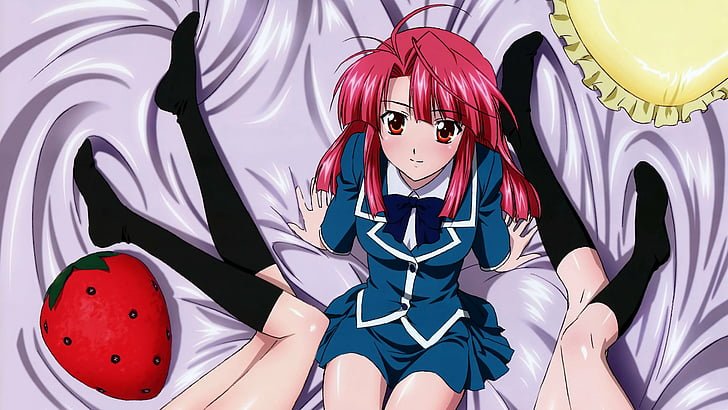 To some, it may come as a shock but Kaze no stigma has an IMDB rating of 7.2, which most cherished anime from an objective point of view fail to achieve. Based on the light novel series written by Takahiro Yamato and illustrated by Hanamaru Nanto, the anime has mostly been the nucleus of criticism, given the achievement of the state of the impasse by the anime. it’s 24 episode long run seems to be so arbitrarily set in place, that many fans quit without even reaching halfway through.
The animation was undertaken by and directed by Junichi Sakata which aired from April-September 2007.

The general impression that the show leaves on the masses remain negative and may change if they try to realize the overall flaws of the show, but some even after may argue that the plot chosen in itself has become redundant and tattered due to the overexploitation of the genre of action-romance which this anime happens to be a part of.

One point which is obvious to those who have both read the manga and watched the anime is the juxtaposition of the killing characteristic of Kazuma. in the anime, he is shown as someone who doesn’t attack the antagonist characters with the intent of killing them, but rather they end up being dead from the backfiring of their own plans. However, manga readers would point out that his character was originally made to be a merciless one, where he attacked with the intent to massacre.
The anime is also devoid of the darker tone that the manga takes into account.

It has been more than a decade since we got to witness the first season of the show. Will there be a second one? To put it in an acerbic way, if the makers were planning to produce another season, they would have delivered it to us by now. Why?

Because there is ample content lying there to be made use of, provided by the source material.
But unpredictability in the anime industry is a story worth perpetuating and therefore no one can be hundred percent sure of an anime’s arrival until it is confirmed by the makers themselves. The same holds true for Kaze no Stigma as well with some rumors being propagated here and there.
In conclusion, the release date of Kaze no Stigma is unknown.

MUST-READ| Ouran High School Host Club Season 2: Why We Aren’t Getting It?

The story revolves around Kazuma Kannagi, Kanagi family’s eldest son, being only 18. He has a predestined fate of being the heir of the family. However, the succession won’t come easily to him since he is not able to use ‘Enjutsu’, a magical power that enables the user to control flames. This inability renders him useless in the perception of his family members. After having been exhorted by his father to clutch on to ‘Enraiah’, he competes in the competition to claim it but gets defeated by his 12-year-old cousin and eventually gets banished.

4 years forward, and he masters the art of ‘Fujutsu’, the ability to control wind, and becomes Kazuma Yagani. After deciding to return back, he soon succumbs to accusations put forth due to the unexplained murders of his family members as a vendetta to retrieve his honor back which was taken away by him with banishment.

Later it is revealed that Kazuna came into a contract with the wind spirit or Kaze no serei-o, thereby making him a contractor who could summon the power of the wind spirit to enhance his inherent strength and also allowing him the ability to heal his wounds.