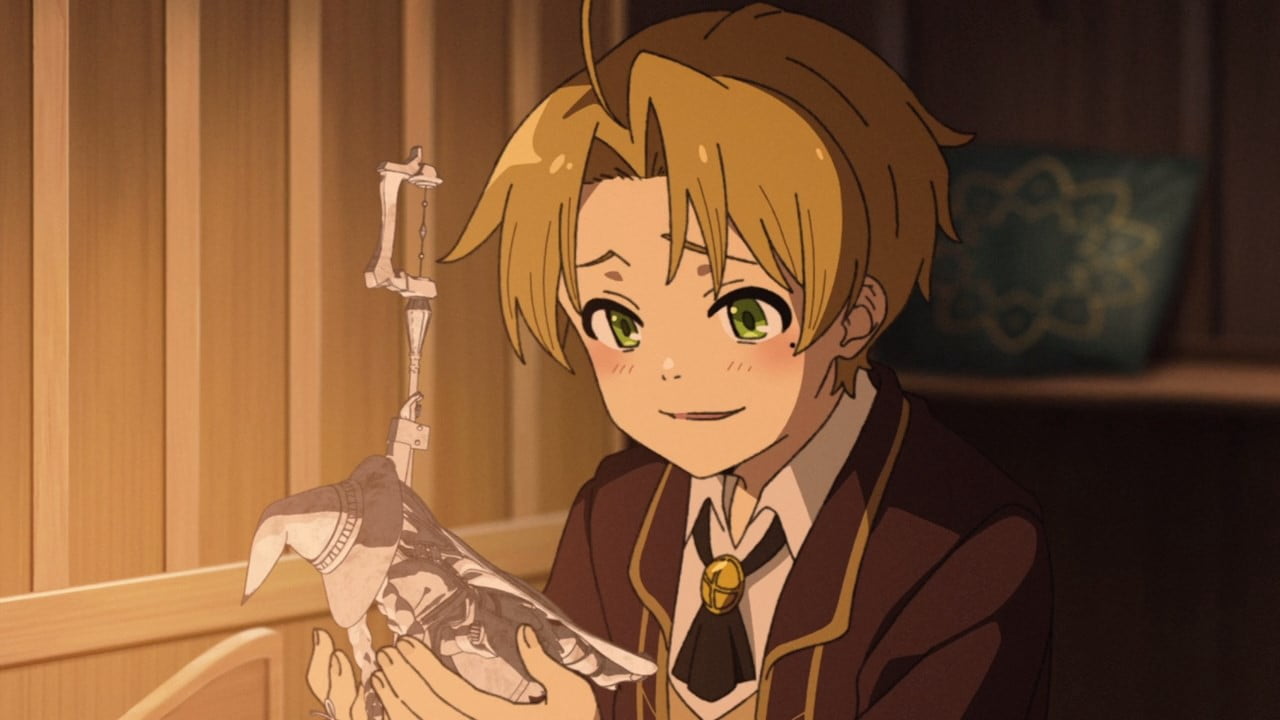 What happens when you get succumbed to death full of regrets? What if you were allowed a second chance to live in the absence of such emotions while paving away a path for your own new destiny? Well, this is exactly what Mushoku Tensei: Jobless Reincarnation or ‘Mushoku Tensei Isekai Ittara Honki Dasu’ in Japanese deals with as a premise.

The anime is an adaptation of the light novels series is illustrated by Shirotaka and written by Rifujun na Maganote who has also authored classics such as Orc Eroica. It was originally published on Shosetsuka ni Naro, an online web novel portal. Talking about the Anime, it was both directed and written by Amanabu Okamoto while Funimation working as the distributor. The anime aired on January 11, 2021, with just 11 episodes invigorating it.

It has amassed a substantial amount of popularity in various micro streaming sites and has consequently come out as one of the most popular Isekai of the year 2021with a staggering IMBD rating of 8.3.

There are several misconceptions that people have regarding the renewal of season 2. Firstly, they are under the impression that season 2 of the anime is going to be released in October 2021 after having stumbled upon the news of revival on Mushoku Tensei: Jobless Reincarnator Twitter handle, but there seems to be a minor flaw in this since the official announcement clearly mentioned the use of ’second cour’ which pertains to the second part of season 1. Therefore, Part 2 of season 1 will be released in October 2021, which was earlier scheduled to release in July but was deferred due to some undisclosed reasons.

As mentioned earlier, we will all be witnessing season 1 part 2 consisting of 12 episodes as of October 2021. The prospects of season 2 renewal will become much clearer once part 2, ends up airing. This is also corroborated by the fact that no information regarding the confirmation for season 2 has been made anywhere yet putting aside some speculation that gave false conformity of its reoccurrence.

Let’s look at some factors which can give us some idea of the renewal of the show The extent of Manga or light novel exhaustion Taking into consideration, Mushoku Tensei’s season 1, it could adapt only up to 4-5 volumes of 25 volume long series. Therefore, a lot of source material is still waiting to get digitalized and eventually serving as the storyline for season 2.

A lot more things will be clear, once the last episode of season 1 part 2 finished airing since that could lead us to a place from where the possible or any storyline for the next season could be anticipated.

I would like to reiterate the fact that any anime for its subsistence must engage audiences and one way to find out whether it is doing so or not depends upon the total sales of all its tangible materials with includes Blu-ray\DVD sales.

Reportedly, the show has managed to hold almost 4,385 copies which is relatively a good number, if compared with its contemporaries such as Cells at Work 2, Wonder Egg Priority, etc. while not falling behind series such as Yuru Camp 2 and slime 2. Therefore, the popularity of the show is pretty decent but not that impressive.

The story revolves around a 34-year-old jobless man who has lost his parents is evicted from his home. After reflecting upon his hitherto life, he deemed it as pointless. This guilt of living a pointless life in so far prompts him to intercept a speeding truck rushing towards a teenager and gets succumbed to death in the process.

Later, in the story, he found himself awakening in the body of a baby surrounded by a world full of magic and sorcery. And thus, we have the origin of a new yet the same old character named Redeus Greyrat, who resolves to make his new life more meaningful. Along his journey, he becomes the apprentice of magician Roxy Migurdia who helps him train his powers.

The cliffhanger on the renewal of the second season also means a cliffhanger on the introduction of new characters. But, we can be assured of the return of previous characters and their voice artists.
Rudeus voiced by Yumi Uchiyama and Madeline Morris
Roxy voiced by Konomi Kohara and Michelle Rojas
Eris voiced by Ai Kakuma and Lidnsay Seidel
Ruijerd voiced by Daisuke Namikawa and Christopher Whekamp

MUST-READ| Ouran High School Host Club Season 2: Why We Aren’t Getting It?