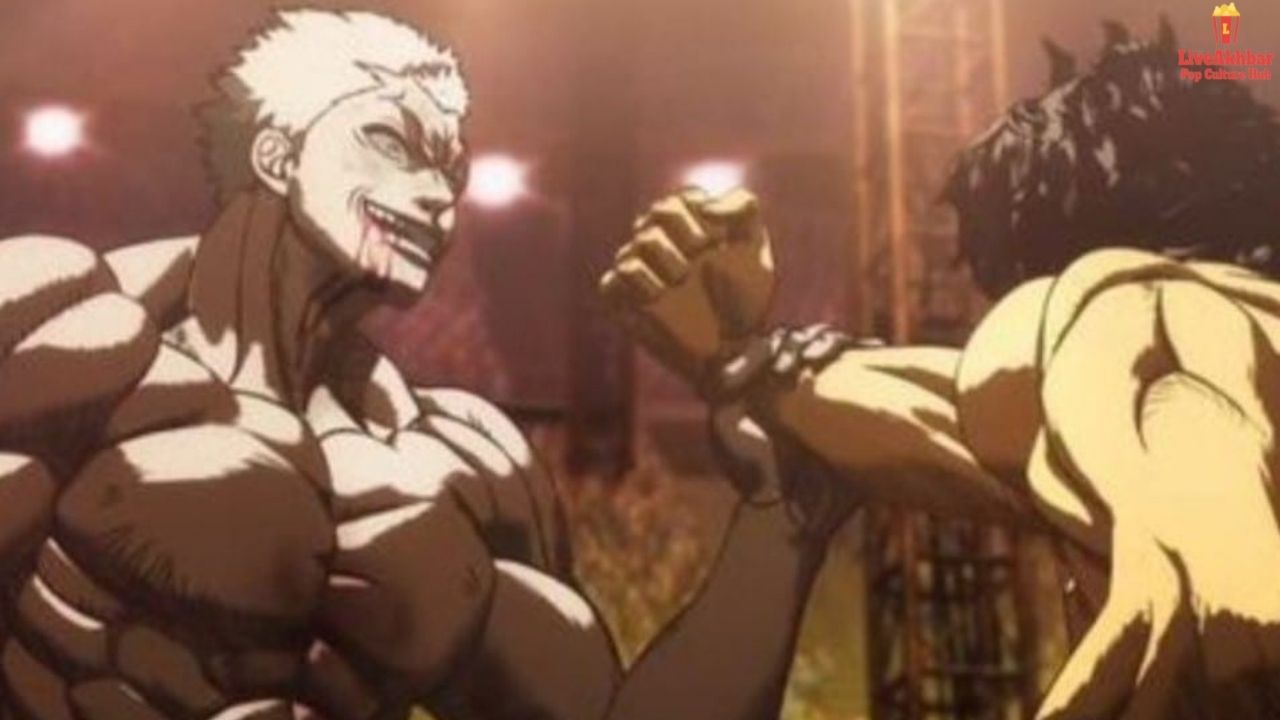 Kengan Omega Chapter 108 was a fantastic one and chapter 109 has taken too long to release as of now the episode has been delayed and the furious action battle between Nicolas and Akoya has yet to finish.

In chapter 109 Nicolas has been bit by the Akoya just before the final move was about to blow. The gruesome fight had a lot of twists and turns, Kazuo already knew that Akoya would do the thing and as Cosmo Realises while fighting Akoya he gets an incredible bite on the neck. Later on, Nicholas gave an incredible uppercut making Akoya fly away to the other corner.

In the next scene, Akoya and Nicholas can be seen again and the commentator is shouting over his voice about how interesting the match is. Nicholas says out loud that Akoya wishes to die in the battleground and that too without sufferings. Akoya after getting the hard-knock upper-cut is paralyzed for a few moments and as soon as Nicholas realizes that the Akoya has come back into senses he rushes to land Execution Justice to finish the game off, But the thrill is leveled up when Akoya Slams Nicholas doing a counter-attack deep into the ground. Everyone has vowed especially the commentators who make fun of Nicholas and say that the grim reaper is smooching the ground.

But when everyone thought things were over Nicholas comes back into their senses and caught hold of Akoya’s Leg and made him paralyzed.

After all this mishap and entanglement Reh Shin Alisa is counting the score and when both fighters are told to stop they don’t instead they are almost on the verge of killing each other and are not ready to listen to anyone. Things go uncontrollable and they are told that if they kept on fighting this way they will be disqualified, Even after the final warnings, Nichola And Akoya don’t stop and are after each other’s life. although we don’t know if they will stop or not but this is sure someone will make them come under control, most probably the Referee herself.

So let’s wait for the incredible episode and if you have some fan theories about what might happen next make sure to comment down below, till then you can watch the show Kengan Ashura on Netflix

Kengan Omega is all set to release on 13th May 2021. There will be new episodes every Thursday.