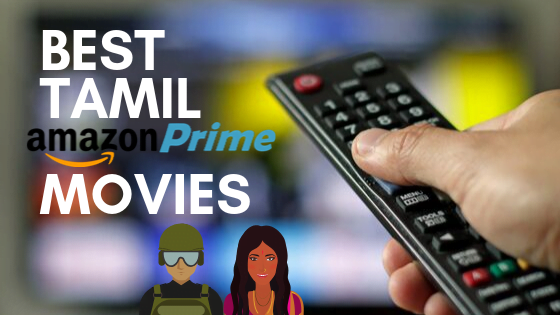 The South Cinema is continuously breaking all the barriers and presenting many innovative movies one by one. Consisting of five different film industries: Telugu, Tamil, Kannada, Tulu, and Malayalam, Cinema of South is providing top-class films for over 100 years now. South Indian movies are streaming on the OTT platforms also. These are the 10 must-watch best South Indian movies available on Amazon Prime that are must-watch.

Dia is a Kannada language romantic drama film released in 2020. KS Ashoka directed the movie, and D Krishna Chaitanya produced it. The film stars Dhhekshit, Pruthvi Ambar, Kushee Ravi, and it also has a Hindi remake. The story revolves around Dia, a young introvert girl who falls in love with Rohith, her fellow student. Expressing her feelings to Rohith proves to be the biggest challenge for her. It causes drastic changes in her life with lots of confusion and emotional stress. The film has a realistic approach with a beautiful screenplay, which makes it one of the best South Indian movies available on Amazon Prime.

KGF – Chapter 1 is a 2018 Kannada period action film. Prashanth Neel is the director and writer of the movie, while Vijay Kiragandur produced it. The movie stars Yash in the leading role as Rocky, and there is also a second installment to this film named KGF – Chapter 2. The story is about a young man, Rocky, who wants to attain power and great wealth because his family is hit by poverty. Her mother, at her death board, asks Rocky to die only after getting famous. So, he wants to fulfill his mother’s wish. The movie is action-packed with great dialogues, which makes it one of the best action movies. Yash played the role of Rocky fantastically.

Kumbalangi Nights is a 2019 Malayalam drama film. Madhu C. Narayanan is the film director, and it stars Fahadh Faasil, Soubin Shahir, Shane Nigam, and Sreenath Bhasi. The movie revolves around four siblings who live a simple life in Kumbalangi. All siblings have a love-hate relationship, and they don’t get along too well. Some circumstances arise that force them to be together by neglecting their bitterness, and they come together to support each other. The movie is simple yet has a powerful impact; hence it is a must-watch.

Virus is a 2019 Malayalam medical thriller film. Aashiq Abu is the director and producer of the film, and Muhsin Parari wrote it. The film stars an ensemble cast of Soubin Shahir, Sreenath Bhasi, Dileesh Pothan, Rima Kallingal, Madonna Sebastian, Ramya Nambeeshan, Parvathy Thiruvothu, Rahman, Indrajith Sukumaran, Indrans, Joju George, Kunchacko Boban, Tovino Thomas, Asif Ali, and Revathi. From a series of deaths to the confirmation of the outbreak of a deadly virus Nipah, it takes us through many incidents that happen. Some medical professionals, people living in the districts, and health officials come together to tackle it. The movie is shot in the Kozhikode, Government Medical College, and is an excellent medical thriller film to watch.

Mahanati is a 2018 Indian Telugu language film. The film is based on the life of an Indian actress named Savitri. C. Ashwini Dutt, Priyanka Dutt wrote and directed it, while Swapna Dutt is the film producer. A journalist Madhuravani, and photographer Vijay Anthony, are assigned a work given by a newspaper editor. They have to write a cover story on a lady named Savitri who has gone into a coma. Madhuravani collects various pieces of evidence and details about Savitri from many sources. Also, she interrogates Savitri’s husband Gemini Ganesan about the reason Savitri entering the film industry, her dark sides, how she got addicted to alcohol, etc.

Brochevarevarura is a 2019 Telugu crime comedy film. Vivek Athreya wrote and directed it, while Vijay Kumar Manyam is the producer of the film. The film stars Satyadev Kancharana, Nivetha Pethuraj, Sree Vishnu, and Nivetha Thomas. Brochevarevarura has two storylines shown in parallel. In the first story, there is an aspiring director and a heroine of the cinema. The second story revolves around three joyful friends who keep failing in exams every year. Then they become friends with their college mate Mitra. The movie is a right combination of thrill and hilarious comedy moments.

Asuran is a 2019 Tamil period action film. Vetrimaaran is the writer and director of the movie, while Kalaipuli S. Thanu produced it. Asuran is based on the novel Vekkai(Heat), and it stars Dhanush, Manju Warrier. The story revolves around a farmer Shivasaamy who leads a content life with his two sons, a daughter, wife, and brother-in-law Murugesan. Few issues arise between the family and a wealthy landlord of the village Vadakooran. It changes their life and leads to various unpleasant incidents.

Pariyerum Perumal is a Tamil drama film released in 2018. Mari Selvaraj is the director of the film, and Pa. Ranjith produced it. It stars Anandhi and Kathir in the leading roles. The story revolves around a youngster Pariyan(Kathir), who wants to be a lawyer. He joins the law college, where he faces various troubles and embarrassment because of his bad English. Then she finds a friend Jothi Mahalakshmi(Anandhi), who helps him in learning everything. Mahalakshmi belongs to an upper cast, and Pariyan is from the lower cast, which creates a massive issue in her family against their relationship. The film tells about caste discrimination and is definitely one of the best South Indian movies to watch.

Avane Srimannarayana is a 2019 Kannada fantasy adventure comedy film. Sachin Ravi is the director of the movie, while Pushkara Mallikarjunaiah and H.K.Prakash are the producers. The film stars Shanvi Srivastava and Rakshit Shetty in lead roles. The story is all about loot, and two fighting stepbrothers in the story, belong to Amaravathi. The twist arrives with the entry of corrupt police in the scene. The visual effects are excellent, and this is the third big-budget Kannada movie released on pan India screens.

Anbe Sivam is a 2003 Tamil language film. Sundar C is the director of the film, and Kamal Hassan wrote it. K.Muralitharan, V.Swaminathan, and G.Venugopal are the producers of the film. The story is the unpredictable journey of Anbarasu and Nallasivam, who don’t know each other. They meet each other when they wait for their flight to Chennai at Bhubaneswar airport. Due to the cancellation of the flight, they spend some hours together. Some circumstances lead them bound together.