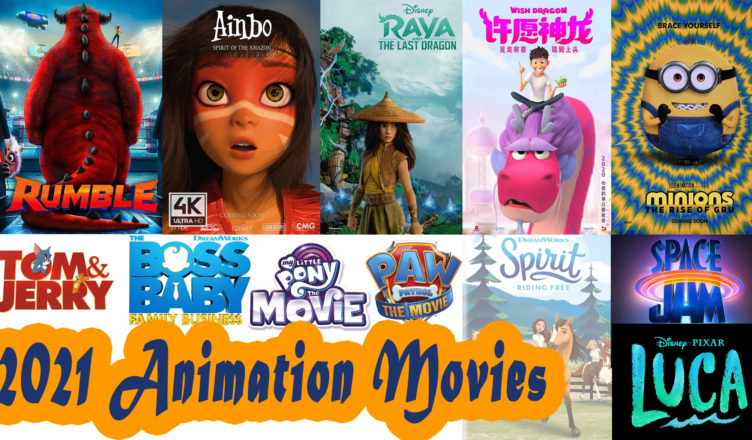 The epidemic of 2020 has compelled us to get creative as we formulate several ways to keep ourselves entertained. You can only rewatch your favourite animated shows and films so many times. For many of us, movies theatres are a distant memory, and streaming service subscriptions have risen as we eagerly clasp at any new content we can get our hands-on. Despite the coronavirus and lockdown the animated movie industry is determined to continue entertaining us when we need it the most.

Warner Bros is giving rise to the beloved and admired franchise back to the big screen for the first time in almost three decades in hybrid form. The live-action shoot wrapped up just in time before the pandemic slap.

On February 26, 2021, Tom and Jerry will get a Space Jam-style renewal, the first time in history crossing from their animated lives into the live-action world. After over eight decades of playing cat and mouse, this is a fitting escalation for a competition that simply couldn’t be contained by the animated universe.

The jumps in animation from the original are incredible and remarkable, and with the real world at their disposal, the writers and animators have a lot of imaginative and creative freedom to tell this story in a way that both honours and exceeds the classic cartoons that audiences have been enjoying since the 1940s.

The Spongebob Movie: Sponge on the Run

Though The SpongeBob Movie: Sponge on the Run was broadcasted in select countries around the globe in 2020, the movie is still on the run toward American screens and won’t come until 2021. The first two instalments of the movie series have left us willing to soak up the third whenever it comes.

The third Spongebob feature is an exception on this list: the rest of the world has already seen it. During the epidemic, Sponge on the Run hopscotched around the theatrical release plan before landing on streaming. In the U.S., it will come out on premium VOD before coming out on CBS All Access.

Keep scrolling down to read more Upcoming Animated Movies in 2021

Raya and the Last Dragon

The upcoming animated film “Raya and the Last Dragon” is confident to thrill each generation for a unique reason. On March 5, 2021, we’ll meet a fierce female warrior named Raya who, 500 years after dragons sacrificed themselves to protect humanity from the huge Druun creatures.

Like its sister studio Pixar, WDAS has dedicated itself to numerous original films after broadcasting back-to-back sequels. First up: this fantasy epic set in the magical world of Kumandra, a land colonized by an ancient civilization — and dragons — which brings out on the cultures and civilisation of Southeast Asia. A reshuffle behind the scenes indicates that the creation hasn’t been smooth; the directors have changed, as has the lead voice actor, who is presently Kelly Marie Tran.

McGrath returns to supervise his sixth feature at Dreamworks. Family Business is a series to The Boss Baby, the 2017 comedy that became a surprise box-office smash and generated a franchise. Ted, the advanced intelligent and precious infant star of that film, has grown up and is now a hedge fund CEO; cue the entrance of a new boss baby, this one voiced by Amy Sedaris.

The original movie was based on a picture book by Marla Frazee. Supposing that a simple children’s book has spawned a media power (including the Netflix series broadcasted in 2018, The Boss Baby: Back in Business, and even an interactive Netflix special), maybe it is the babies who are behind everything. The intelligence bent of this film only performs to support this conspiracy. But the story of the birth and the uneasy growth of a family is timeless at any age.

Minions: The Rise of Gru

The Rise of Gru both a prequel and a sequel within the highest-grossing animation franchise of all time. Narrative chronology places it between 2015’s Minions and the Despicable Me trilogy (2010, 2013, 2017); if Minions revealed where the gibbering yellow henchmen arrived from, this film delivers an origin story for the villain who comes to be their commander. It was halted by a year after the pandemic temporarily shut down Illumination Mac Guff, the company’s Paris studio.

Paw Patrol, the preschool phenomenon about a pack of problem-solving pooches, has already generated stage shows. Video games, and also a merchandising empire. It’s a wonder that a feature didn’t come before. Don’t expect big surprises from this movie, which once again pits the dogs and their holder Ryder against the nefarious Mayor Humdinger. Kim Kardashian West leads the voice cast.

Disney teased this much-anticipated movie at its Investor Day, with a short clip that provides a flavour of the Colombian setting. The teaser gives frivolity away about the plot, which follows “a magical family [who] live in a magical home.” Howard and Bush were, respectively, a director and a writer on 2016’s Zootopia, a large critical and commercial hit for WDAS. The irrepressible Lin-Manuel Miranda is implicated with the music.
Release date: Disney’s current release schedules have packed November 24, 2021, for an untitled animated element, and the Investor Day presentation committed to a fall release for Encanto. We’re inferring the film is now sitting in that slot, but the studio hasn’t announced this.

Earwig and the Witch

For the first time in six years, American audiences will bring to watch a new Studio Ghibli feature in theatres. The story, about a young orphan who’s ignorant that she’s the daughter of a witch. Marks a stylistic break for the legendary anime studio: this is Ghibli’s fully CG-animated feature, although early impressions suggest a highly stylized approach. Goro Miyazaki (From up on Poppy Hill) is authorizing, with his father Hayao credited for “planning.” The movie was one of four animated features comprised in Cannes Festival’s official selection in 2020.