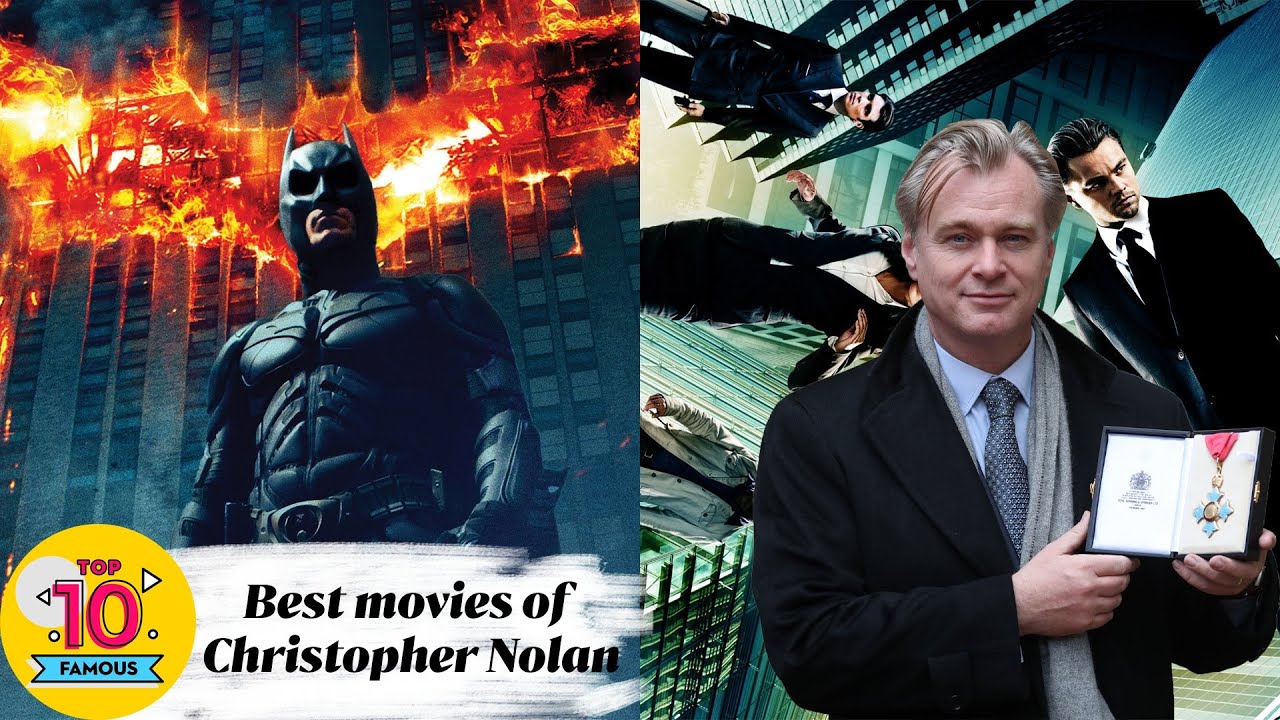 Well known British based director, producer, and screenwriter, Christopher Nolan was born on 30 July 1970 in London. Christopher has developed an interest in filmmaking from a young age. His debut film is Following(1998). He got global identification with his 2nd film Memento(2000). The film selected for the best original screenplay. From using his trademark non-linear storytelling to never-ending experiments with metafictional elements, elliptical cutting, temporal shifts, Christopher has conquered everyone’s heart. With ten wins and 34 Oscar nominations, Christopher became the most promising and famous director of Hollywood. Some of Christopher Nolan’s best movies are Memento, The Dark Knight Trilogy, The Prestige, and Interstellar. Christopher is the highest-grossing director worldwide. The Dark Knight is his highest-grossing ($330.5 million) film.

What are the Best movies of Christopher Nolan? Did he upgrade his films with time?

Christopher has a unique way of representing his movies. That is why the director’s films have a different fan base. IMDB has ranked the top 10 best movies of Christopher Nolan.

Generally, Insomnia(2002) is a very underrated movie among Christopher’s all great movies. It may not be as great as Christopher’s other masterpieces. But still, it is considered one of the best films by Christopher Nolan. Despite the low rating, this movie is worth watching for sure. This movie is the remake of a Norweigian movie which stars Al Pacino. Al Pacino is a detective who investigates a murder in a small Alaskan town. Al Pacino has Insomnia. While dealing with it, he finds a killer who is blackmailing him. According to some of the audience, this crime film may not be interesting, but some audiences loved it and found it rare and exciting. The mystery of the film is fascinating. Al Pacino and Robin Williams were excellent. This movie is on number 10, with 7.9 ratings given by IMDB.

Following(1998) is the debut movie of Christopher Nolan. It is a short movie, but Christopher’s immense directing skills were still on full display. Following is a black and white mystery film in which there is a writer who follows people with the hope of getting material for his latest work. The film is small yet independent. That is why it is one of the best Christopher Nolan movies. The director presented his distinct ability incredibly. This movie is on number 9 with 7.5 ratings as per IMDB.

Inspired by the Dunkirk war of 1940, Dunkirk is all about an army attack by German Nazi on 3,30,000 British soldiers on a France sea coast during world war 2. Dunkirk is another film added to the list of best movies of Christopher Nolan. This movie shows an epic battle that happens during World War 2. The story may be confusing for some people, but some people may find it rare and exciting. This movie is on number 8 with 7.9 ratings.

The Batman franchise was dead virtually until Christopher Nolan came with his Batman Begins(2005) movie. The audience was so excited to see their favorite character on the screen once again. The film stars Christian Bale as Bruce Wayne and tells about how he became Batman and the Gotham City protector. Bale’s character was loved and praised by the audience, and this movie became one of the best Christopher Nolan movies. This movie is on number 7 with 8.2 ratings as per IMDB.

The film begins with a color of sadness and a dull atmosphere. As the story proceeds, elderly and exhausted, Bruce Wayne appears. It seems as if he has only some bitter memories of the past. The superhero Batsman has also been missing for almost seven years from Gotham city. Circumstances turn in such a way that Batsman has to return. Batman, who is not physically strong now, is surrounded by police and more robust enemies from all sides. He is going to die, and everything is on the verge of destruction. The whole thrill of the movie is all about how the odds of winning reversed. The Dark Knight Rises was loved so much by Batman franchise fans and hence made it one of the best movies of Christopher Nolan. This movie is on number 6 with 8.4 ratings as per IMDB.

Memento(2000) is a psychological thriller film. This movie is incredible from the direction, casting, performance to everything. It is a unique movie whose approach is still used as learning by many great directors. This movie stars Guy Pearce as Leonard, who is an insurance claim agent. He and his wife face an incident in which they got attacked in their house. In this incident, his wife dies, and Leonard’s brain gets damage. He makes tattoos on his body to remember information as he suffers short term memory loss. He then collects clues one by one and tries to trace his wife’s murderer. The film is admiringly crafted and shot in two parts which have two timelines. From start to end, one shown in black and white, and the other is from end to start, illustrated in color.

Ghajini, a 2008 Bollywood movie is the remake of Memento(2000). This movie is among one of the best films of Christopher Nolan and on number 5 with an 8.4 IMDB rating.

This movie is a story of two magicians trying to prove themselves superior to each other. Starring Hugh Jackman as Robert Angier and Christian Bale as Alferd Bordan, who are outstanding magicians. Robert is obsessed with Alferd as Alferd uses fantastic magic tricks. He keeps thinking about how to steal Alferd’s magic tricks and become the best magician. As we know that Obsession is a bad thing. When we are obsessed with anything, we are ready to do anything to get that. The same thing happens with Robert. He can do anything to defeat Albert.

On the other hand, Albert wants to tell Robert that simplicity is everything. They both portrayed their role amazingly and gave a phenomenal performance. But the real magician is Christopher, who once again surprised people with his best work. This movie is undoubtedly one of the best Christopher Nolan movies. This movie is on number 4 with an 8.5 IMDB rating.

Interstellar is an epic science fiction film. The beginning of the film takes us to 2067 where the Earth is slowly coming to an end. Humans are struggling to live there. It becomes difficult for humans to live on Earth. To save the existence of humanity, some astronauts search for a new planet. These astronauts pass through the wormhole to find a new home for humans. Wormhole, space travel, black hole, time dilation, many scientific concepts have shown. Overall, this film is the best epic science film you will ever see. From writing the story to make the film, Nobel prize-winning theoretical physicist Kip Thorne appointed as a scientific consultant. This film has also won the Academy Award for Best Visual Effects. With a rating of 8.6/10, this movie is on number 9 and one of the best movies by Christopher Nolan.

Inception is a science action fiction film directed and written by Christopher Nolan. It is a heist movie starring Leonardo DiCaprio as Dom Cobb. He plays a thief who does not steal anything materialistically but the people’s dreams by entering their minds. He has the skills to enter people’s imagination and steal all their secrets and dreams. Later, He offered an impossible task to plant an idea in someone’s mind rather than steal it. Isn’t it a unique idea? Christopher Nolan spent almost ten years writing Inception’s script. The cinematography, structure, design, everything in the movie is excellent. But this movie can be a bit difficult to understand for some audiences. This movie also won 4 Oscar Awards and became the most popular and one of the best Christopher Nolan movies. This movie is on number 3 with an 8.8 IMDB rating.

Now, come to the most loved movie by Christopher Nolan, The Dark Knight. The Dark Knight is the best movie, a superhero film written and directed by Christopher Nolan. It is the second installment of The Dark Knight Trilogy and a sequel of Batman Begins. Gotham city’s crime rate is decreased due to Batman and Lieutenant James Gordon’s efforts as soon as the psychopathic character the Joker starring Heith Ledger enters the town. People loved the way Heath Ledger performed his role. Many criminals join the Joker clown as he promises them to solve all their problems by killing Batman. This movie was nominated for 8 Oscar awards and won 2 awards. This movie topped the list of best movies by Christopher Nolan with a rating of 9.0/10. 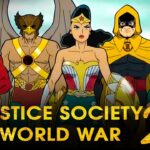 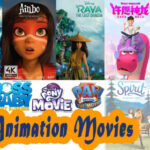