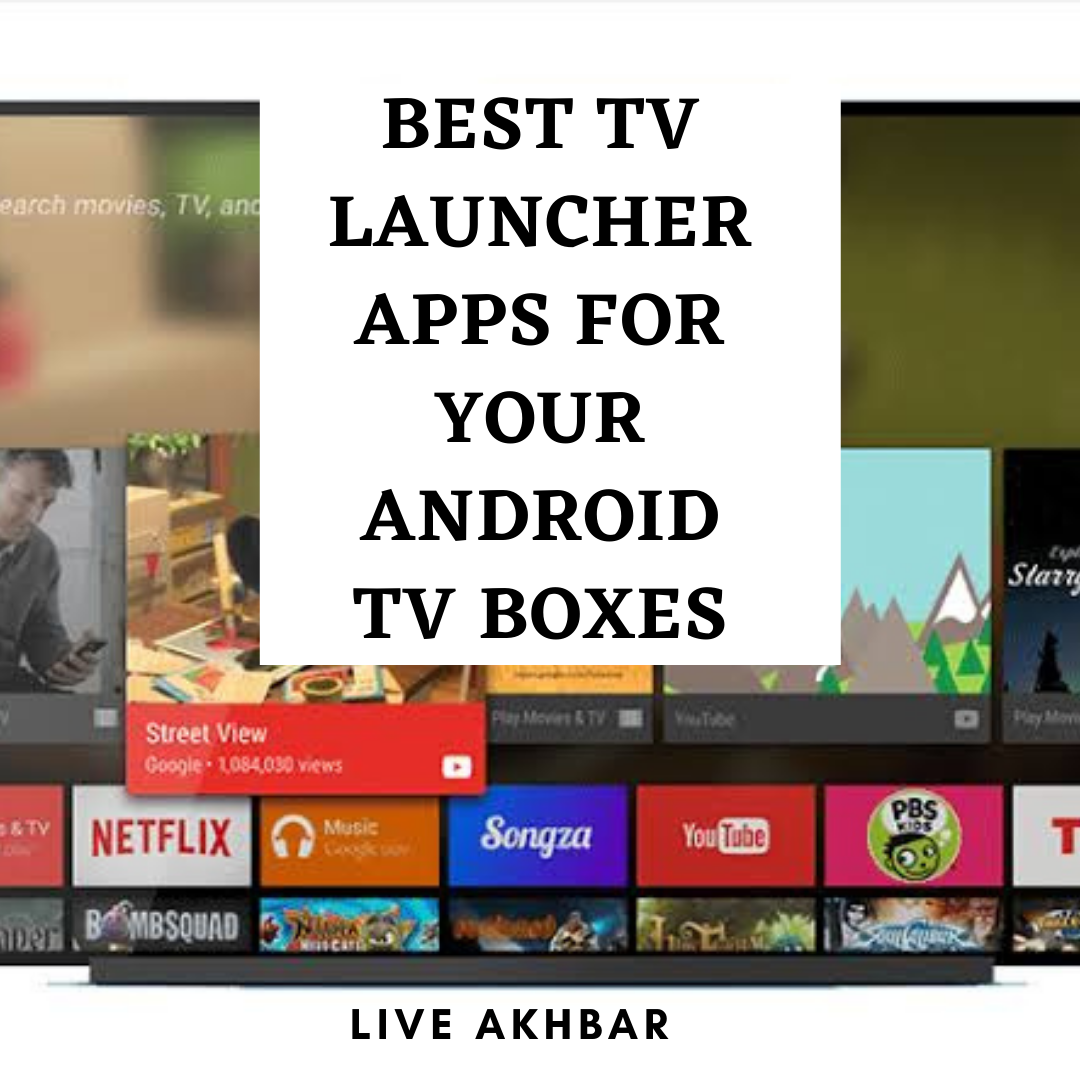 Time changed and so the television. Now it is very easy to connect your Android phone to your smart TV. It’s quite a great experience to watch YouTube videos on your television rather than on your phone. Actually, it is a standout TV device that is capable of delivering unlimited entertainment with the base of Android OS. This techno-friendly TV allows the users to design their TV home screen in the way they want in an attractive manner.

What is Android TV Launcher?

It will be just unfair for you all to know about the best TV launcher apps unless and until you don’t have any knowledge about it. You must have seen a home screen on your Android TV that contains necessary application menus and videos. This is what you call an Android TV launcher or simply launcher. If you are thinking of changing or replacing your launcher, note that it means to change the layout’s background images and the overall look of the icons.

Moreover, with the help of it, you can also replace your apps from one place to another according to your convenience. Although you may download the Android TV launchers from the app market the people always face problems while choosing the best and the most convenient one! Swipe below to have a look at some of the best launcher apps for your Android TV.

The users who are in search of a launcher so that could have endless options for customization on Android TV. Most importantly it allows you to add your favorite widgets on your home screen whether be the time or the weather widgets; you will find everything available here. Next, ATV Launcher enables the user to set their images in the background or change the colors according to their own choice. Customization of the tile option is also available. Well, everyone loves to have their own wallpapers and so this launcher has that option for the people. Isn’t it awesome? Basically, you will get everything on this launcher that seems missing on the default Android TV launcher.

MUST READ: What is VPN? Best free VPN extensions for Chrome

If you are looking for a launcher with would provide a better look as well as functions to your Android TV box then definitely Ugoos TV Launcher is one of the best apps you should choose. This launcher offers boundless customizations which include applying different color themes, changing category icons, edit, rename and a lot more. It has a feature of new category select in which you can search and select your own board from given eight categories and an additional one goes with all your applications.

Here we come up with the official Android TV Launcher by Google which is supported by all the models of the Android TV box. In most cases, it is pre-installed on it. Moreover, it has an ability that enables the user to pause and resume the contents or information of the app. Although it is a free launcher people find it pretty difficult to use. It comes under the category of lightweight launchers and requires version 5 or higher of the Android to work.

With infinite settings, HALauncher is working greatly in the Android TV boxes. Besides all, it also acts as a side-loading tool for installing third-party apps on your Android TV. Often it is usual to see that the Android TV’s home launcher does not make the sideloaded apps visible. But if you are using HALauncher then you are able to run apps that are designed for tablets and smartphones just by a one-click operation. Wonderful, right? Actually, it is an updated launcher that has a material design and comes with Android 5.0 and therefore, it fits right with the Android TV. So concluding this if you want a highly customizable and updated launcher that will allow you to create shortcuts and sideload apps then this will be the best for you.

It is another launcher for a smart TV that is compatible with all the Android TV boxes. Although it is of minimalistic design, it allows the user to access multiple programs at the same time. Notably, you will not find it stuffed with settings and options. Genuinely the free version has some limitations and so it offers the user only a limited set of functions and customization. The pro version comes up with every function which a free version denies having. In this, you are able to control all your apps, select the apps for your home screen, remove the unnecessary applications, and a lot more. If you have an underpowered and cheap Android TV box then definitely this launcher is worth checking out.

This launcher is a perfect and clean Android TV launcher that is highly customizable which allows the user to customize their home screen in various ways. It features a simple search function and therefore it is an optimized launcher. This search function makes the user find their apps in real-time. You will see all the apps arranged and present separately in four different columns. Moreover, this feature also offers quick access to the custom category. Furthermore, you will find that it also offers a shortcut for all the available categories. But after the trial period ends, you need to pay for the further use of this launcher.

If you are willing to enjoy complete control over how your home screen should look according to your own choice then TV Launcher would be the best Android TV launcher for your needs. It is useful in placing apps anywhere on the screen as well as adding tiles and widgets. In addition to this, it has a built-in layout editor. Further by using this editor you can also create your own tiles or by adding an image or an ICO file. It offers an option where users can add multiple apps to a single tile and supports custom wallpaper options. Nevertheless, it has a feature that supports PIN-protected apps. Most importantly, it is an ad-free launcher.

How to Sideload Apps on Android TV

Many a time, some Android TV boxes don’t have Google Play pre-installed in them. And if that’s the case you might face the problem and struggle to install the launchers which we discussed, here. So, for installing them onto your device you will need to sideload them. Here we have three ways for you to sideload apps on Android TV:

ALSO READ: My Phone Says Insufficient Storage But I Have Space, How to fix that?