The technology of the smartphone camera is rapidly improving and advancing because when are we going to compare a mobile phone, camera is one of the main things which comes into consideration. The smartphone camera is built by combining a number of parts from the lens, laser focus system to sensors. Nothing spoils a photo more than a blur which is caused by the camera shake and thus, Image Stabilization (IS) comes into the game. It is one of the important ingredients of a smartphone camera. Without it, you are unable to take perfect shots and get blurry pictures and video quality look like an old Bollywood movie.

As you know while capturing light, the camera’s shutter has to be open and during that period even a small vibration can spoil your image. Technically all smartphones provide Image Stabilization. And in this article, we are going to discuss different types of image stabilization.

Optical Image Stabilization is hardware that uses a micro-electromechanical system i.e. MEMS gyroscope which detects movements and adjusts the camera necessarily. For example, if you are holding your smartphone camera while clicking a picture or shooting a video and if your hand slightly moves to the right then the Optical Image Stabilization detects this movement and shift the camera slightly to left. Gyroscopic sensors are used in OIS to detect shake, which sends data to a micro center that moves the lens accordingly.

Since it is a hardware solution thus resulting in the image doesn’t, It requires any cropping or alignment because the phone uses a full sensor readout to capture pictures. The product of this digital Stabilization is zero distortion and a more natural video since no other effect is used to the video.

You have to pay more for a good Optical Image Stabilization equipped smartphone because the construction of a good OIS is a bit expensive which increases the cost of the material and directly adds to the bill. Thus, Optical Stabilization is a feature that is generally found on high-end smartphone cameras.

OIS is an efficient tool whether it comes to shooting videos or photos. This feature is particularly suited to the low light scenario, where the camera’s shutter will remain open for a long duration. Without Optical Image Stabilization even a slight hand movement can result in a fuzzy picture.

It is an important process of HDR and night mode where multiple images are taken by the camera in a small space of time. And for videos, it will detect a point of high contrast and tries to keep that point in the same part of the frame. More advanced EIS uses machine learning to identify the subject and lock the Stabilization. A losing thing in EIS is that it results in an unnatural distortion from little changes in perspective.

Hybrid Image Stabilization as its name suggests is a combination of both Optics Image Stabilization and Electronic Image Stabilization. HIS is all over a good solution. Basic hardware Stabilization is provided by OIS and further smoothing of the video is done by EIS. Because OIS is also there in HIS, the crop factor of EIS does not have a great impact. The buffer around the edges of the image can be smaller, which has a little impact on the final output.

There are no special benefits for images to a hybrid stabilization. EIS can be on HDR and night shots while OIS provides fuzz-free shooting in all scenarios.

If you have to pick between EIS or OIS go for OIS i.e. hardware-based solution. Because OIS provides less unnatural looking for video and so much better for still images.

While OIS is dominating when it comes to stills, the same is not true for videos. EIS does an excellent job of moving pictures in a sequence.

So, it depends on you for what purpose you need your smartphone’s camera.

If you are still not pleased with the quality of your videos by OIS, EIS, and HIS, then one last thing can be done which is to use a gimbal. Moreover, a gimbal is a pivoted that keeps equipment steady while the supporting platform moves. Or we can even say that these are large gyroscopes. With gimbals, you will get more help to develop smooth pan and tilt movements. 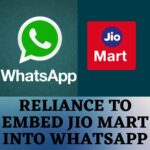 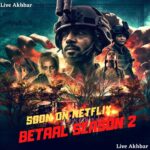