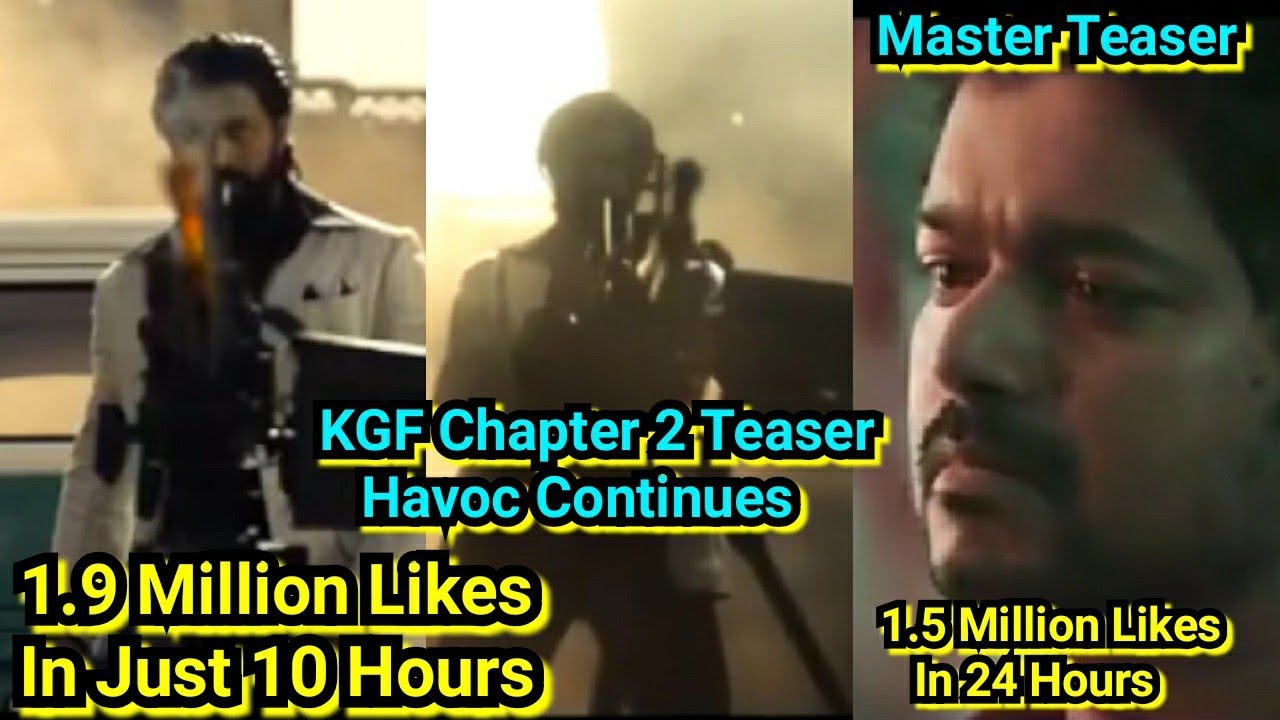 Yash starrer KGF chapter 2 cross 4.5 million likes today and set a new record today. It is today Yash’s birthday and the KGF Chapter 2 teaser out. Yash knows now Rock star Yash. He impressed the whole world with his attitude. Fans are waiting excitedly for KGFchapter2 and this Kannada star popular in India after the KGF chapter 1.

Sanjay Datta in the lead role against Yash and Raveena Tondon also here. KGFChapter2Teaser crossed 2 Million Likes on Youtube in just a few hours timespan. Moreover, the Fastest Indian teaser to hit this mark. First movie teaser to have 78 million views. After Bahubali KGF chapter 1 was the second popular movie in the country.

Theaters are going in losses and KGF Chapter 2 will provide profit for Theaters. Fans are excited for #KGFchapter2 and when it releases in Cinema will all record exposed. Yash has become a superstar and his attitude has been well received by the audience. KGF Chapter 2 was scheduled to be released in 2020 but was delayed due to production. Hopefully, this film will come soon.

If you like the movie then surely you saw KGF Chapter 1 and surely you feel excited. Mostly KGF 1 attitude and music and dialogue scene impressed people. “You are taking fish in your hand to feed the crocodile, but crocodile does not like fish” and “History cannot be created in a hurry, but it is also true that history cannot be created even by planning” these dialogue very popular. Some black & white scene remember the 80s decade and mother and son relation with the background music emotional us.

After the interval story remembers the Hollywood movie scene.
The scene, which kills a hundred people simultaneously, is reminiscent of Bahubali. And the way the gangster is depicted, the gang of wasepur also appears behind. Finally, we say that this is a fantastic south movie.

The KGF Chapter 2 Release date is expected to be released by the end of 2021. Although the makers are waiting for the cinema halls to work in full occupancy. Moreover, the Tamilnadu government recently took back their full occupancy order, and now the theaters will work in 50 percent occupancy only. Although the KGF Chapter 2 making has been completed and soon the makers might announce the release date too.

The KGF Chapter 2 teaser breaks all-time record and has become the most viewed liked and commented video on the web at the moment. Even the Youtube servers went nervous after the atomic drop of the trailer.