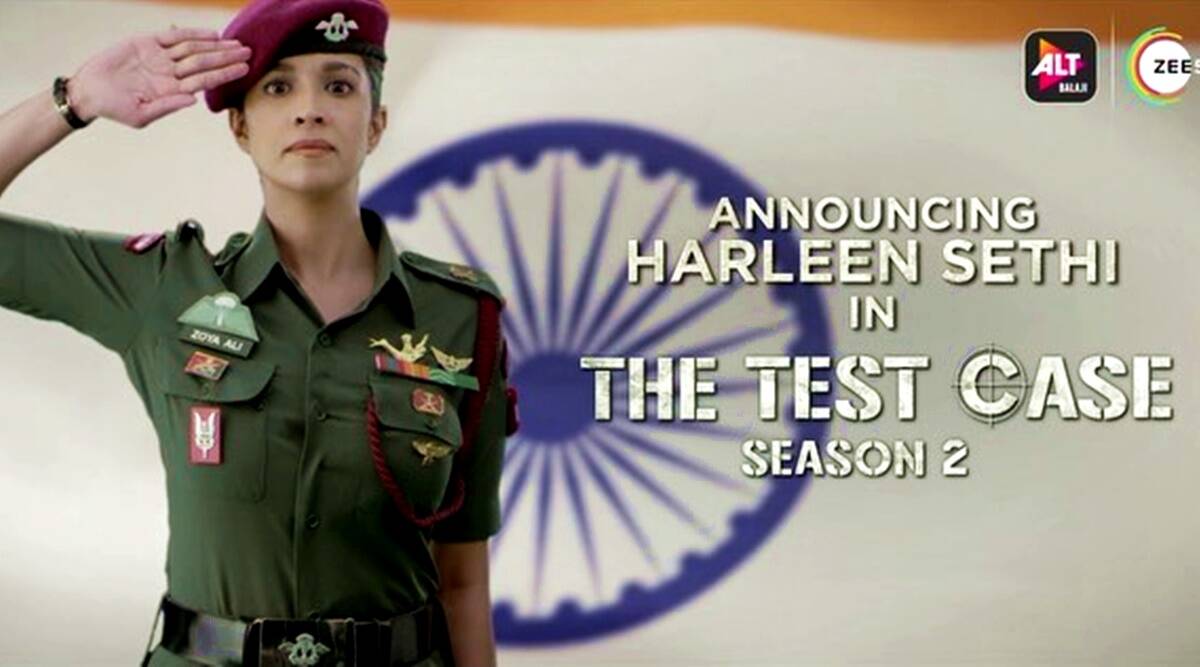 After the first season of The Test Case series fans are eagerly waiting for another season so, for them there is definitely a good news that it is coming. The final and confirmed release date for The Test case season 2 is not announced yet. But it is confirmed that it is releasing in 2021 and Altbalaji will publish the final date very soon. The teaser is already out and it is rocking. It will premier on AltBalaji and zee5. We will inform you with the latest updates of this series just keep in touch with LiveAkhbar.

The series is produced by Juggernath Productions and written by Sagar Pandya. According to the teaser, it is clear that the shooting of the series is a plot in Kashmir. The storyline revolves around a woman officer who is in search of a mysterious man, finding him she will find redemption. It will focus on the lives of army officers how they sacrifice their life to protect us and that the soldiers are the real heroes. Test case season 2 will also reinforce the fact that women and men officers are the same. It has great thrilling dialogues. It is hoped that the test case season 2 will also be a successful series on the top platform.

The cast in season 2 includes , Harleen Sethi, Nimrat Kaur, Juhi Chawla, Atul Kulkarni, Rahul dev, and Anup Soni. All are the same as in season 1 just a few additions are here. Harleen Sethi is new who is supposed to be the protagonist of the story

The Test Case season 1 is featured by Nirmal Kaur, Akshay Oberoi, Atul Kulkarni, Rahul Dev, and Anup Soni. It is a successful web series, much appreciated by the fans and viewers.
The plot of The test case is very interesting, especially for women. The protagonist in the story is a woman who is the first and only woman in the Indian army force training to join a special forces army team. Being the first woman she remains a test case for the team to include any women for next time.

The story revolves around the journey of captain Shikha Sharma (Nirmat Kaur).
She overcomes many challenges faces physical challenges to complete a demanding barrier race. Later on She somehow manages to fulfill all the expectations as she is very intelligent, strong and she has everything that an army officer needs. The season is comprised of 10 episodes.
It has very great dialogues One of the famous dialogues is “WHEN TERRORISTS ARE AT YOUR DOOR, WILL YOU TRUST A WOMAN TO SHOOT THEM DOWN?”
the series is filled with a great sense of patriotism and love for the country.

Overall nobody can say it’s not worth watching.

Harleen is an Indian actress. She became very popular from the Series Broken but Beautiful and was loved by the audience. Harleen is performing a great role in test case season 2 as a protagonist.
She has more than 4 hundred thousand fan followings.

It has a very good rating overall for the platforms. Moreover, On IMDb, it has a rating of 8.4 out of 10 which is considered very high. In fact, It received positive reviews and there are almost no critics. This series is one of the best patriotic shows.

ALTBalaji is founded by Ekta Kapoor. It is owned by Balaji telefilms. This is an Indian subscription-based on-demand platform that has more than 11 million downloads. It was established, on 16th April 2017 and the test case series aired on 30th April 2017. With the successful completion of this series’s love for the audience this platform also gained popularity.