Bandish Bandits is a romantic drama series that got so much love from the fans. When it was released in August, all were hoping for season 2 as well. And, so here it is for all those who were eagerly waiting for the release of the second season. Bandish Bandits will stream on the Amazon Prime Video. The storyline, casts, and music are a perfect blend of drama, romance, and tragic twists. This series is super exciting and fun to watch. Discovering a passion for the love angle, Bandish Bandits season 2 will be, of course, great to experience.

Talking about many web series movies, we will come to know that there are enormous available on OTT platforms. Whether on Amazon Prime Video, Zee5 Original, Netflix, Disney Plus Hotstar, or ALT Balaji. But there’s always a difference when we talk about a simple romantic drama series, right? So here we are. Bandish bandits is a new series of the year 2020 which was released on 4th August this year itself. After season 1 the fans will be getting to see season 2 of this series.

Bandish Bandits is directed by Anand Tiwari and is produced by Still and Still Moving pictures. However, Anand Tiwari created it along with Amritpal Singh Bindra, and also, he is the screenplay writer. Coming to the lyrics, Tanishk S Nabar, Sameer Samant, Divyanshu Malhotra, and Traditional. Music is composed by Shankar-Ehsaan-Loy. The plot has a main theme of music and revolves around Radhe and Tamanna, who are in the lead role.

After seeing the massive success and showers of love from fans, the team has announced bringing season 2, finally. Although, there’s no official announcement from their side regarding the release date. However, it can be released probably in 2021.  As once the team said about completing the script of season 2.

The story-line of season 1

In the first season of Bandish Bandits, we saw how Tamanna and Radhe both belonged to two different genres of music but came together in search of their passion.

The lead actress Tamanna is a music Pop performer whereas Radhe belonged to traditional Rajasthani music. Tamanna was currently running down and met Radhe in a concert that was organized in Rajasthan. There, she heard Radhe’s music and thought of collaborating with him. On the other hand, Radhe is fighting with his own issues because he has been told to take forward his family’s traditional music and for this, he struggles a lot. But due to his family’s economic crisis, he decides to collaborate with Tamanna. But he decides that he will be hiding under a mask because his grandfather will not want him to perform his music other than at the Rathod house. The twists begin when Radhe’s step-uncle appears in the series. She wants to be the successor of Rathod house and for this, he challenges Pandit Ji.

The challenge is then set between Radhe and his step-uncle, Digvijaya. Finally, Radhe wins but then also Digvijay is not ready to step back. He states that he will become the successor of the house, for sure. And meanwhile, we all have seen the perfect chemistry and romance between Radhe and Tamanna. But despite loving each other they both get separated when Tamanna feels guilty for whatever is happening in Radhe’s life. So, she decides that she will join the music class and left by saying that she will start from scratch.

The plot of Bandish Bandits Season 2

Till now, the storyline of the Bandish Bandits season 2 is not revealed yet but we can assume that the romance between Tamanna and Radhe will continue in the second season as well. However, it will be more interesting to see Digvijaya coming up with new ideas to become the successor of the Rathod family. Fans are predicting that they could see the story of Radhe’s mother, Mohini, who once defeated Pandit Ji in music.

The overall analysis gives the idea that we will come to see a great plot in the second season and hope it will be engaging the audience as the first season of Bandish Bandits did.

The cast of the Bandish Bandits

The main cast of Season 1 who played important roles includes many faces. The lead actress Tamanna is played by Shreya Chaudhry as a pop music performer. Radhe Rathod, the lead character who is belonging to traditional Rajasthani music, is played by Ritwik Bhowmik. Radhe’s step-uncle’s role i.e Digvijay Rathod is played by Atul Kulkarni. Naseeruddin Shah is playing the role of Pandit Radhe Mohan Rathod, grandfather of Radhe.

Rajendra Rathod is the lead actor’s father which is being played by Rajesh Tailang. A tough Competitor of Pandit Ji who defeated him once in music is Radhe’s mother, Mohini, played by Sheeba Chaddha. She is also the love interest of Digvijay. Amit Mistry as Devendra Rathod as Radhe’s Uncle. Kunaal Roy Kapur as Arghya, Rahul Kumar as Kabir, and Rituraj Singh as Harshvardhan Sharma. For a new interest, Tridha Choudhary is playing the role of Sandhya who is the fiancée of Radhe, the lead actor. Avantika’s role is played by Meghna Malik, etc.

Bandish Bandits was super fun to watch as there were 10 interesting episodes in Season 1. Their titles were as amazing as the main title of the series. Let’s have a look at them:

AT A GLIMPSE: The Gray Man delayed filming due to rising Covid Cases

All these episodes were released on 4th August 2020. It is streaming on Amazon Prime Video. Not only this, the series had a full package of mind-blowing songs which are composed by Shankar-Ehsaan-Loy. Here’s the full list:

Ritwik and Shreya on their work in this series

Before season one could hit streaming on Amazon Prime Video, Shreya Chaudhary and Ritwik Bhowmik spoke about their roles and casting.

Bandish Bandits, as we all know, is directed by Anand Tiwari and the lead role is being played by both of the amazing actors. Both of them spoke about their experience of working in this series and sharing the screen space with Naseeruddin Shah, just ahead of the big launch of the first season.

As per the interview, Shreya said that the script chose her. She immediately agreed upon the work when she came to know about the cast and the director. She explained how Shreya and Tamanna are very different. Adding to the statement she said it is a romantic show that is woven around music and so this project is very fresh for her.

Ritwik Bhowmik played the role of Radhe in the show said that he immediately gave his nod to the project. He also said, just like Shreya I wasn’t chosen but this script chose me. He explained how one could not say no to this amazing project where the music is composed by Shankar-Ehsaan-Loy and is directed by Anand Tiwari.

ALSO READ: THE SHRINK NEXT DOOR SEASON 2 RELEASE DATE IS STILL TO BE ANNOUNCED! 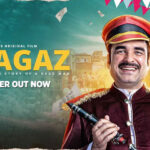 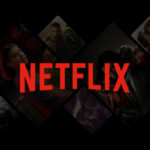