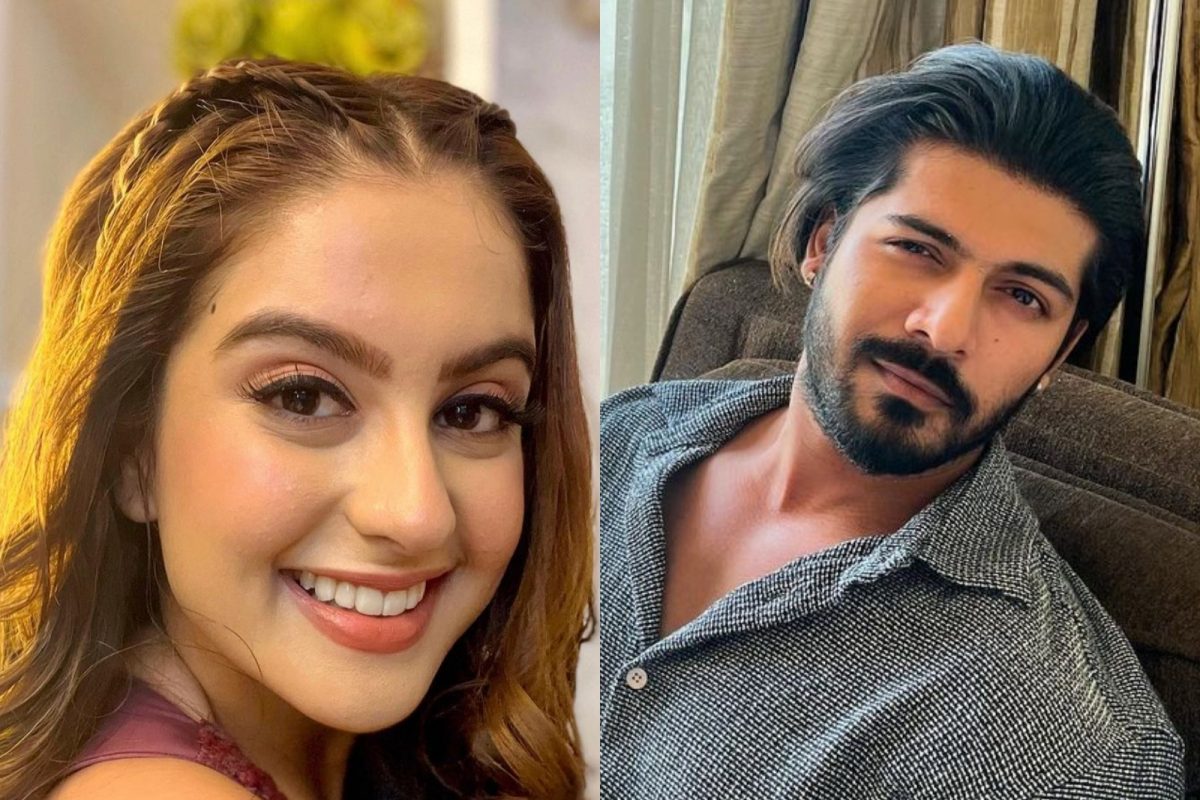 Recently an Indian television actress Tunisha Sharma found dead in her makeup room. On 24th December 2022, her fans got to know that she hanged herself in the bathroom of her makeup room on the set of Alibaba: Dastaan-E-Kabul. She was an Indian actress who what in many television shows and movies. Tunisha was just 20 years old, her family said that reason behind her suicide was her break up with his co-star Sheezan Khan. Well, no one knows the correct reason as of now, she did not leave any kind of note as well. So, before jumping on to the main topic let me introduce Sheezan first to you all.

Sheezan is also an Indian television actor who worked in many television shows like Jodha Akbar, Silsila Pyaar Ka, Chandra Nandini, Tara from Satara, etc. He is currently working in Alibaba: Dastaan-E-Kabul as a lead actor. Today, in this article you will get to know everything regarding Tunisha Sharma’s boyfriend and her life.

Tunisha Sharma’s boyfriend Sheezan Khan aka Sheezan Mohammed Khan was born on 9 September 1994. This 28-year-old actor was born in Mumbai, Maharashtra. He has worked in many Indian television shows and is quite a familiar face of Indian television. Sheezan is a fitness freak, we can say this by visiting his social media accounts. Now come to the main topic, Tunisha’s family says that she and Sheezan were in a relationship for 3 or 4 months. Tunisha was madly in love with his Co-star. Reports are saying that Sheezan approached her first and he also promised her to marry, but then broke up with her.

Sheezan was arrested by the Waliv police under section 306 as Tunisha’s mother Vanita Sharma filed FIR against him, and also a case of abetment to suicide is registered against him. Well, in this case, some headpieces are taking out the angle of ‘Love Jihad’. But according to Sheezan, he was very disturbed by the case of Shraddha Walker, so he finally decided to get separated from Tunisha, which she could not handle. During a question-answer session, he also disclosed that Tunisha had attempted suicide previously also, and the reason was the same. Now, Sheezan is in Police custody, and the department trying to solve the case as soon as possible.

Tunisha was born on 4th January 2002 in Chandigarh, India. She was just 20 years old and she was a child artist, who worked in many Indian television shows like Bharat ka Veer Putra- Maharana Pratap in 2015 as Chand Kanwar, Chakravartin Ashoka Samrat as Rajkumari Ahankara, Internet Wala Love in 2018 as Aadhya Verma, Ishq Subhan Allah in 2019 as Zara/Babli, Hero: Gayab Mode On Season 2 as ASP Aditi Jamval in 2021, Alibaba: Dastaan-E-Kabul as Shehzaadi Mariam in 2022, etc. She had also been seen in many shows playing special appearances which include Ishq Mein Marjavaan as Aadhya Verma in 2018, Silsila Badalte Rishton ka as Aadhya Verma in 2018, ASP Aditi Jamval in Madddam Sir in 2021 and Wagle Ki Duniya: Nayi Peedhi Maye Kisse.

Apart from her television appearances, she was also seen in many Bollywood movies like Fitoor as Young Firdaus in 2016, Baar Baar Dekho as Young Diya in 2016, and Kahani 2: Durga Rani Singh as Minnie Sinha. In Dabangg 3 she played a cameo of a hostile girl in 2019. This was the whole career of the beautiful actress, Tunisha Sharma, which, unfortunately, now become the only way to recognize her.

Born on 9th September 1994, in Mumbai, Maharashtra, Sheezan is an Indian television actor who debuted with the very popular show Jodha Akbar in 2013. He played the role of Young Akbar in the show. And in 2014 he again joined the same show as Sultan Murad Mirza. Then in 2016, he was seen in the show Silsila Pyaar ka as Vinay Saxena, and he was also seen in Chandra Nandini as Prince Kartikay in 2017. After this Sheezan was seen in various shows like Prithvi Vallabh: Itihaas Bhi, Rahasya Bhi in 2018 as Yuvraj Bhoj, Tara from Satara in 2019 as Arjun Priya, Ek Thi Rani Ek Tha Raavan as Raghav, Nazar 2 in 2020 as Apurv Singh Chaudhary, Pavitra: Bharose ka Safar as Aarya in 2021, and Alibaba: Dastaan-E-Kabul as Alibaba.

If we talk a little bit about his family, you may be shocked to hear this, he is the brother of the Naaz sisters. Yes, he is the brother of Falaq Naaz and Shafaq Naaz, you may see Falaq in the shows like Ram Siya ke Luv Kush, Vish ya Amrit: Sitara, Mahakali, Sasural Simar ka, and many more. Shafaq is also a big name in the Indian television industry, you must have seen her in Mahakali, Mahabharta, Ghum hai Kisi ke Pyaar Mein, and many more.

So, this is all in this article, well guys, now see what turn this Tunisha Sharma suicide case takes.

Who is the boyfriend of Tunisha Sharma?

Sheezan Khan was her boyfriend.

She was an Indian television actress popularly known for her character of Rajkumari Ahankara in Chakravartin Ashoka Samrat.

What was the age of Tunisha Sharma?

Who is Sheezan Khan?

He is an Indian television actor, also he is an accused in the Tunisha Sharma suicide case.

What is the age of Sheezan Khan?