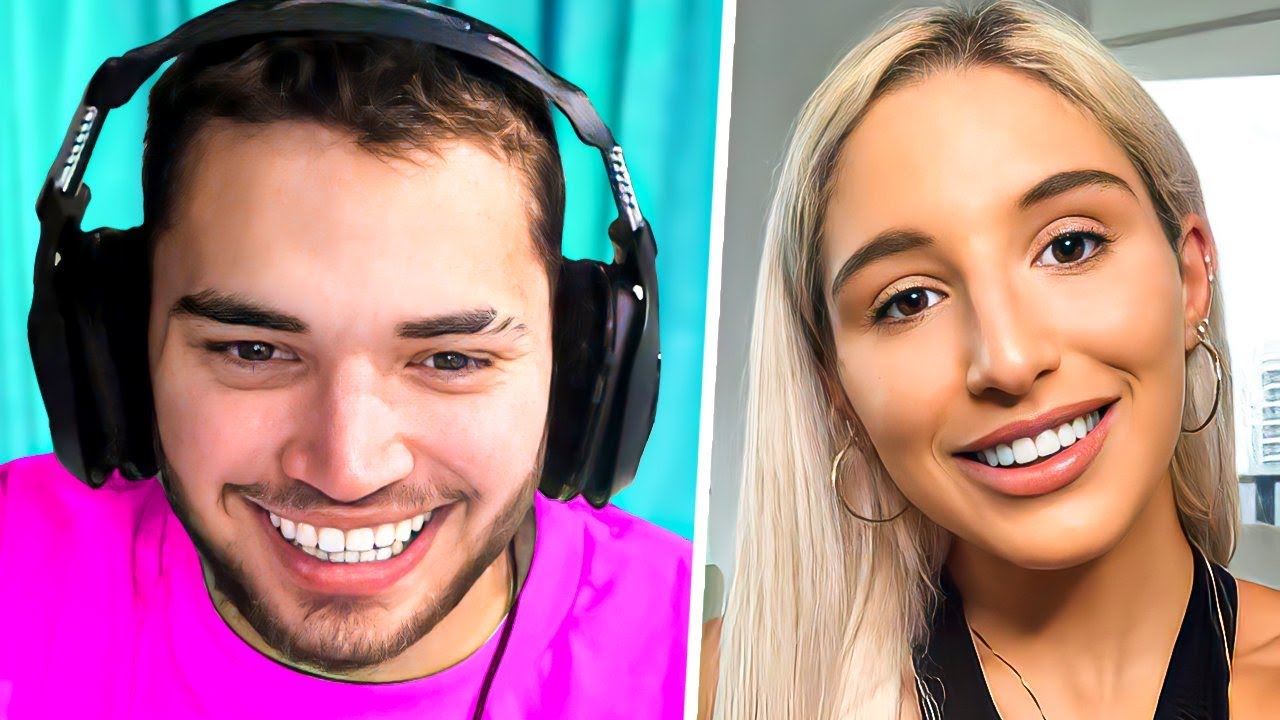 Is their relationship over? Is Pami still dating Adin Ross? Are they still together? Why did they break up? Well, the questions are endless on this subject. There are a bunch of questions out there regarding Pami and Adin’s complicated relationship. Before we talk about their bonding, let me quickly introduce them to you all. I hope you are aware of Adin Ross! He is among the famous Twitch streamers out there.

The American YouTuber, Adin Ross is highly renowned for his work. His most recent streams include NBA 2K and GTA V gameplay. He is highly active on all social media platforms. Coming to his lady-love, Pami! You must have seen her highly innovative and creative TikTok videos. She has around six million followers on TikTok. Initially, we guessed that the two were dating one another! Finally, last year Pami and Ross accepted the rumors out there.

Is Pami and Adin Still Dating?

A few weeks back, we heard about a YouTube video titled, “Adin and Pami are still together”. This video clears up all the rumors out there. Some sources said that Adin was secretly dating Pami’s sister. According to our studies, the rumors are incorrect. He is still very much in love with Pami. Adin keeps us updated about his latest relationship. Apart from streaming regular content on YouTube, the American Youtuber also gives us a sneak peek into his love life.

They have been publicly dating for almost 2 years now. Last year, particularly in April, we spotted them hand in hand. The couple grabbed our attention and finally, Ross and Pami addressed their relationship rumors. Their post still exists on their official Instagram accounts. They both even tagged one another! The post includes various pictures of them together. They enjoy each other’s company a lot.

Over a few months, they have developed a deep bond. Ross is quite transparent about his connection with Pami. But it looks like his girlfriend thinks the other way around. Pami loves to be around Ross, we have seen her a few times in Adin’s YouTube videos. But unlike Adin, Pami is not very much open about her cordial relationship with Ross. She is a firm believer in privacy.

Pami is originally from Dubai. But at the age of fourteen, her whole family moved to Texas. Just like her boyfriend, she too tried to start a full-fledged YouTube channel. But things didn’t go the way she planned. YouTube didn’t work for her, but TikTok did wonders for her career. She is among the famous TikTok stars out there.

Adin Ross has always been obsessed with a streaming career. Back when he was just 12 years old, he was stabbed by one of his relatives. As per sources, the injury was pretty bad.

Sources also say that his relative was not in a stable mental condition and was later admitted into a mental asylum. He recovered from that injury and went back to his age-long hobby. Streaming became his top-most priority and now he is recognized as one of the best streamers out there.

The two are still inclined toward each other. They are not breaking up! It’s not happening. The two love each other a lot. Adin is even planning to marry Pami. He has said it out loud. Looks like your favorite YouTuber has found the “one”, he was looking for her.

They might soon take up their relationship to the next level. Adin has made up his mind. Pami is loving, caring, and sweet. We might soon hear about their wedding bells! Adin and Pami have stayed with each other through thick and thin.

Their followers are in love with their relationship. Let’s hope they never end their cordial bond with one another. As of now, they are still together, and let’s hope they stay like this forever.

Adin was previously involved with Stacy! His name was also seen beside the famous Twitch star, Carina Kopf. The rumors were initially addressed by Ross. He simply denied them and said that he has never been romantically involved with Carina.

Adin’s ex-girlfriend Sommer Ray was captured in an uncut interview. She was asked about Adin’s latest relationship. Just like us, she too adores the couple to the core. Adin is a loving human being.

He is very genuine, humble, and sweet. She doesn’t hold any hard feelings toward him. According to her statements, Pami and Adin look great together. They are surely made for each other.