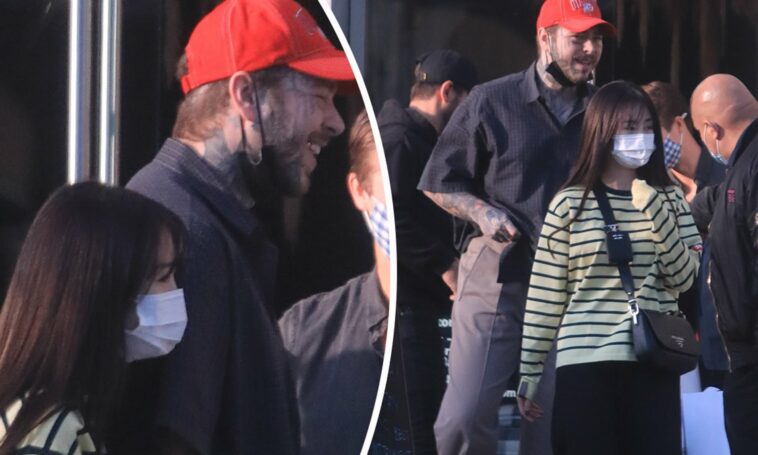 Post Malone is one of the most popular singers currently, known for merging and fusing different genres such as R&B, pop, indie, and hip-hop. The hit song “Circles” singer is not for his distinct taste in music and excellent perception of music. Post Malone is widely to be the singer of “Sunflower”, the song took off after being featured in the oscar-nominated film “Spiderman into the Spiderverse”. Recently he has been touring, something that all his fans look forward to. Malone shared some new news on his social media page that earns the singer a double congratulations after revealing the birth of his daughter and also announcing his engagement!

Post Malone confirmed on TMZ that the mother of his child is now his Fiancé but no confirmation has been made about who the mystery woman actually is, speculation has been made that it’s a woman named Jamie. Pictures of the 2 have been photographed together, in one such instance Post and Jamie can be seen standing together, and the woman beside him is in a mask and a striped sweater. In another picture of the two together found by a few fans it can be seen that Post Malone stands behind her, and they are surrounded by his friends while the woman leans on him.

Jamie has been dating Post Malone for over a year, according to a user. In February 2022, an Instagram user inquired about Post Malone’s girlfriend. The musician confirmed he was dating someone and that it made him “the happiest he’s ever been,” but he also hinted that he wouldn’t reveal any further details.

According to the magazines, Post’s girlfriend has never been in the spotlight, and the pair has been peacefully establishing their relationship in private.

While doing an interview with The Howard Stern Show which airs on Sirius XM Post Malone told the host on 13th June that he had become a father of a newborn baby girl. When he used the word “baby girl” in his interview the host asked him if that referred to his partner or did he actually have a baby to which he revealed that he did in fact have a daughter now. Howard inquired about the fact that his daughter’s birth had been kept a secret, and that they had no idea he had a daughter. Malone said that the rapper “keeps all that quiet,” saying that he wants those closest to him to make their “own decisions” about any disclosures.

He is more than happy to share this wonderful news about his life with his fans. Post Malone did not disclose when his daughter was exactly born or even when did he propose to his fiancé, the singer wanted as much privacy as possible. He has never disclosed the identity of his fiancé to the public eye.

Malone also shared his excitement ahead of their baby’s arrival, saying that he was super excited and that he really can not wait to be a “hot dad.” Post Malone even stated that he has been looking forward to being a father for a very long time, almost as long as he was a kid himself.

While giving an interview with Zane Lowe he said that even when he was a kid, around the age of 4 or 5 he used to carry this doll everywhere, it turned out that the doll was actually a baby doll and that he always thought that it was so cool to have to take it everywhere with him.

Austin Richard Post or Post Malone was born in Syracuse, New York, on July 4, 1995. He was brought up by his father, Richard Post, and Jodie, who was his stepmother. One of the reasons Malone dabbled in different genres of music is music his father was a DJ during his own teen years and introduced him to different genres.

Malone said that when he was young around the age of 14 or 15, that’s when he decided to have his rapper name “Post Malone”. The name was thought to be a tribute to NBA player Karl Malone, but Malone later clarified that “Post” is his last name, and he came up with “Malone” using a “rap name generator.” Malone made his first mixtape, Young and After Them Riches, at the age of 16 using the audio editor Audacity. He showed it to a few of his Grapevine High School classmates. As a senior in high school, his classmates voted him “Most Likely to Become Famous.” As a teenager, he was employed at a Chicken Express.

Malone soon attracted the attention of record labels after “White Iverson” received one million views within a month of its release. He secured a record deal with Republic Records in August 2015. Malone has since collaborated with a number of well-known rappers, including 50 Cent, Young Thug, and Kanye West. He played at Kylie Jenner’s 18th birthday party in August 2015, when he met Kanye West, who liked his music and asked him to collaborate on the tune “Fade” from his album The Life of Pablo (2016). Malone’s association with Justin Bieber, a Canadian singer, and songwriter, led to Malone’s role as an opening act for Bieber’s Purpose World Tour (2016–17).

Malone beat Michael Jackson’s 34-year-old record for most weeks on Billboard’s Top R&B and Hip-Hop Albums chart in August 2018, with his debut album Stoney reaching its 77th week, compared to Thriller’s 76 weeks. In August 2018, a collaboration album with rapper Mac Miller was also teased. He previewed his song “Sunflower,” a collaboration with Swae Lee, from the soundtrack to the film Spider-Man: Into the Spider-Verse, during his performance on The Tonight Show Starring Jimmy Fallon. Malone stated in November 2018 that he was working on his third album in his Utah home.

Malone’s album Beerbongs & Bentleys was nominated for four Grammy Awards at the 61st Grammy Awards. Album of the Year and Record of the Year were among the nominations. Malone released a preview of an unreleased track called “Circles” on YouTube on August 5. He subsequently played the song at his second consecutive Bud Light: Dive Bar show, where he also announced that the official version would be published the following week. He revealed the album’s completion on the same day, July 25, 2019, during Cheyenne Frontier Days. On August 30, 2019, he released the single. On September 6, 2019, he revealed that his third studio album will also be published.

Malone performed a live-streamed set from his house in late April 2020, comprised solely of Nirvana songs. For the set, Malone sang lead vocals and played rhythm guitar. He was supported by Travis Barker on drums, Brian Lee on bass, and Nick Mac on lead guitar. Over $5 million was raised for the World Health Organization’s COVID-19 relief fund as a result of the performance. Nirvana’s surviving members Krist Novoselic and Dave Grohl, as well as Kurt Cobain’s widow Courtney Love, praised the performance.

His fanbase is cleverly known as “Postmates” or “Motelcrew” ranging from people of all ages but a majority of ages 20 to 30. He has 16.9 Million followers on Instagram and is ranked 11th on Spotify with 37.8 million followers. His songs are actively listened to and streamed on the platform. He attracted a lot more followers after his song “Sunflowers” from the movie “Spiderman into the Spiderverse” blew up which resulted in his fanbase increasing a lot.

His fans often are worried about him, on March 6, 2020, Post Malone made news after disturbing videos from his Runaway Tour began to leak. Malone is shown behaving in an unusual manner in the film. During his tour, one fan posted a compilation video of the “Goodbyes” artist on stage and engaged with fans.

The follow-up to 2019’s Hollywood’s Bleeding, Post Malone’s next album Twelve Carat Toothache, will be released on June 3rd. The album also includes a song from the new LP. “One Right Now,” Malone’s collaboration with The Weeknd, is currently available to stream. Twelve Carat Toothache was released on June 3, with a deluxe edition featuring two additional tracks following on June 7. Posty also aims to release cassette and vinyl editions of the project on June 24 and February 10, 2023, respectively.

Post Malone’s fourth studio album, Twelve Carat Toothache, was released roughly six years after his first, Stoney. According to a Billboard feature, the album is about 45 minutes long and includes tracks that speak more to how he’s feeling at the moment: the ups and downs, the disarray, and the bipolar side of being an artist in the mainstream. Roddy Ricch, Doja Cat, Gunna, The Kid LAROI, The Weeknd, and Fleet Foxes collaborated on the record, which was released on June 3, 2022, as planned.

The fans wish Post Malone all the happiness seeing that now he is very content with his newborn baby, fiancé and the release of his fourth studio album.

You can stream his latest album on Spotify now!

MUST READ: Miranda Rijnsburger Biography And Net Worth 2022! 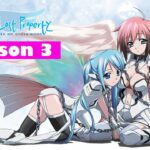