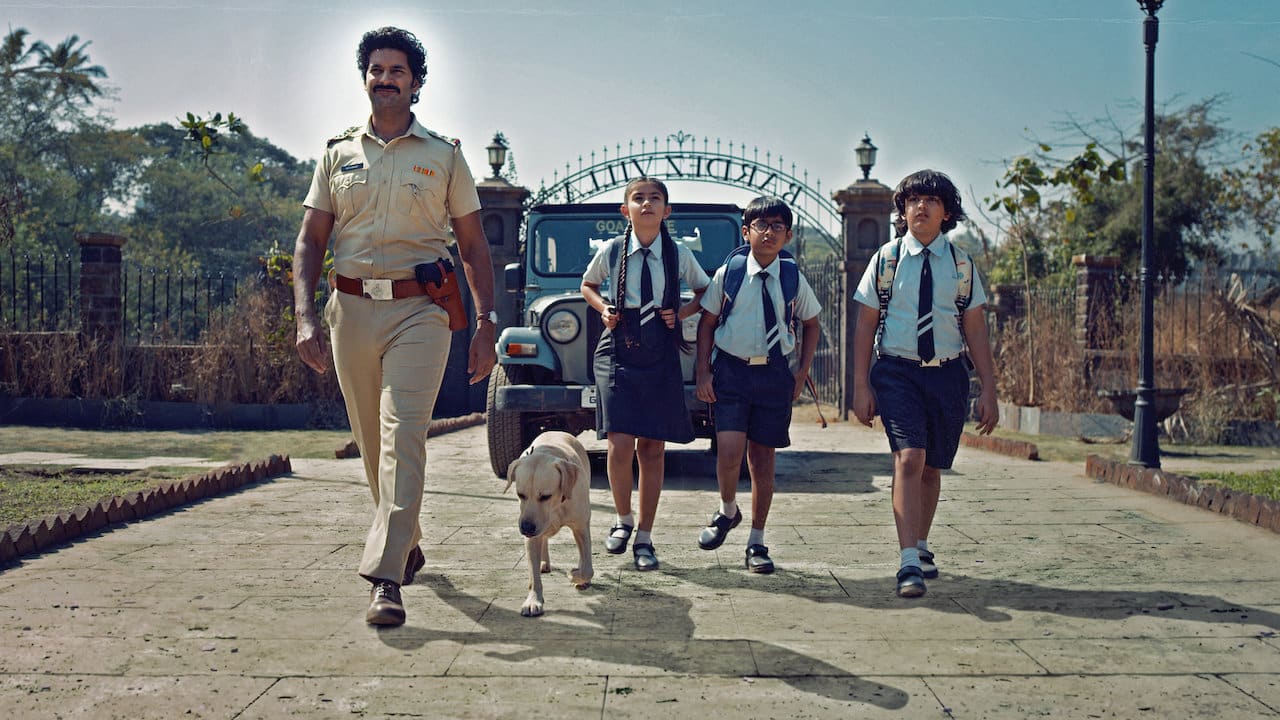 We all remember the good old days of 2019 when the world was at little peace compared to now and Netflix still had good content. One show that was famous in pop culture was Typewriter, we have seen a lot of ghosts but this one lived in a typewriter. That ghost was definitely intelligent to be living in a typewriter and pulling off scary moments.

Directed by Sujoy Ghosh, and written by Suresh Nair and Sujoy Ghosh, Typewriter was a good show. It was thrilling, dramatic, gripping, and obviously scary, it was a good show for a one-time watch but the cliffhanger was really great and kept everyone waiting for the truth. Season 1 was released in 2019 in the month of July, so what about Typewriter season 2, we are here with the details of it.

Even if Typewriter had a mediocre rating of 6.4 out of 10 on IMDb, it surely was well-received, the story may seem predictable to some but to be fair every horror show and the movie suffers with that argument. Typewriter season 2 is not announced yet, it has been over three years and a new season is not out or even announced by the makers. The fact that it has been three years since season 1 was released makes the chance of a season 2 relatively low.

If you are a regular Netflix watcher you would know that Netflix has this tendency of canceling the shows that were popular. There are either two reasons why season 2 of Typewriter is still not out, one, is budget issues. If a series demands more budget than what Netflix can provide, the show gets canceled, and that could be a valid reason in the case of Typewriter season 2.

Reason number 2 could be that the series was not able to get many viewers but that could not be the case with Typewriter as the show definitely got enough attention. Netflix always gets bashed for just canceling the unfinished shows, one of the many shows is Archive 81, that show was released in 2022 and was appreciated but the series was abruptly canceled. We may keep some hope and wait for the second season but that sounds a bit far-fetched let’s see what is stored in the future for the fans of Typewriter.

The typewriter followed the story of a ghostly typewriter and the events. Sameera, Satyajit, and Devraj are three kids who are fascinated by ghosts and stories about ghosts. They have read the book titled The Ghost of Sultanpore, and they are on an expedition to find the ghost they read about. They make a ghost club and try to find the ghosts, they go to the big villa but a new family has shifted in that villa. When they reach the villa they see really weird and strange things but the typewriter is the strangest of them all.

The show then goes back in past to let us know about the story of the typewriter. There was a woman in the village who had the power of killing people just by looking into their eyes, she was a kind person and never used her power for bad things instead she would help people who don’t want to live anymore for some reason. The people of the village think she is a witch and tries to kill her and she gets furious and gives her power to her son Fakeer, and tells him to not be a good person. Fakeer starts to get revenge for her mother’s killers and starts to kill people, the police arrest him. A novel writer is interested in Fakeer and interviews him, an execution is announced for Fakeer and the writer helps him in reliving.

When the soul of Fakeer comes back into his body the writer gets scared and again kills him but then the soul attaches itself to the typewriter. The typewriter becomes deadly and wants an innocent soul to rise again there are twists and turns, and the kids and the police inspector are successful in destroying the typewriter. But in the end, we see that the typewriter is still intact. If there will be a season 2 it will tie the loose ends of season 1.

Typewriter season 1 had a great cast, actors such as Palomi Ghosh, Jisshu Sengupta, Purab Kohli, Sameer Kochhar, Aarna Sharma, and more if there will be a season 2 we will see the same cast.

Where To Watch Typewriter Season 2 Online?

The typewriter is available on Netflix, if there will be a season 2 it will stream there.

1. When was Typewriter initially released?

Cherish The Day Season 1 was initially released on 19 July 2019.

2. How many seasons of Typewriter are there?

There is a total number of 1 season of the show.

3. When is the Typewriter Season 2 release date?

There is no release date for the show as it hasn’t been renewed.

4. Is the Promo for the Typewriter Season 2 released?

5. What is the genre of Typewriter Season 2?