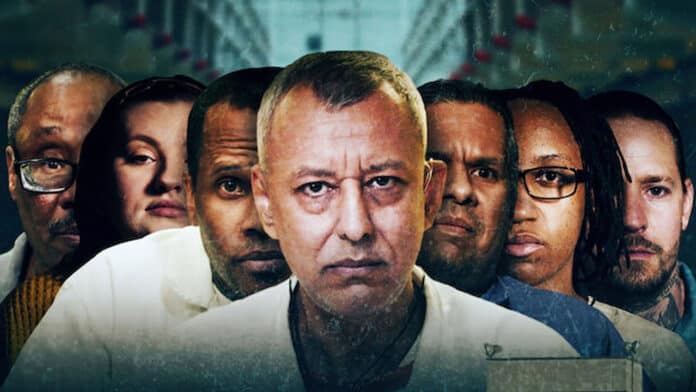 I am a Stalker is an upcoming Netflix Original web series. Netflix is the world’s leading streaming entertainment service with over 220 million memberships in over 190 countries. Netflix released a first-look teaser of I am a Stalker on its official channel on YouTube and other social media platforms on September 30, 2022. It is a forthcoming series that would be released on October 28, 2022. I am a stalker is a documentary and a spine-chilling crime series which is from the producers of 2018’s I am a Killer. I am a Killer is a crime and investigation series. I am a Stalker is also a co-production with Netflix, and is scheduled to premiere in the UK on Crime + Investigation in 2022. The estimated running time per episode is 50 minutes similar to most of the web series produced by Netflix.

Is I Am A Stalker Based On A True Story

Recent reports say that roughly 1.4 million people are stalked every year in the U.S. alone. I am a Stalker is a documentary series that profiles the most notorious stalkers who are currently behind bars. Yes, it is based on a true story. It is a true-crime project that might be of your interest if you’ve watched and liked “I am a Killer”. We would get to know about stalking from the point of view of both stalkers as well as the survivors in this series.

This true-crime show is rated TV-MA. It rather gets dark, as details of harassment and abuses might be done. We would get a broad overview of the stalking cases in the series, “I am a Stalker” as it will include in-depth interviews of stalkers as well as the survivors. The stalkers explain in their own chilling words, how love slowly turned into a deadly obsession that they ended up stalking them. If you are somebody who has seen or experienced stalking, it is recommended that you do not watch the series as it may cause or give rise to past or even non-existent mental trauma.

ALSO READ|| Is The Catholic School Based On A True Story?

I Am A Stalker Story

I am a Stalker is a series based on true events. So, each episode will be having different storylines. The storylines might probably revolve around different people and their own different points of view about stalking in itself or the case they’re talking about as well. The producers of I am a Stalker are the same as that of I am a Killer.

I am a Killer is also a true event-based series that is captivating and quite unsettling as it puts us viewers face to face with murderers. It has a total of two seasons with 20 episodes. Interviews are conducted with murderers who are in maximum-security prisons across the U.S. after confessing their crimes. The series shows us the perspective of the killers and their motivations.

The show also talks to the victim’s families, the murderer’s families and friends, and even journalists to add context and more meaning to that particular story. The significance of I am a Killer is the way it includes the perspective of the criminal which the audience found worth watching. If you are somebody with a weak perspective, we would like to remind you that anybody who is part of the acting, directing, or production crew does not intend on promoting stalking, and rather it is a way to increase awareness about these stalking or events circulating stalking.

Since I am a killer was given a rating of 3/5 by Netflix and 7.4/10 on IMDB it was termed as an incredible study of human nature, drug abuse, manipulation, desperation, and criminality all leading to murder. This embarks high hopes for ‘I Am A Stalker’.

I Am A Stalker Cast

As it is based on true stories, there is a chance of having a true cast telling their own stories. Any star cast hasn’t been announced yet.

I Am A Stalker Trailer

The trailer of I am a Stalker hasn’t been released yet, which may release in a week or so.

Netflix released a first-look teaser on YouTube on 30 September 2022.

Where To Watch I Am A Stalker Online?

And if you are interested in similar series, then I am a Killer might as well grab your interest. If it does, you can it on Netflix too.

ALSO READ|| Is Trees Of Peace Based On A True Story?