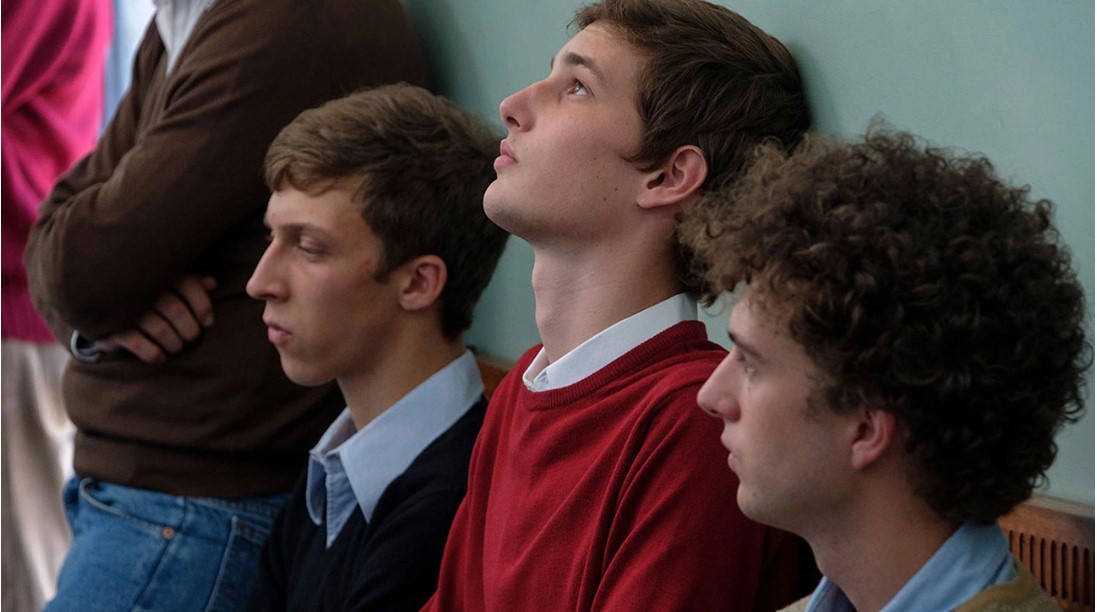 What if rape is not considered a crime? Will this be fair to the girls who face such heinous incidents? Of course, not! The reason why we are here with this question lies in the dark movie, The Catholic School. It is an Italian movie released on Netflix on 14th September 2022. Last year at the Venice Film Festival, it had its premiere, and after almost a year, it was made available on streaming giant Netflix. In Italy, the viewers were able to watch it on 7 October 2021. Featuring an ensemble cast, the film is based on a novel titled the same. This novel is written by the Italian author Edoardo Albinati. Originally titled La Scuola Cattolica, this Italian movie says a lot about domestic violence and rapes.

The Catholic School is obviously an 18+ movie, and in addition to this, it is a critically acclaimed movie. Also, it won the Strega prize. With a run time of 107 minutes, it shows the harsh reality of the society of Rome. Director Stefano Mordini has tried to portray the story pretty well. The story is narrated by Edoardo, who tells about a private boys’ high school. One who watched The Catholic School will surely wonder whether it is based on a true story or not. This is because of the violence, brutality, and elite privileges shown in the film persuade one to search for its true facts. So, without wasting much more time, let’s get straight to the point.

Is The Catholic School Based On A True Story?

Simply answering, yes. The story of The Catholic School is based on a true incident that took place in 1975 on the streets of Rome. In the series, three elite boys of high-profile families target two innocent girls to rape them. Firstly, two of them, Angelo and Gianni, approach the girls for friendship, and when all of them get familiar with each other, the boys take advantage of it. They manage to contact these girls named Donatella and Rosaria and abduct them to an isolated house. With the point of a gun, they lock both of them in the bathroom. It was very unexpected for the girls as they thought the boys had brought them to that place just for a small party and to hang out casually. Angelo forcefully makes Donatella and Rosaria undress. As the story moves forward, we see that the boys have made the girls sit and wander in the house without any clothes on. Even Gianni and the other boy had no clothes on. Donatella was constantly begging for mercy, but it didn’t work. She was afraid of what will she tell her parents. Rosaria completely left her hope of returning back to her home. These elite boys sexually harassed them and showed no mercy. If Donatella and Rosaria did not act according to them, they would have killed the girls without any second thought.

Then we have another culprit entering the scene. His name was Andrea. At first, he talks softly to the girls, and Donatella begs him for help. But he also showed his cruelty. After a few days, the three of them now try to hide the girls’ bodies. There was blood all around Donatella’s body parts, and Rosaria was dead. Angela covers the bodies with plastic and wraps them around a blanket. He places the body in his dad’s car secretly. The police inquire about the incident, and Angela is arrested. Donatella is rescued from the car, but she is horrified and can’t stand what happened to her in a few days.

The real story states that at the time when this brutal, cruel, and heinous incident took place, rape against a person was not considered a crime. It was just against public morality. After this case, all the accused were given life sentences. Donatella and Rosaria’s case not only ignited the public to demand the law, but the streets of Rome were shaken. In 1996, Italian law underwent a change, and finally, sexual violence fell into the category of crime. Angelo committed two more murders of women after being released in 2005 on parole for good conduct. Andrea escaped arrest and lived secretly. Finally, the culprit died in 1994 in Morocco. Gianni has been free since 2009 as his punishment sentence was reduced. The victim of this massacre, Donatella, lived for 47 years and died in 2005.

ALSO READ: Pirate Gold Of Adak Island Review: Is It Worth Watching?

The movie is not straightforward. The series of events shown seem difficult to relate to. All the scenes change out of nowhere, so the exact story can’t be figured out easily. The entire story is narrated by Edoardo, who introduces us to several characters. Many of them have no relevance to the story as the focus of this film is three elite boys. Basically, The Catholic Boys shows what exactly happened in that school in the 1970s and how the students lived. The story is narrated with a definite timeline.

Picchiatello, whose mother was a gorgeous actress but she, was sexually involved with one of his class members, Jervi. Jervi also had an intimate relationship with Lia, Gioacchinno Rummo. Now, Gioachhino belongs to a pious home. Arbus wants to leave school early to pursue a diploma. One can say that he was the brightest and most admired by all. His sister is liked by Edo. Salvatore is Angelo’s brother, who is a year older than all his mates.

The second half of the movie suddenly focuses on the relevant characters and story. Overall, you can give this movie a watch, but it is definitely not for people below eighteen years.

READ MORE: Is The Anthrax Attacks: In The Shadow Of 9/11 Based On A True Story?