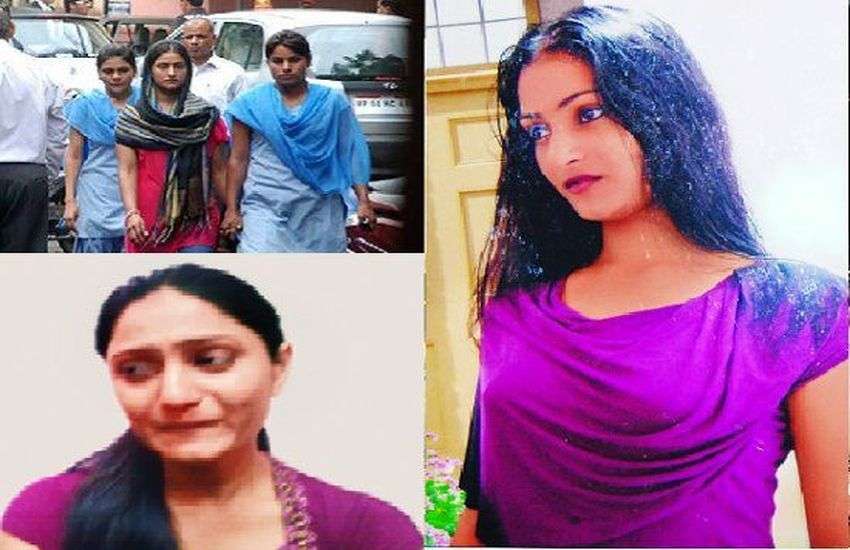 Delhi Crime season 2 just made its way through Netflix. The Delhi Police is loaded with a new case in hand that seems to be devastating as the last one. Season one of the show was based on the Nirbhaya Case and in season 2 we can witness a brutal case of the Kaccha Baniyan gang that becomes active in the state after 21 Years of Dormancy. let’s dive deep into the Real Story Hidden behind the Delhi Crime Season 2.

Is Delhi Crime Season 2 Based on a True Story?

Yes, the Delhi Crime Season 2 is based on the Gruesome Kaccha Baniyan Gang Style of Murders and Burglary. The Events shown are real and have taken place in the Past. The story of Delhi Crime Season 2 does have some fictional angle to make the audience cling on their toes. But still, almost everything shown in the crime aspect seems to be real.

Vartika Chaturvedi the IPS officer who solved the Nirbhaya Case is also the lead detective for the kaccha Baniyan Gang in the Show.

What is the Real Story Behind Delhi Crime Season 2?

The story depicted in the show is of Karishma Solanki Aka Lata Solanki. The Original name of the mass murderer was Neha Verma. Although as shown in the show the story is of Delhi. But after we did thorough research it seems to be from Indore. The story is of 2011 when Neha Verma Along with Rahul Choudhary, and Manoj Atodh committed heinous crimes in the city of Indore. Most of the Time not caught but in the end, a mistake and everything was revealed to the public.

Although the Style of Crime they committed was not of Kaccha Baniyan Gang Delhi Crime has related the story to reveal the minds of a criminal creatively.

Who was Karishma Solanki aka Lata Solanki (Neha Verma)

Neha Verma was a beautician in Indore and had big dreams, she was the one picking up the elderlies who had rich pockets and murdering them in cold blood with her three friends.

They didn’t murder the elderly while wearing underwear or Sandos. Instead, they sneaked into the house while everyone was asleep and murdered coldblooded. They used to hit the brain with heavy objects until the person bled dead.

As Shown in the show that the two friends of hers were killed by Karishma Solanki which happened to be a little different manner. While they planned to loot a new house one of his friends shot himself in the foot accidentally triggering the neighbours and was caught. later the whole story came into play.

In the show the first murder they did depict the real-life murder case of the Deshpande.
While Neha was caught she was the first woman in the State to Receive Capital Punishment! Just as shown in the show, the greed for quick money led her to commit such gruesome crimes that were unexplainable. during the investigation, police found multiple stabs on the bodies, and all were done by Neha Verma who was charged with Tripple Murder.

The character in the show explains the psychotic tendencies Neha Verma had. That seemed to be real as Who will stab anyone multiple times after firing a bullet? That’s some explicit ideology you need to have there.

Who was Murdered in Delhi Crime Season 2?

Karishma Solanki aka Lata Solanki originally Known As (Neha Verma) Murdered a three-generation family of Deshpande’s. She killed A granddaughter Ashlesha Deshpande who was just 21 and an engineering student. Neha Verma also killed Ashlesha’s Mother (Megha Deshpande) and Grandmother (Rohini Phadke) who were 42 and 70 Years of age on June 19, 2011.

Where is Karishma Solanki aka Lata Solanki (Neha Verma) Now?

Neha Verma along with her three Murders was put on Death Sentence in 2013. The crime was the only such incidence where three people were given a death sentence in a single go. Judge DN Mishra sentenced them to death for multiple atrocities that they committed. Which includes Dacoity Trespass and Murder.

Was the Kaccha baniyan gang led by a woman?

No, the Kaccha Baniyan Gang was not led by a woman instead they were a group of tribals who used to do petty crimes earlier and turned their way in for mass murders and Burglaries.

This Gang has been reported for decades! They were at their peak in the 1990s and later on disappeared for a while. In the Year 2014, the criminals came back and a series of crimes were committed. these groups have been active all over the country and many of them have been caught by the police.

Yet some cases appear in the form of Burglary and Murders. Their Style of committing a crime was completely off the grounds. They Applied Oil all over their body just to be cautious so that if anybody caught hold of them they can easily invade. There are tons of videos surfacing the Internet where these culprits are committing crimes in the old-fashioned murder style where Hammers and Tools are used to kill people.

There was a time when the whole Country used to fear the Kaccha Baniyan Gang, although they still exist yet the crimes are not as they used to be earlier. the police are active for such criminals to such an extent that they know by looking at the footage of a crime if that is the old school kaccha baniyan gang or not!