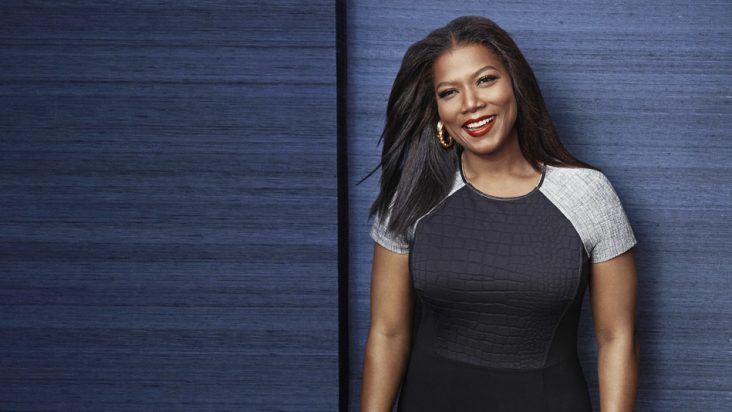 American rapper, actor, and singer Queen Latifah is the stage name of Dana Elaine Owens. She was born in Newark, New Jersey, signed a record deal with Tommy Boy Records in 1989, and on November 28, 1989, she published her newest album, All Hail the Queen, which featured the famous song “Ladies First.” She released her final and second album with Tommy Boy Records in 1991, titled Nature of a Sista. From 1993 through 1998, Latifah performed Khadijah James in the Fox sitcom Living Single. With the release of the single “U. N.I.T.Y.” from her third album, Black Reign (1993), she made history as the first solo female rapper to have a record certified by the R.I.A.A. This song significantly brought attention to issues like violence against women and the objectification of Black female sexual orientation.

The song reached No. 23 just on Billboard Hot 100 chart and received a Grammy Award. She later played the lead in Set It Off (1996), and on June 16, 1998, Motown Records published her fourth album, Order in the Court. With her performance as Matron “Mama” Morton in the broadway movie Chicago (2002), Latifah won praise and was nominated for Best Supporting Actress. The Dana Owens Album, Latifah’s fifth album, was released in 2004. She issued Trav’lin’ Light and Persona, two additional studio albums, in 2007 and 2009, respectively. She was the creator of the daytime chat show The Queen Latifah Show, established in syndication from 1999 to 2001 and from 2013 to 2015.

On March 18, 1970, Dana Elaine Owens was birthed and lived there for the majority of her life in Newark. She is the child of Irvington High School educator Rita Lamae and policeman Lancelot Amos Owens, Latifah’s parents. Latifah’s parents divorced when she was ten. Latifah was raised in a Baptist home. Regardless, she obtained her Irvington High School diploma. Attending Catholic schools in Irvington and Newark, New Jersey. Queen Latifah attended school at Borough of Manhattan Community College after graduating from high school. When she was eight, she got her nickname, Latifah, Arabic for “delicate” and “extremely kind.” Latifah, who has always been big at 5-foot-10 inches (1.78 m), played power forward for her high school’s basketball team. In production for the grammar school, she sang the song “Home” from the musical The Wiz.

She started beatboxing for the hip-hop ensemble Ladies Fresh and was a founding member of the Flavor Unit, a group of M.C.s centred around composer DJ King Gemini at the time. DJ King Gemini recorded a demo version of Queen Latifah’s rap song Princess of the Posse. He delivered the recording to Yo! MTV Raps host Fab 5 Freddy. Dante Ross, a worker at Tommy Boy Music, was drawn to the song. He signed Latifah, and in 1989, she released her debut single, “Wrath of My Madness.” Latifah became well-known in hip-hop for talking about black women’s problems. She wrote songs about various subjects, such as relationship issues, street harassment, and domestic violence.

Following Order in the Court, Latifah mainly focused on singing jazz and soul standards, which she had only sometimes done on her earlier hip-hop-focused releases. The Dana Owens Album, a collection of jazz/soul standards, was published in 2004. On July 11, 2007, Latifah performed as the featured act in a live jazz concert at the renowned Hollywood Bowl in Los Angeles. She performed with a 10-piece live orchestra & three backing singers, branded as the Queen Latifah Orchestra, in front of a people of more than 12,400 people.

The Mamas & the Papas’ the 1960s hit “California Dreaming,” among other favourites, was performed by Latifah in fresh arrangements. Latifah was asked in 2008 if she planned to release another hip-hop album. According to a comment from her, the album is already finished and will be called All Hail the Queen II. She launched her album Persona the year after, in 2009. The album’s lead single, “Cue the Rain,” was made public. In 2011, Tony Bennett recorded “Who Can I Turn To” as a duet with Queen Latifah for his album Duets II. Latifah revealed that she had been developing a new album in January 2012, promoting Joyful Noise on 106 & Park with Dolly Parton.