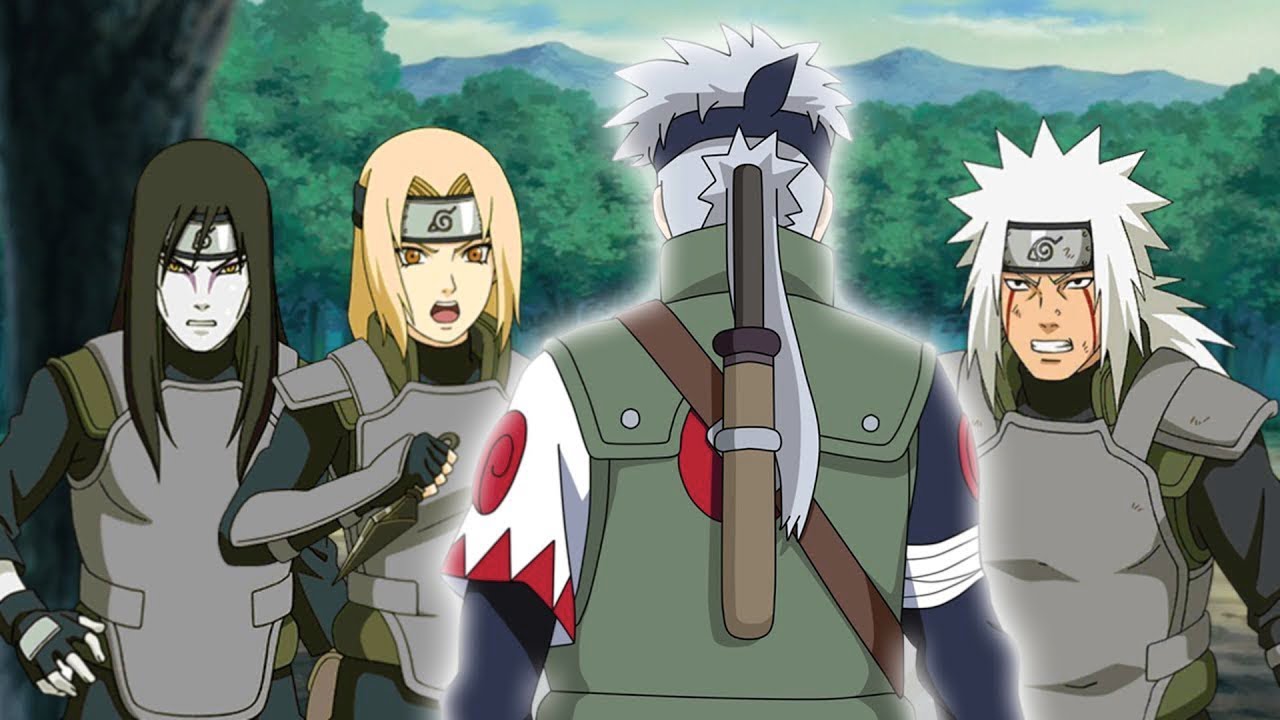 Naruto is a Shounen Action, Adventure anime series Written by Katsuyuki Sumisawa and Junki Takegam and directed by Hayato Date. The series is based on the manga of the same name by author Kishimoto, Masashi. The manga got published on September 21, 1999, and immediately became extremely popular around Japan and other countries. The immense popularity of the manga paved the path for the anime adaptation and on October 3, 2002, the anime further started getting popular among the general audience everyone loved the anime and it got to the point that people started associating the anime just with Naruto. It also became one of the most popular manga read by American readers the craze of Naruto still has not died it is very much active to this day fans consider it one of the greatest anime of all time. Naruto has varied characters every Naruto fan has their own favorite characters even though Naruto is the main character the fans tend to love other supporting characters. That is totally agreeable because the supporting character has played a very major role in holding the anime series together for so long that we are not sure if the series would be even same without them. Well, here’s what we know about Who Is The White Fang Of The Leaf?

Who Is The White Fang Of The Leaf?

Those people who have not read the manga and started watching the anime without much insight into the story always find it hard to catch up with some information that the manga readers already know about. One such question that often crosses their mind is who is the white fang of the leaf in the series, if you are new to the anime then you must be getting eager to know about this the answer to your question is Sakumo Hatake who is the father of the character Kakashi Hatake in the anime series is the white fang of the leaf. Sakumo was a very powerful ninja during his time he was considered even more powerful than the Sanin he was greatly respected by other shinobi he was a legend and one of the most superior Ninjas.

Sakumo Hatake was known as the white fang of the leave because he used a thunder sword everyone praised him and looked up to him as a great ninja but one incident changed everything and Sakumo Hatake had to take a fall for a huge war that broke down between two nations. Hatake and his teammates were assigned to a mission when the relationship between the two nations got sour while they were on their mission the other nation kidnapped white fang teammates Hatake had to decide if we want to continue the mission or want to save the life of his teammates. After making his choice he went to rescue his teammates then a war broke out between the two nations and everyone started blaming him for the war. Sakumo Hatake became depressed after the war while everyone around him was saying harsh words day by day his reputation got tarnished and every single person turned against him for not being able to take the fall Sakumo Hatake took his own life.

MUST READ: Are The Makers Interested In Jie Mo Ren Season 2 Release Date?

Why Is Kakashi Dad Called The White Fang?

Kakashi’s father was called the white Fang for a valid reason, his father was a very powerful Ninja he was very respected and highly skilled he used to go on battles with his tanto also known as the White Light Chakra Sabre when he used to throw his tanto it used to emit a trail of white chakra and that’s how this name came into play. Kakashi’s father took his own life after the cold and harsh treatment he got from the leaf villagers due to the war. After his death, Kakashi had the tanto in his possession for years the tanto eventually broke into two pieces when Kakashi had a battle with Iwagakure shinobi later in the series. Kakashi greatly treasured the tanto because it was a very valuable asset of his passed-away father and he used to care for it deeply.

Is Kakashi’s Stronger Than His Father?

Kakashi’s father Sakumo Hatake was a very well-known and respected ninja during his time everyone used to look up to him, it was also implied that he was even more powerful than Sannin. He had his tanto as well as he was very an expert at kenjutsu, if he compare his skills to Kakashi then the two of them are very much capable and skilled. However, later Kakashi ended up becoming the Sixth Hokage and he is also skilled with his jutsu techniques it is hard to say who among the two is stronger. Kakashi has fought many strong opponents and proved himself how capable he is he also has his Sharingan which his father did not have so technically he can be considered more powerful than his father in some way. When Kakashi lost his Sharingan he practiced every single day on his Jutsu which eventually later increased his Chakaras so even after losing his Sharingan he was never powerless he worked day and night to work on himself and get better each day.

How Many Hatake Are There In Naruto?

Hatake clan is also among the clans that live in the Hidden Leaf Village though the clan had only two members previously Kakashi and his father the great ninja Sakumo Hatake after the death of his father Kakashi was the sole member of the clan. Even though they were just two members in their clan his father was a very powerful ninja he was known as The White Fang and had great skills he used to fight with his tanto with his opponents and he was also considered to be as powerful as the Sannin. Kakashi became a prodigy and became the Sixth Hokage he had his Sharingan and many chakras too. Even though their clan was not the strongest if we compare them to other clans solely they were quite powerful they had these two valuable members. They do not stand out among the other clans that’s because after the death of his father he was left all alone meanwhile the other clans had many other members who ended up marrying and had their own families. Kakashi never got married in the series and he never had a family so that implies that the Hatake clan will eventually die with Kakashi and him and his father will only be a member of the Hatake clan.

ALSO READ: Will My Stepmom’s Daughter Is My Ex Season 2 Release Date Take Much Time?

Naruto follows the story of a young boy named Naruto who was sealed with a 9 fox tail because of this very reason he was a loner and nobody wanted to befriend him. But his teacher Iruka Umino always had faith that he will do something great he never gave up on him and always pushed him to do better. A guy named Mizuki betrayed the entire village and tried to steal the secret scroll that was kept in his care Naruto Mizuki tried to fight with Naruto and Iruka Sensei comes forward to save him. Naruto manages to fight Mizuki and eventually becomes the hero of the village, after fighting this guy he passes the Chunin Exams and becomes a ninja after this a team was formed with three members in the group with Naruto, Sakura and Sasuke he had only one dream to get revenge. Kakashi the leader of the team assigns them a test and the entire team fails the task they had to go through the punishment the real test was the punishment and they eventually manage to pass it. One of the major rules among the Ninja squad was that if you are a ninja and you leave your mission in the middle that is acceptable but betraying your friend is unforgivable. Third Hokage Hiruzen Sarutobi assigns the team with a mission when they were on their way for their mission but Zabuza captures Kakashi and the first and main fight begins where Naruto and Sasuke fight off the villains Sakura also battle the villains later in the series it covers their journey as they go on different missions as they come across different villains.

Where To Watch Naruto Online?

The entire series is streaming on Netflix, Hulu, Crunchyroll and Funimation.

Was Tanjiro’s Father A Demon Slayer?