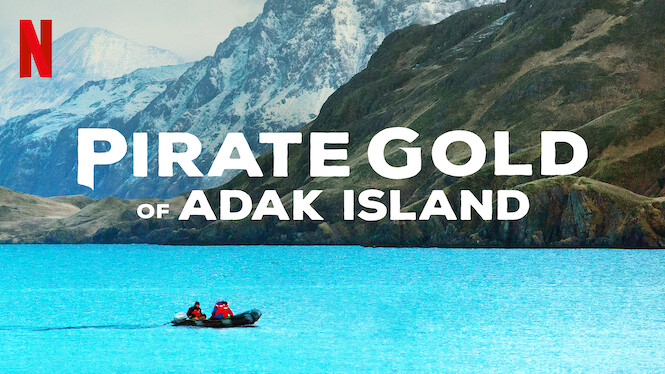 The show is based on the story of an expedition group that goes on an adventure on Adak Island to hunt for the treasure of gold coins. It is said that during the 1800s a pirate buried his gold coins on the island. It is said that the gold hidden by the pirate is worth 365 million dollars. The team goes to the island and hunts for the gold coins. The show covers the entire journey of the team as they go on this treasure hunt.

The show has been presented by Netflix in a documentary form with narrations and interviews of the team members of the group that went on the adventure. The screen time of each episode is from 25 to 35 minutes. IMDb has rated the show 5 out of 10. The adventures and the story related to this show are what attracted the viewers to this show.

Is Pirate Gold Of Adak Island Based On A True Story?

The main plot of the show is that an expedition group team went to Adak Island to hunt for the treasure hidden by the pirate is true. The show is tagged as a reality show by Netflix and presented in the form of a documentary. There are interviews of the team members recalling their experience on Adak Island. According to sources, these interviews were filmed in 2021 in LA. As the team members were filmed during the interview there might be a lot of exaggeration about the events by the Netflix team to make the show more interesting. The main plot of the show might be true but the events depicted may be exaggerated and not the exact version of what happened.

Their exaggerated narrations of the events look more intense than the scenes in the movie. This is why many people do not believe that the plot of the show is based on a true story. As the interviews were filmed separately there must be editing from the team on how the team members express themselves and how the narration takes place. Well, an original story being exaggerated in a web series or show is not a new thing as every documentary does that to make it more interesting and intense for the viewers.

Another thing that the viewers pointed out was the exact locations of the camera capturing all the close-ups and shots perfectly. If a real event is captured or filmed with a camera it is obvious that the camera will be placed at a distance in such a manner that it doesn’t disturb the activities happening during the event. If the cameras are placed at a distance taking such perfect close-up shots is not possible. So it is also speculated that the makers might have taken a few retakes as well to get the perfect shot.

There is a shot in the series where the team finds a gold coin buried in the can under the sand. The condition of the gold coin when it is taken out of the sand is fresh and it has no dust or sand particles on it. If something that was buried in the sand for years is taken out of the sand it is obvious that it will not be fresh and clean. So it is also said that the team cleaned the gold coin and used it in the scene to create a better impact.

One of the viewers also noticed that the team strategised they will be exploring for the gold coins around their boat as there are hints that gold coins are present in that area. But later in the episode, the team starts hunting for the gold coins at any place on the island. viewers said that the team was contradicting their strategy. But we think it’s okay to search for the treasure in different places if you didn’t find the treasure at the place where you thought it would be. After all, they are there to hunt for treasure and they should hunt all the places where the treasure possibly could be.

The original plot of the show is based on true events. This can be said as there are many pieces of evidence to prove that there was gold hidden by the pirate on Adak Island. So we cannot say that the events shown in the series are not true. Although there is a lot of editing with the kind of narration and scenes shown in the series. But this is done in many documentaries to make the series more interesting for the viewers.

There are many scenes which are highly edited and created with more intensity than the original ones. It is also possible that the scenes that are shown in the series are a result of several retakes and many scenes have been shot with a time gap in between them. This is what calls for speculation from the viewers that the series is not based on true events.

Even after a lot of debate on whether the series is based on true events or not the show is quite interesting as it has a lot of adventure, historical stories related to the pirate, and Treasure hunting which makes it very interesting for the audience to give it a watch. So despite all the speculation, the viewers seem to enjoy the stories and Adventures shown in the series.

During World War 2, this Island was used by America as a base to attack Japan. When the American workers constructed the base camps for World War II the workers found a can filled with gold coins. After the research was conducted, it was found that the coins were hidden on the island during the 1800s. Later in 1959 a construction worker also found a similar can filled with gold coins during the construction of drainage. All these events hint that the story of the pirate hiding his gold coins and the island is not a story but a true event

ALSO READ: Is There An Ozark Movie? Here’s The Answer!