Netflix recently released its newest web show and it has everyone on the edge of their seats. With Pride month going on it couldn’t have been a better time to release this lesbian vampire show called “First Kill”. Now if you’re a fan of the iconic “Twilight” or “The Vampire Diaries” series hang on tight because this show is definitely for you. The show revolves around two teens named Juliette and Calliope and the star-crossed lover’s romance because one of them is a Vampire and the other a Vampire Hunter. Now we don’t want to give everything away, so to figure out who is who, you’ll have to watch the show yourself!

Where Was First Kill Filmed?

The series was filmed in Savannah, Georgia. This is also where the premise of the show is actually based, so the show’s location remains true to its storyline. The show greets us with picturesque locations and aesthetic shots all along with the episodes. We even see the high school called Lancaster Academy, where our main characters go, and several neighbourhood residential areas. Although there is no real Lancaster Academy, the use of a local school was done to portray this. If you look closely The Colonial Park Cemetry of the city is also shown in one of the scenes.

Not all scenes were shot outside though, many of the scenes were shot in a studio in Atlanta, the capital city of Georgia. Atlanta remains one of the most popular places to film, this is also where a lot of Marvel Cinematic Universe Movies were shot.

‘First Kill,’ a Netflix vampire series, based on Victoria “V.E.” Schwab’s tale of the same name. It puts a fresh take on a historical conflict between vampires and a community of monster hunters. Juliette and Calliope are classmates at Lancaster Academy and end up liking each another. The generations of animosity between their families, on the other hand, is an intriguing obstacle to overcome.

The first season of First Kill follows two Lancaster Academy students, Juliette Fairmont (Sarah Catherine Hook) and “Cal” Burns (Imani Lewis). They’ve been fascinated by one other since the first day of school, but they have no idea that their families are bitter rivals. Cal is a vampire hunter by her ancestry, while Juliette belongs to a vampire family. With the development of their complicated feelings for one another, however, the two find themselves in a difficult decision that might change everything, forcing either to pick their families or the love they have for each other.

Juliette makes the risky decision of turning Theo (Calliope’s brother) into a vampire near the end of Season 1, without considering the consequences. Cal’s vampire-hunting family disapproves of his new identity, but Juliette’s decision saves Theo’s life.  But Theo’s family almost kills him because they refuse to break their hunting code, but Talia(Calliope’s mother)  saves him. Despite the fact that Theo’s story finishes happily, he is now being chased by his own family. As a result, it’s likely that he’ll train with Oliver in Season 2 to improve his vampire skills and draw out a new identity for himself.

After season 1 ends at a cliffhanger, fans are super excited to watch season 2 of First Kill. But unfortunately, the series has not been renewed for a new season yet.

The Cast of the first kill is one of the best with Sarah Catherine Hook playing the character of Juliette Fairmont the Vampire, you might recognize her from her roles in Conjuring 3: The Devil Made Me Do It where she plays the character of Debbie Glatzel. Starring alongside Sarah is Imani Lewis who plays the character of the Vampire Hunter. Imani is also known for her role in the hit film Eighth Grade (2018). Along with these two, we get to see a lot of great actors like Elizabeth Mitchell, Aubin Wise, Gracie Dzienny, and many more.

First Kill has done everything right when it comes to representation, not only are the main characters people of colour and of different ethnicities but also not your typical straight cis agenda. In fact, the existence of Black people in the Fantasy or Sci-Fi genres is almost non-existential. All of this makes First Kill more than just a typical vampire teen drama, it is a Sapphic romance full of angst and tragic storytelling.

Where To Watch First Kill?

All 8 episodes of First Kill are ready to be streamed on Netflix! Happy watching! 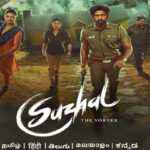 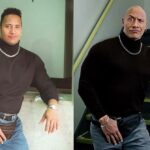