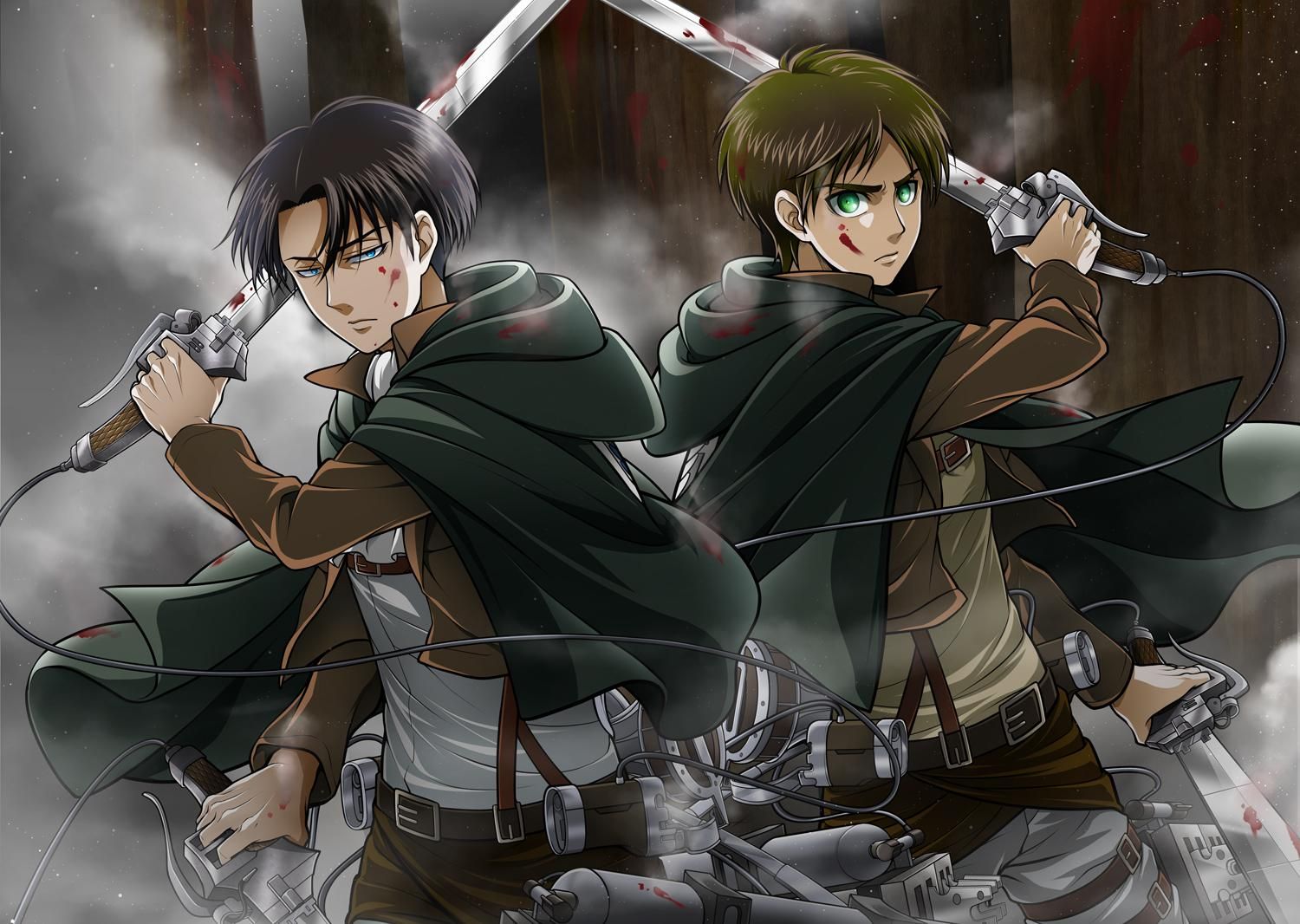 Levi and Eren both are two of the most popular characters in the anime community so obviously, people will keep comparing them now and then. Attack on Titan has managed to establish itself as the most loved anime all around the world with the popularity of the series every character from the series has managed to get a dedicated fanbase of its own. If you have seen the series then you might be well aware of the two characters’ popularity, Levi Ackerman being a supporting character has broken all the records to become fans’ favourite. Eren Yeager the protagonist of the series did not have many fans until later in the series when he grew up and people all of a sudden started liking his character. Both the characters are extremely popular and have good traits that make them distinct from each other. if you are curious to know which character is better than the other then you can make up your mind after reading the entire article. Though we would suggest you not do that because it might not be easy since both the characters are well written and you can barely find any flaw.

Levi is sure capable of wiping out Eren, it is no hard task for him since he has already managed to defeat the beast titan twice. Levi has the speed to face off the jaw titan, a titan that is greatly known for its speed. He has outmanoeuvred the female titan who has always been praised for her fighting ability. When the Ackerman blood awakens he gets the fighting spirit of his ancestor Ackermans. We are sure with Levi’s s skills and speed we do not see a reason why he can not defeat Eren in a battle. Eren does have a war hammer but even the previous war hammer was unable to hit Mikasa, even though the previous war hammer was far more experienced but still managed to miss it so we are not sure if this power can give Eren some certain superiority against Levi. Even Eren’s hardening ability does not matter when fighting the female titan Levi had no difficulty cutting her up before she could even react. Further in the series, Levi has also got the insanely powerful thunder spheres that beat Zeke’s hardening within seconds. We can assure you that if a battle between the two ever takes place then Levi would win the round.

Levi has proved that he is strong again and again even without any titan power he has managed to slaughter tons of titans. Levi is much stronger than any average person even though he is small in size but that does not change the fact that it gives him extreme agility to move faster and quicker than other survey cops. He is also gifted with strength that he has gotten from the Ackerman bloodline, with his steel blades and ODM gear he has managed to give deep cuts to pure titans and titan shifters. He has also defeated the beast titan twice on his own, so you can get a better idea of how good of a soldier he is. Eren is extremely powerful he has lifted a giant rock in his titan form that places his lifting strength at over 700 tonnes, he has also thrown the female titan apart from rumbling buildings he is much more capable than you can imagine. He has lifted a steam cruiser and has again proved himself how good he is at lifting strength.

MUST-READ:What Are The Hidden Powers Of The Ackerman Clan?

Anyone can barely beat Levi in the speed battle, he has an amazing reaction speed. Most titan shifters have crazy combat speed as they are capable of breaking the sound barrier with their attacks but Levi being a human has beaten them many times, by not just reacting to their punches and attacks he has also managed to give them deep cuts even before they could grasp what’s happening with them. We have also seen him reacting to the rock thrown by the beast titan in slow motion, he has also dodged many bullets in his fight with Kenny which can give you a better idea of how practically amazingly fast he is. Eren at the beginning of the series was able to react to the cannon shots. He has also dodged many cannons in his attack form so it’s quite impressive.

Levi’s durability is as amazing as we expect him to be he is far more durable than any other average human. Whereas Eren’s durability was not impressive in the beginning but that changed after he acquired the Warhammer which gave him another lift against Levi.

Levi is far more experienced and better at making rational decisions than Eren who always makes his decision because his anger or emotions take the best of him. When Erwin and Armin both died Eren kept telling Levi to revive Armin, Erwin being Levi’s best friend and support also had the equal chance to be revived but Levi decided that he has struggled enough and now he does not deserve to fight anymore so he revived Armin instead of his own family like friend at stake.

In terms of skills, Levi is a far more experienced and greater fighter than Eren he has been in action since Eren was just a kid which gives you an idea of how long he has been working as a survey cop he is far more superior than Eren. He has single-handedly managed to slaughter tons of titans with his skills, even though he does not have any titan abilities. He is far more experienced and amazing in comparison to any other titan even the beast titan could not escape from his grasp.

ALSO READ:  Who Got Historia Pregnant In Attack On Titan?

Levi has seen his teammates dying on the field and he is well aware of the cost of losing his family like friends. But he still goes to the field with his head high to slaughter the titans he knows that this is what they died for and they need to get to the depth of it so their souls can rest at peace. Meanwhile, Eren being a child lost his mother in front of his eyes which deeply affected his personality not until later in the episodes did he manage to understand everything before that he was just an annoying kid who wanted to take revenge without knowing a fact or two. Levi is humble and calm even though the people within the walls talk highly of him and give him immense respect he does not ever take credit for being the best soldier. Meanwhile, in the latter episode, Eren behaves oddly after sprouting the idea that he is the only saviour of humanity and starts dismissing his friends to keep his belief.

Attack On Titan follows the story of three kids who have lived their lives surrounded by a few giant walls two of the friends had a dream to see the ocean one day but that dream remains a dream until later. One day giant titans break the walls and enter the Shiganshina District, they tarnish the district and kill the mother of the protagonist in the process. After all this havoc the wall surrounding the titans get closed and all the surviving people are transferred to another wall the three kids then fight their way by managing to survive for days and join the military division to take their revenge. The story then follows their lives after joining the division and all the hidden secrets about the world outside the world they discover many new things in the process while they lose their friends in this humans and titans battle. The story keeps on unfolding until later when the kids learn about the world outside the wall and how titans are not the real enemies but their real enemies are in fact, humans.
The series has completed four seasons so far and fans can barely wait for the next season, which will be released someday in the year 2023.

The latest season of the series is streaming on Funimation (UK), Hulu (US), DIRECTV (US), Adult Swim (US) Spectrum (US) and Funimation (US) currently.

MUST-READ: Itachi Vs Madara: Who is Stronger?