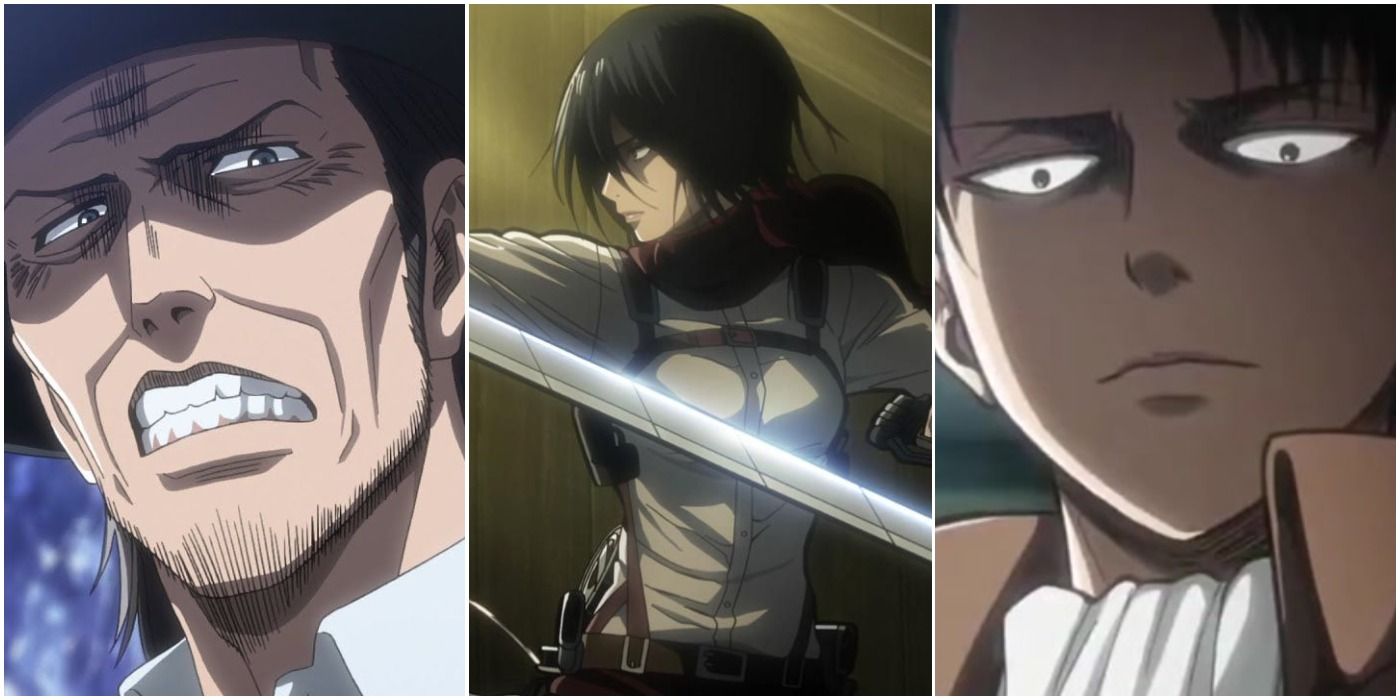 Ackerman Clan is a popular group of members in a Japanese Anime Series called Attack on Titan. They are Eldians living in the walls, who originated from a group of bloodline warriors that protected Eldia’s King. Fans seem to love the clan and the various superpowers they display in the series, however, many aren’t aware of their “secret powers” and the source that gave it to them. Although one of the powers possessed by the Ackerman Clan as seen in the series, is their immunity to the power of Founding Titan, there are also other “hidden powers” that they have demonstrated throughout the series. Let’s see what they are!

What Are The Hidden Powers Of The Ackerman Clan?

Some Ackermans of the clan possess a special power known as the “Awakened Power”. Levi Ackerman calls it “knowing exactly what needs to be done”. Basically, this lets them manifest the powers possessed by their Ancestral Titans as humans and use them without inheriting or becoming one themselves. It is a tremendous power that surpasses all human beings. However, the power still needs to be triggered through their survival instinct, in order to be awakened. For example, When Mikasa Ackerman was Nine years Old, she was rescued by Eren, from the dangers of three men who tried kidnapping and selling her. However, it was when Eren asked her to “fight”, that Mikasa’s hidden power instantly activated and she was able to kill one of the three men through a single stab and crush the handle with her bare hands. Similarly, Levi and Kenny also had moments that triggered their awakened power.

Eren Yeager, a member of the Yeager family, once made up a story stating that the condition to unlock their potential power is to find a “host” and obey his power whenever the person faces a threat. According to his theory, this will trigger the power in his blood to protect the host. He also says that an awakened Ackerman experiences sudden headaches when he tries to fight the host. However, other members didn’t seem to believe this theory as they had no idea about the truth behind Mikasa’s headaches.

Armin also speculated that Eren was lying and using Mikasa’s headaches to support his theory.

After the Great Titan War, the Ackermans along with the Asian Clan moved inside the walls built by King Fritz to protect the Eldians. However, the King attempted to erase the memories of all the people inside the wall but failed because of their Immunity to the powers of the Founding Titan. The king then doubted his ability to control both the clans, so he decided to persecute them to the point of extinction. But, the Ackermans refused to serve the false idea of Peace that he brainwashed people into believing. The head of the clan decided to give up his own life in order to save the rest of the bloodline members and ended up getting executed.

One more interesting fact about the Ackerman Clan is that the descendants were never made aware of the world of execution before the walls. The next generation hid this reality in order to protect them from the execution. As a result of which, the newer generations also grew up being unaware of the Ackerman History.

However, this didn’t stop them from being oppressed. The late generation members of the clan were still chased by the monarchs as a result of which, some took refuge in the underground city, and some of them fled away to mountains outside the walls. Even after escaping, someone got in the way of their business and they still remained poor.

The oppression only stopped after the then king Uri Reiss, met Kenny Ackerman for an assassination attempt. He ended up apologising to Kenny for all the sins committed by previous monarchs and accepted him as his right-hand man.

This is the backstory of the series that many don’t seem to know about.

ALSO READ: Itachi Vs Madara: Who is Stronger?

Immunity To The Founding Titan

Founding Titan, Ymir Fritz, is one of the Nine Titans who built the Eldian Empire and became the first Titan by obtaining the Power of the Titans. He has the ability to control the Titans with its screams. However, members of the Ackerman clan possess a power that makes them immune to the powers of Founding Titan. The Ackermans are subjects of Ymir but they are immune to the power of the founding titan trying to erase their memories of the subjects of Ymir. However, this led to Kenny’s Grandfather believing that Ackermanas aren’t subjects of Ymir.

Who Are The Members Of The Ackerman Clan In Attack On Titan?

Family has been an important aspect of the Attack On Titan Series. Four main characters in the Ackerman Clan that come from the same bloodline include Levi Ackerman, who is an expert at 3D manoeuvring and seems to be stronger than an entire brigade, Kenny Ackerman, a serial killer who is also known as Throat Slasher Kenny, Kuchel Ackerman and, Mikasa Ackerman, who has got Ackerman blood in her from very early on through her father’s side. Levi and Mikasa are the two most popular characters in this series that fans seem to love the most.

Whereas, Eren, Grisha, and Zeke are members of the Yeager Family, who have inherited five of the Nine Titans. Zeke is also a part of the Fritz Family along with many others including Historia, Rod, Frieda, Uri and Karl.

What Is The Ackerman Family’s, Origin Story?

The Ackerman Family was first introduced to Attack on Titan through Kenny Ackerman and his Nephew Levi Ackerman. The former has served as a mentor to his young nephew, whose mother had passed away sue to an illness. From the very beginning, Kenny was a legend in the series, which is why he was called “Kenny The Ripper or Throat Slasher” considering the brutality his victims were subjected to.

Through all the training, Levi had become one of the most powerful soldiers in the Attack On Titan Series. Later, he confirmed that he had gained his Awakened Power and asked Mikasa if she had to.

The first few seasons of Attack On Titan are streaming on Netflix as well as Hulu.

MUST READ: How Strong Is Gojo Satoru In Jujutsu Kaisen?