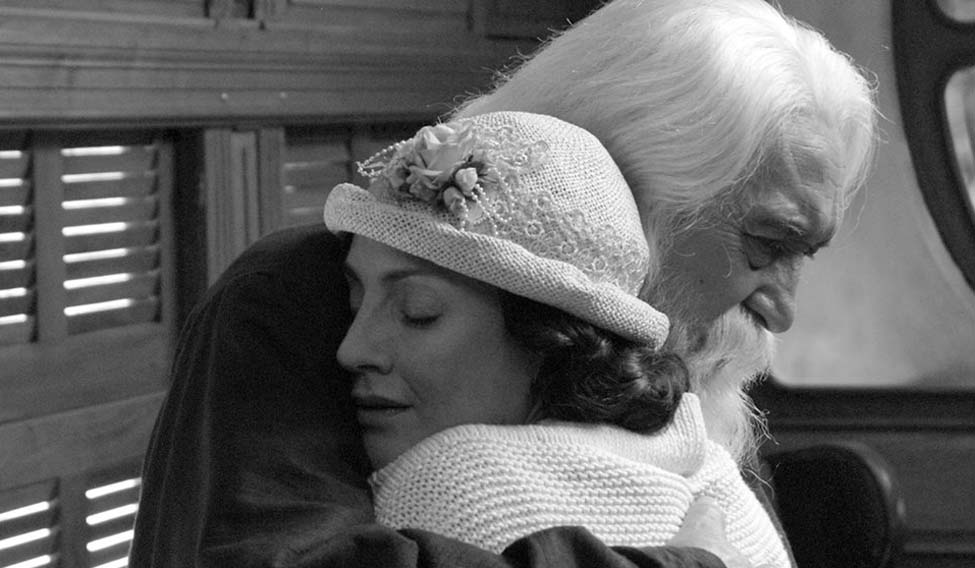 Directed by Pablo Cesar, Thinking of Him is an Indo-Argentinian movie which explores Rabindranath Tagore’s relationship with Victoria Ocampo. Caser is said to be making films from a young age with the help of his older brother. He has also been a professor at a University since the year 1992. This is his upcoming film where he attempts to tell a hidden chapter of Tagore’s life.

Is Thinking Of Him Based On A True Story?

The answer to this question is YES! Starring Victor Bannerjee and Eleonora Wexler in the lead roles, the film is based on the true story which was a part of Nobel Laureate Rabindranath Tagore’s life. The director has attempted to recreate an untold chapter of his life. Allegedly, he had a close bond with Victoria since they met for the first time in 1924. On November 6, 1924, when Tagore had to halt in Buenos Aires for a medical rest while he was on his way to Peru for a country’s Independence celebrations, Victoria was the one taking care of him. She took it on herself to rent a mansion in the suburbs and put him up there. During the stay, Tagore felt platonic love for his caretaker but Victoria felt something more than just a mere admiration. Her love seemed to be on a spiritual level as she idolized him after reading the french translation of “Gitanjali”. She is also said to have gotten a spiritual awakening from him.

The story in the film alternates between two different eras- one being black and white and the other being in colour. The Black and White shots are the ones with Tagore and Ocampo and the colour shots are the ones with Felix, an Argentine teacher who happens to visit the Poet to learn his methods of teaching. There he meets Kamali who assists him in the spiritual journey and helps him fight his inner demons. Both the timelines are shot beautifully, however, the most intriguing scenes of the film are definitely the ones that involve both Tagore and Ocampo. Their bond seems captivating and rather authentic. To make it more interesting, the makers have used Tagore’s poems that are narrated in the background throughout the film. Co-produced by the award-winning filmmaker Suraj Kumar, Thinking of Him is a good insight into the personal life of a rather renowned poet. The film was released on Rabindranath Tagore’s 161st birth anniversary. If you are someone who is curious about this chapter of Tagore’s life, you should consider giving it a shot!

Talking about the shoot that took place in India, director Pablo Caser says they had a unique experience. He stated “I have known India since 1994. Although it is difficult to know all of it. But over the years, I have understood many things about the idiosyncrasies and behaviour of people from India, a country I personally admire a lot”.

Suraj Kumar also shared his thoughts regarding the film expressing his gratitude to Caser for helming the film and Victor for portraying the role of Gurudev Rabindranath.

When asked about any judgements that the film would receive, actor Victor Bannerjee says, the story is about what Victoria felt for Tagore and not what people feel for him.

He added further that people often tend to worship heroes but feel afraid when it comes to criticising icons.

Thinking Of Him Cast

Indian Actor Victor Bannerjee is seen portraying Rabindranath Tagore along with Argentine actress and writer Eleonora Wexler. Victor is said to be superb at being the Great Indian Poet while Wexler is seen being absolutely effortless on-screen as well. She plays Victoria gracefully and with dignity. Other actors playing supporting roles in the film include Hector Bordoni, Raima Sen- whose role is just limited to helping Felix during her healing journey and Nilda Raggi.

Thinking Of Him Release Date

Thinking Of Him is already released in the theatres on May 6, 2022.

READ MORE: Is The Photographer: Murder In Pinamar Based On A True Story?