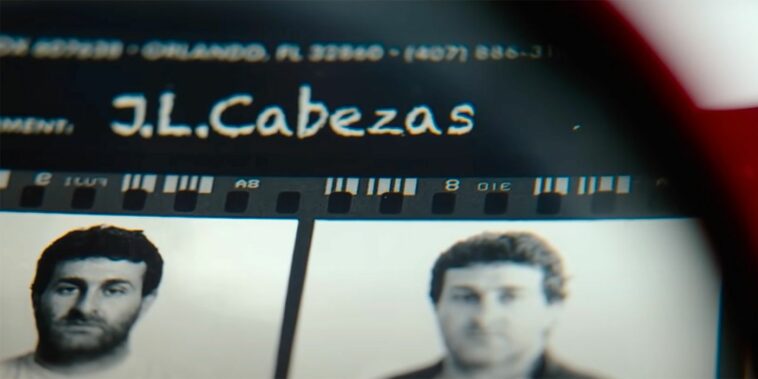 On the 25th of January, 1997, José Luis Cabezas was kidnapped, tortured, and brutally murdered. His last moments were filled with suffering, right until he was shot twice in the head. Why? He took a photograph he shouldn’t have.

The Photographer: Murder in Pinamar (El fotógrafo y el cartero: el crimen de Cabezas) in the original Spanish) is an Argentinian documentary that is planned to release on the streaming platform Netflix on the 19th of May 2020. It follows the story of Argentinian photojournalist José Luis Cabezas, who was investigating and photographing businessman and postal service mogul Alfredo Yabrán among others, a man who allegedly had connections with corrupt government officials. Soon after, Cabezas was kidnapped, tortured, and murdered, by Yabrán’s people for unveiling a photo of him and his wife to the public.

The documentary highlights the importance of Cabezas’ work and goes into detail about the effects of his death on the political climate of Argentina. It was directed by Alejandra Hartmann, alongside cowriters Tatiana Mereñuk and Gabriel Bobillo.

Is The Photographer: Murder In Pinamar Based On A True Story?

Yes, the documentary follows actual events surrounding the death of José Luis Cabezas in 1997. The title comes from the name of the exclusive beach resort that Cabezas died in, Pinamar; it was famous for attracting those in power, and this was where Cabezas photographed Alfredo Yabrán.

The name in the original Spanish, El fotógrafo y el cartero: el crimen de Cabezas, translates to ‘The Photographer and the Postman: the Cabezas Crime’, with ‘the Postman’ referring to Yabrán, who owned a private postal company.

ALSO READ: IS HEARTSTOPPER BASED ON A TRUE STORY?

The Photographer: Murder in Pinamar Story

Alfredo Yabrán was a wealthy businessman, who was the legal owner of a private postal service, in charge of conducting airport security in Ezeiza, and owned a few other large companies. Despite this, his name was largely unknown until 1995, when former Argentinian economy minister Domingo Cavallo accused Yabrán of owning and driving, through proxies, multiple other companies. These included Ocasa (which Yabrán had legally sold), Correo OCA (which handled 30% of the Argentine postal market), and Ciccone Calcográfica (a minting and print company), and Villalonga Furlong (a transportation and logistics company).

Furthermore, Cavallo accused Yabrán of using this company for drug and arms transportation as well as money laundering.

Yabrán’s reputation had been sullied and his anonymity taken away, but he was still largely unknown to the general public. Additionally, despite his name being connected with these crimes, Yabrán’s appearance was largely unknown, and no press official or journalist had been able to capture and publicize a photo of him.

It was to accomplish this goal that José Luis Cabezas died. He managed to take a photo of Yabrán and his wife, and the photo was published on the front cover of the magazine Noticias, famous for exposing corrupt companies and people. This was in 1996; one year later, Cabezas was murdered, and his death was viewed as an attack on independent journalism and the pursuit of the truth. Rallies began on the streets, and the slogan ‘No se olviden de Cabezas’ (Spanish for “Don’t forget Cabezas”) was popularized.

Throughout the investigation, suspicion fell upon the Buenos Aires police, with Noticias publishing an investigation titled ‘Maldita Policia’ (meaning Damned Police) detailing the illegal activities the force was suspected of, including illegal gambling, drug trafficking, and prostitution. Maldita Policia then became a common term to refer to the police by.

The next year, Yabrán was found dead with a gunshot wound to the face, rending him nearly unrecognizable. His death was ruled a suicide.

Finally, in 2000 an 8-member gang under Yabrán called ‘Los Horneros’ were convicted of the crime and imprisoned, many for life. One of them was even a police officer.

The documentary will go over all these details and more, following the minutiae of the investigation and the large impact the murder had on the Argentinian political climate.

Where To Watch The Photographer: Murder in Pinamar Online?

The Photographer: Murder in Pinamar will be available on Netflix on the 19th of May, 2022. It will be available in Spanish with Spanish and English subtitles. A Netflix subscription is necessary to access it, which can be acquired under several plans including a mobile-only plan or a family plan that provides a subscription to multiple devices.

Although it isn’t released yet, the documentary page is up on the Netflix site already, and members can set a reminder using the ‘Remind Me’ feature, which will add the show to the user’s ‘My List’ the second it releases.

READ NEXT: IS CYBER HELL BASED ON A TRUE STORY? 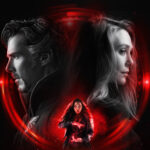