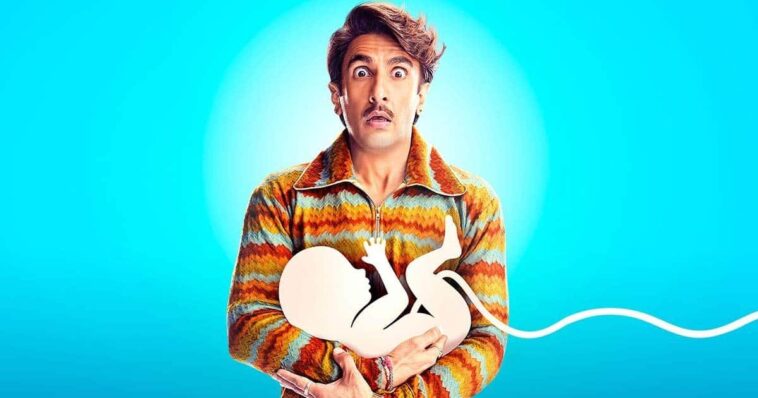 About a month ago, Ranveer Singh dropped the first look of his upcoming film Jayeshbhai Jordaar and took the Internet by storm. It received exciting responses from all the fans and viewers. Some of them also hailed the actor for being absolutely unrecognisable in the poster. Ranveer, a powerhouse of energy has always been the ideal Sanjay Leela Bhansali Hero with some of his most successful films being Bajirao Mastani, Ram-Leela and Padmaavat can be seen experimenting with roles lately. We have seen him deliver some incredible performances in the last few years with films like Gully Boy, Simmba and 83. And now he is all set to prove his versatility yet again with Jayeshbhai Jordaar.

Directed by debutant Divyang Thakkar and produced by Aditya Chopra under Yash Raj Films, Jayeshbhai Jordaar is a comedy-drama film that touches upon a crucial issue in our society. The trailer that dropped on the 19th of April, gives quite some insight into what might be in store for us. But one question that arrives in mind after watching it is that is it a true story? Let’s Find Out!

Is Jayeshbhai Jordaar Based On A True Story

The answer is No! Jayeshbhai Jordaar is neither a true story nor is it based on the life of any person living or dead. It is a purely fictitious film intending to make an impact on society with a story that’s told in an entertaining way.

The story is set in a small village where orthodox thinking still persists in people’s minds. Ranveer can be seen playing the titular role, where he happens to be the son of a Gujarati Sarpanch who believes in equal rights between both the genders- Male and Female. However, when a girl residing in the village complains about facing harassment from a few drunk guys and pleads to ban alcohol, the sarpanch replies with a rather stupid idea of banning soaps instead. The logic is – If the girls use fragrant soaps, it is bound to arouse boys. Shalini Pandey is seen playing Kinjal, the wife of Jayeshbhai. She is portraying the role of a mother who is pregnant for the second time. Whereas, their in-laws can be seen longing for the birth of a Male child. The scene where Jayesh’s Mother talks about aborting the child if it happens to be a girl and further calls her a “Panoti” makes you feel furious as well as disappointed.

ALSO READ: Is Hold Your Breath Based On A True Story?

The entire drama of pressurizing a couple to give birth to a boy and performing various superstitious activities for the same is an age-old story that many have lived. But, this is a first for Bollywood in recent times. Although the film is non-commercial, the fact that a mainstream actor is taking the lead might just increase the chances of a good box office collection.

After watching the trailer, it is clear that Ranveer Singh has nailed the Gujarati accent. He is completely into the character and also draws some similarities from him. In reference to this, he says, there are several parallels between his life and Jayesh’s life. He says, Sometimes when you are faced with daunting circumstances, you think to yourself how am I going to overcome this to achieve things. He further talks about the amount of courage and fortitude that propels him forward to tap into overcoming all those obstacles and adversities that gets him where he wants to be.

Talking about the character Jayeshbhai, he says “He’s an ordinary man who does extraordinary things”.

The cast members include Ranveer Singh and Shalini Pandey playing the lead roles as a couple. Jayeshbhai Jordaar also marks the latter’s Bollywood debut. She has previously worked in Tamil and Telugu films like Arjun Reddy and 100% Khadal.

Jayeshbhai Jordaar releases on May 13 2022, only in theatres.

READ MORE: Is Thar Based On True Story? Know Here! 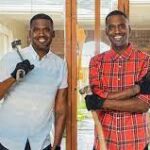 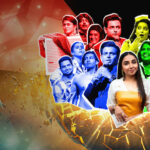