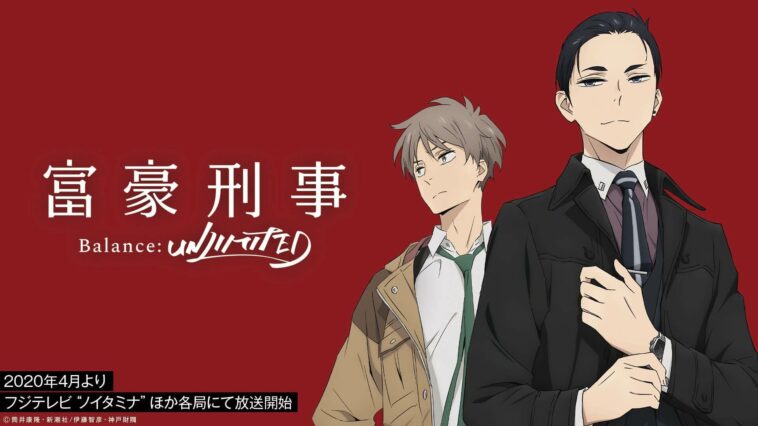 The show follows Daisuke Kambe, head of the rich and powerful Kambe family as well as a police detective in the Metropolitan Police Department’s Modern Crime Prevention Headquarters. He is partnered with Haru Katou, who is constantly annoyed by Daisuke’s use of bribery and his personal wealth to solve problems.

It is unlikely for The Millionaire Detective Balance: Unlimited to receive a renewal as the production company CloverWorks rarely runs series from more than a single season. The rare animes that have been renewed by CloverWorks have been exceptionally popular. Additionally, The Millionaire Detective Balance: Unlimited doesn’t hold up against CloverWorks’ more popular series like The Promised Neverland.

If the show does receive a second season, it will likely be either towards the end or after 2022. It’s understandable that people are hoping for more, though, with the relationship between Kambe and Katou being a great draw for audiences.

The Millionaire Detective Balance: Unlimited is a light-hearted and comedic buddy-cop style show, focusing on the relationship between the main characters Daisuke Kambe and Haru Katou. Daisuke Kambe’s motto that money can solve any problem is a particularly frequent punchline, with each episode having a counter for the costs they incur as a result of their hijinks. In the last episode of the first season, episode 11, the costs incurred come up to unlimited.

The show deviates a little from its source material, Yasutaka Tsutsui’s The Millionaire Detective. It highlights comedic events more and brings a light-hearted feel to the story.

Daisuke Kambe, one-half of the deuteragonist duo, is a police officer born into supreme amounts of wealth. He believes money can solve any problem, and often relies on it to do his work for him. He is aided by his artificial intelligence butler HEUSC and works in the Metropolitan Police Department’s Modern Crime Prevention Headquarters.

In addition to his seemingly infinite number of expensive gadgets that aid in his investigations, Daisuke Kambe brings his own skills to the job. He is smart and capable of keeping a cool head even in the tensest of situations. He is also a skilled fighter, and capable of hand-to-hand combat. Despite Katou’s original dislike of him, Kambe is amused by and even fond of Katou.

His Japanese seiyuu is Yusuke Onuki, and his English voice actor is Adam Rowe.

Haru Katou, the other half of the deuteragonist duo, works as Daisuke Kambe’s partner. He is a passionate police officer that is typically good at his job, but is forcibly transferred out of his role in Division 1 to the Metropolitan Police Department’s Modern Crime Prevention Headquarters after he embarrasses the police force while on the job. He is a protective person, and has a quick temper; he is especially annoyed by Daisuke’s insistence on resorting to the usage of money and bribery to get his way.

His Japanese seiyuu is Mamoru Miyano, famous for multiple roles including but not limited to Light Yagami in Death Note, Osamu Dazai in Bungou Stray Dogs, Rin Matsuoka in Free!, Ryuji Sakomoto in Persona 5, Tamaki Suou in Ouran High School Host Club and Flynn Scifo in the Tales of Vesperia. His English voice actor is Ricco Fajardo, who played Mirio Togata in My Hero Academia, Itona Horibe in Assassination Classroom, and Kotaro Tatsumi in Zombie Land Saga among other roles.

Where To Watch The Millionaire Detective Balance: Unlimited Online?

Those in India can catch The Millionaire Detective Balance: Unlimited on Netflix. It has all 11 episodes of the first season, with each episode running for 22 minutes. However, the English dub is not available on Netflix; only the original Japanese audio with either Japanese or English subtitles.   The Millionaire Detective Balance: Unlimited is also available on Funimation’s streaming service, and this includes the English dub. Unfortunately, this is only available to those in the United Kingdom, the United States, Canada, and Ireland.

READ NEXT: Say I Love You Season 2 Release Date And Story Updates! 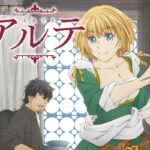 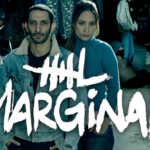