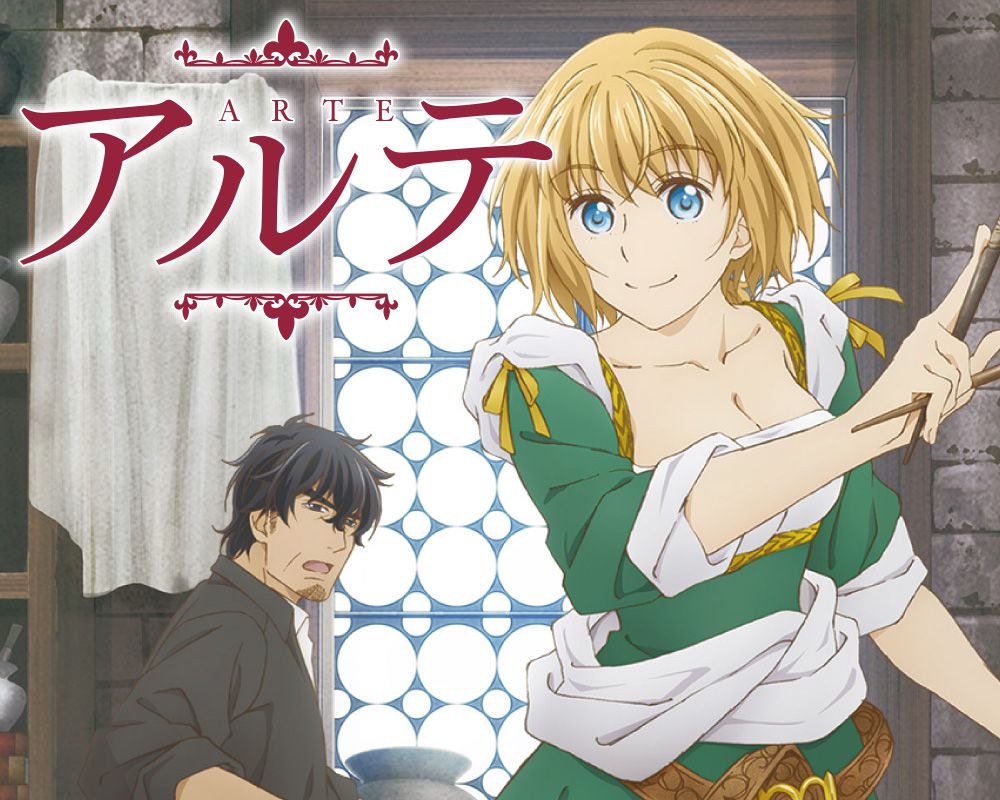 Arte is a Drama and Slice of Life anime surrounding the life of a noblewoman in the 16th Century who abandons her station to pursue being an artist in Renaissance-era Florence. Season 1 premiered in Spring 2020, with Funimation as the licensing studio.

The show has received praise for its unique take and its feminist themes as it pays attention to Arte’s difficulties not only as a novel painter but as a female one. It also takes care to establish strong female friendships, with Arte’s support coming not just from Leo but from other women who recognize her ability.

Arte is based on a manga of the same name by mangaka Kei Okhubo, which began its run in October 2013 as a serialization on Monthly Comic Zenon and is still ongoing. At the moment, there are 16 volumes, with only 3 volumes having been translated into English.

Arte Season 1 ran between April 4th, 2020, and June 20th, 2020 with a total of 12 episodes. Season 2 has not been confirmed, but since the series has good ratings and the manga has more that has yet to be covered, there’s a good chance there will be a Season 2. Some speculate that it could be as early as 2022, now that the manga has enough content for another season of the anime. Additionally, Arte is one of the most popular animes being animated by the relatively new studio, Seven Arcs Studio. They most probably want to keep it running as they build a reputation.

In the 16th century, Florence experiences a cultural and creative renewal as it begins to undergo the Renaissance. Arte Spaletti, a gorgeous young woman from an aristocratic family, aspires to be an artist and contribute to civilization’s revitalization. Her father recognizes her talent, pays for the best teachers, and constantly encourages her. However, after her father dies, she loses the only person who believed in her artistic talent. Her mother now demands that she marry a nobleman and live as a genteel housewife to not jeopardize her family’s reputation. Arte, unwilling to accept her fate, takes to the streets in quest of a master artisan who will take her on as an apprentice.

Arte faces a harsh reality in her quest for a mentor as she is utterly rejected for being a female artist. Nobody believes that women are capable of high quality, and consequently, no one wants to accept her. Fortunately, a renowned artisan named Leo accepts her as a disciple. Arte’s new life begins, far from the safety of her aristocratic background. She must earn her keep as an apprentice by overcoming different hurdles on the challenging path to becoming a full-fledged master artisan.

Arte Spaletti is a young noblewoman and heiress that leaves her life of safety and comfort to pursue her dreams of becoming an artist. She is the protagonist, and is voiced by seiyuu Mikako Komatsu (who voices Maki Zen’in in Jujutsu Kaisen) in the original Japanese and Felicia Angelle (Aoi Asahina in Danganronpa and Toru Hagakure in My Hero Academia) in the English dub.

Leo is a renowned artisan that takes on Arte, partly because he faces pressure for not having any apprentices, and partly because she reminds him of himself from when he tried to build a reputation for himself from a life of homelessness. He is voiced by the seiyuu Katsuyuki Konishi (Diavolo from JoJo’s Bizarre Adventure: Golden Wind and Jonathan Joestar from the Phantom Blood film, and Tengen Uzui from Demon Slayer: Kimetsu no Yaiba.) His English voice actor, Gianni Matragrano, is largely unknown in the VA world but gained popularity for his memes where he imitated the voices of multiple celebrities perfectly.

Though the two of them form the main cast of the show, other characters like Angelo Parker (Japanese Seiyuu: Junya Enoki, dubbing artist for Tom Holland, and English Voice Actor: Wayne Grayson: Yu-Gi-Oh! Duel Monsters), a sculptor apprentice who is in love with Arte, and Veronica (Japanese Seiyuu: Sayaka Oharo, Erza Scarlet in Fairy Tale, English Voice Actor: Erica Schroeder, Nurse Joy and Eevee in Pokemon), a rich and famous courtesan who admires Arte’s artistic talent.

Where to Watch Arte Online?

Arte can be watched on Funimation. Unfortunately, the service is not yet available in India, with Funimation only having Arte available for streaming in the United States, Canada, the United Kingdom, and Ireland. At present, there is no information on when it may open its streaming service to an Indian audience.