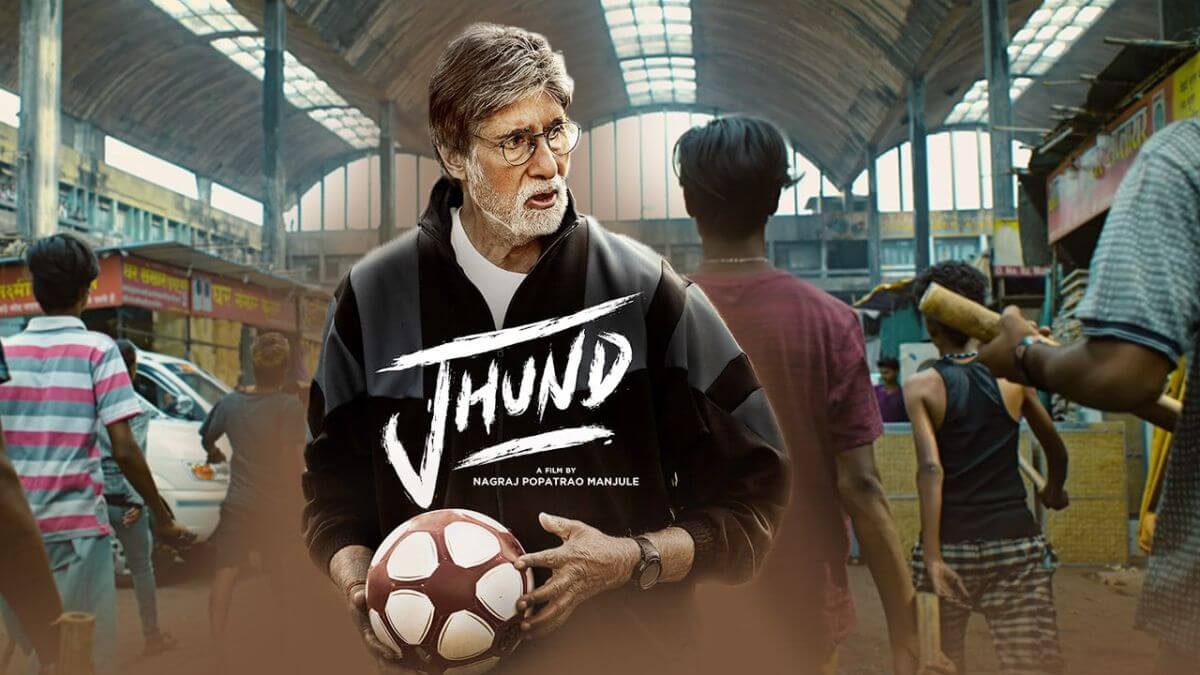 Heart-touching and inspiring stories always make us wonder if it is based or inspired by an actual event because the delivery of the plot does not seem like a work of fiction. Jhund is also such a film, the film is exceptionally well written and directed to the point that audience wants to if the film is actually a piece of reality.

Jhund is a Tseries production biographical sports drama film written and directed by Nagraj Manjule who is best known for his highest-grossing Marathi film Sairat, the film tells the inspiring story of a sports teacher named Vijay Borade, a group of a gang living in Nagpur slum who does illegal activities to make a living and a woman named Razia who used to be a footballer before her marriage Vijay takes the initiative to bring them all together to make a football team and their journey to an international football tournament. The film is truly inspiring and highly motivating 21k IMDB users have rated the film with an 8.6 rating, it has managed to capture the hearts of the audience, it has also gained positive responses from the critics.

Is Jhund Based On A True Story?

While leaving the theatres one thing has crossed everyone’s mind is it actually based on a true event? if you also happen to be that someone then you’ve guessed it right the film is in fact based on the real-life story of a Nagpur-based sports teacher cum social worker Vijay Barse who runs an NGO called slum soccer. Jhund depicts the real-life story of Sports teacher Vijay Barse played by Amitabh Bachchan in the film, and his journey of bringing together a group of slum kids who are indulged in illegal activities and a divorced woman named Razia and their entire journey from the beginning and the events that lead them to the international soccer tournament.

The film begins with Ankush and his group of friends who lives in the slum area of Nagpur indulged in illegal activities, one day he goes into a tiff with a garage that’s when sports teacher Vijay helps him out, Vijay is a footballer coach near the slum a kind man who helps out people here and there a girl named Razia who is a mother of three kids she divorces her husband after quarrel we also get to know that she’s an amazing football player.

The film was earlier scheduled to be released on 8 March 2020 but due to the rising cases of coronavirus in the country, the film was postponed. The film has finally hit the theatres on 4 March 2022 fans have been waiting for its release for the last two years Jhund is Amitabh Bachchan’s first release this year it is also one of the reasons why everyone was anticipating Jhund’s release.

Where To Watch Jhund?

You can watch the film in your nearest theatres, the OTT release date of the film has not been announced yet but the film is expected to be released on Zee5 somewhere in April or May 2022.