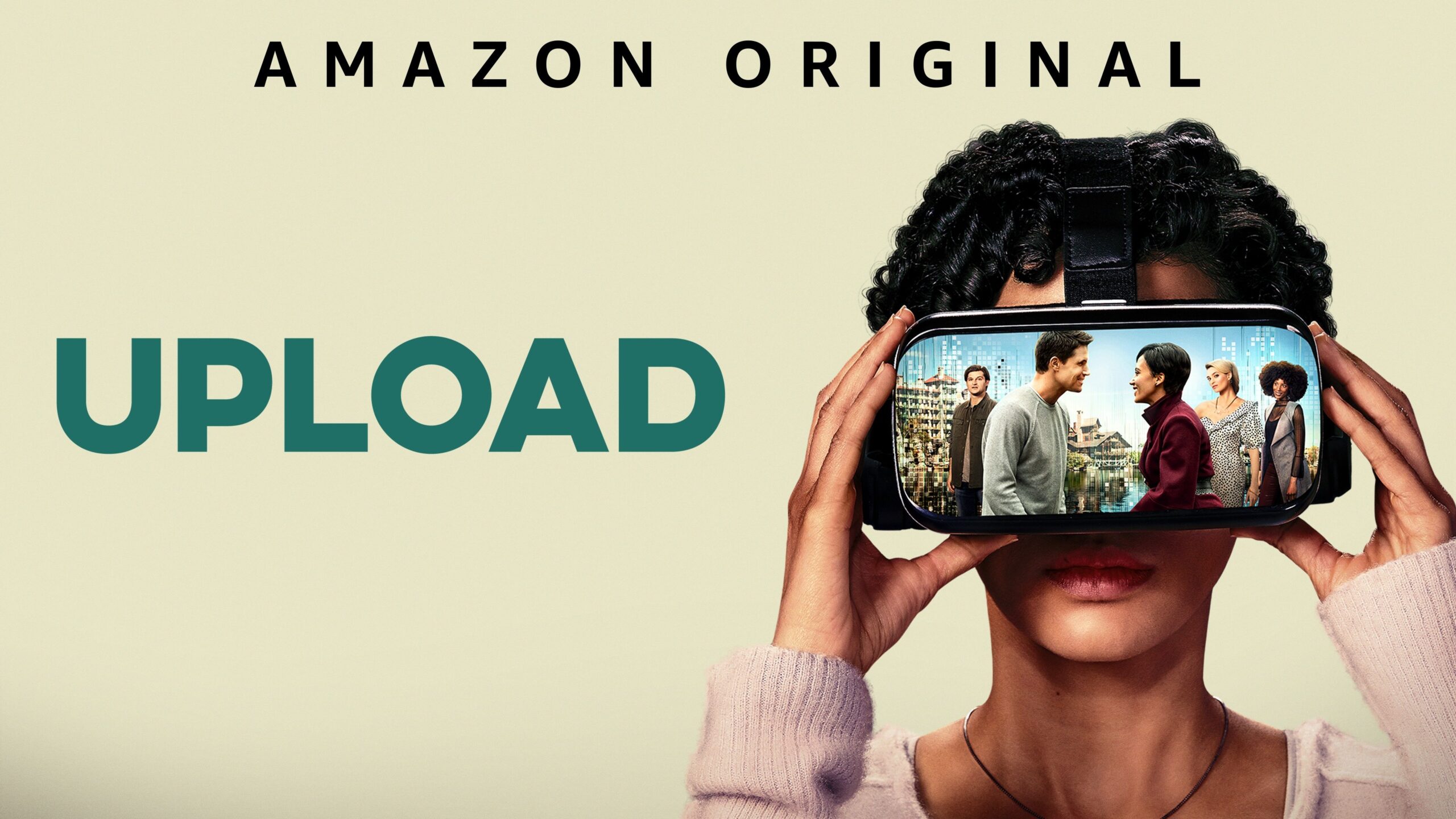 Upload is an American science-fiction series created by Greg Daniels. It is a comedy series with a total of ten episodes, starring Robbie Amell, Andy Allo, Allegra Edwards, Zainab Johnson, Kevin Bigley, and Josh Banday. The story happens in the year 2033 when humans have the ability to upload themselves into a virtual life of their choosing after their death.

Even after two years of the release of season 1, the audience is waiting desperately for season 2 of the series. The creators made the official announcement of season 2 of Upload, which is on March 11, 2022, premiering on Amazon Prime. Season 2 has a total of seven episodes and all seven episodes are releasing on March 11. So let’s wait for the release of season 2, till then just chill out.

The story begins with the death of Nathan. He dies in a car crash and gets uploaded to Lakeview where his girlfriend’s family lives after-life. There he meets his customer service member Nora. This brings a new beginning to his life. Nora is a middle-class woman who tries her best to get good ratings so that she will get her father’s loan. Meanwhile, Nathan attends his own funeral and travels back to after-life, whereas Nora finds something suspicious about Nathan’s death. But later thinks that she has judged him wrong and there is nothing wrong with his death.

After all these, Nathan and his girlfriend, Ingrid gets interviewed regarding the challenges they might face being a living and upload couple. In order to save Nora’s father’s life, Nathan visits the market to find hackers and takes her father on a do or die upload decision. This saves her father. Nora gets to know that Nathan is missing his memories and they stay up to recover his memories from the new operating system. After a long struggle, they find his memories and restore his memories. But unfortunately, this puts Norain in physical danger. This brings us to the end of Season 2.

In season 2, we will see Nathan, Nora, and Ingrid in a love triangle, where Nathan is unable to make a choice between both of them. Though Ingrid is his girlfriend, Nora’s personality really attracts him. His feelings get more complicated when Ingrid arrives at Lakeview in order to strengthen their relationship. Though he gets delighted to see her, his heart aches for Nora.

Robbie Amell as Nathan Brown, a 27-year-old computer engineering graduate who is uploaded to the digital afterlife Lakeview. Andy Allo as Nora Antony, a living woman who is Nathan’s customer service rep in his afterlife, Allegra Edwards as Ingrid Kannerman, Nathan’s loving girlfriend, Kevin Bigley as Luke, a former army corporal, and resident of Lake View who befriends Nathan. He also knows a lot of cheat codes in Lake View.

Where To Watch Upload?

Upload is available on Amazon Prime Video to watch. Season 2 will be available from March 11, 2022.

MUST-READ: WHEN ARE WE GETTING PIECES OF HER SEASON 2 RELEASE DATE?